"Mumbai FC brings a new challenge. Really happy that I will play with Anelka."

On July 10, 2015, the Indian Super League (ISL) held its first ever Indian players auction and draft in Mumbai.

Chhetri was the costliest buy in the auction, whilst Lyngdoh being the best value for money during the auction.

Each club were allowed to add a maximum of one player from the list onto their team sheet and the players not selected were instated into the domestic player draft which was held after the main auction event.

In the draft there were a total of 114 players available for the franchise club owners. Forty players were eventually picked by the teams based on talent and experience. 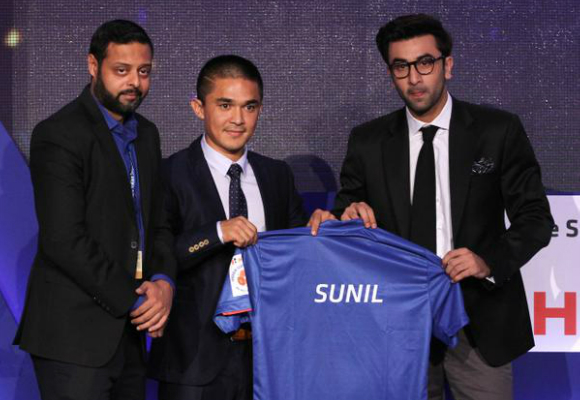 Bollywood was in attendance at the highly anticipated event. Hrithik Roshan and Ranbir Kapoor turned up to support the clubs that they co-own – Pune and Mumbai City respectively.

Strikers, Sunil Chhetri and Robin Singh were thought to be the most sought after players heading in to the auction with many of the franchises listing them as the players on the top of their wish lists.

Both are proven goal scorers and match winners on their day with Sunil playing an integral role in Bengaluru FC winning the 2013-14 league by scoring 14 goals.

And the bidders didn’t disappoint! Chhetri was top of the list in terms of value with a base price of Rs 80 lakh. 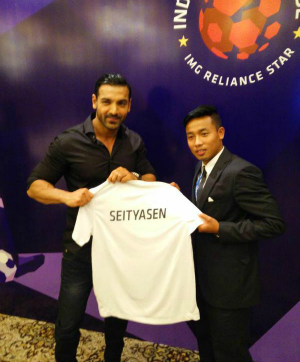 Chhetri was sold to Ranbir’s Mumbai FC for a staggering 1.2 crore, making him the most expensive player in the auction. He also looks to be the best-paid Indian footballer after being guaranteed 1.55 crore for the season.

He said: “Mumbai FC brings a new challenge…really happy that I will play with Anelka.

“Money is not a priority for me. Have been playing for 13 years and God has been kind to me.”

Singh will be making his way to Delhi Dynamos after their successful bid of Rs 51 lakh. Brazilian player-manager, Roberto Carlos, was pleased with the transaction.

The surprise package at the auction turned out to be midfielder Eugeneson Lyngdoh. He became the second crorepati at the auction as he was sold to Pune City for 1.02 crore.

Acknowledging family support, a delighted Lyngdoh said: “My family and friends were excited. My parent were very supportive of me.”

The only goalkeeper in the auction, Karanjit Singh, was sold for his base price of Rs 60 lakh to Chennaiyin FC.

Atletico De Kolkata had a clear vision during the auction proceedings as they agreed Rs 68 lakh for Japanese born Indian midfielder Arata Izumi. 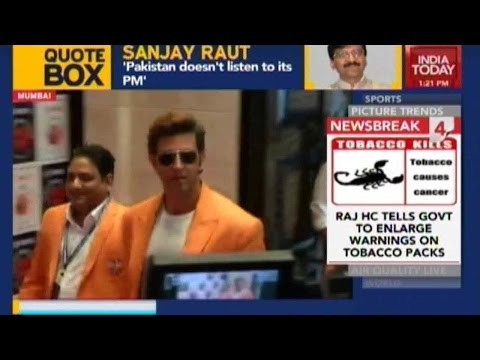 Here is the full list of ISL inaugural auction results:

Here is the full list of ISL inaugural draft results:

The Indian players auction and draft was a blockbuster event, with Sunil Chhetri and Eugeneson Lyngdoh becoming the two millionaires of ISL 2015.

“The ISL auction and draft was a great spectacle that showcased the very best of Indian Football talent. Now all eyes will be on the international signings to follow.”

With organisers and owners attracting so many more players, the international popularity of the ISL has increased rapidly from the inaugural season in 2014. This indicates people are definitely paying attention to the ISL.

In the coming months the focus will switch to international signings of the Indian Super League. The international players deadline is on September 01, 2015.