As Warner Bros announces that there will be a new series of The Big Bang Theory, Kunal Nayyar prepares to resume his role as Raj on the show. DESIblitz takes a look at Nayyar and the rise of South Asian actors in American television.

Nayyar is not the only Indian American to be seen earning a high amount in a US sitcom.

Warner Bros has announced that it will pay the stars of The Big Bang Theory a $1 million (£594018.25) per episode salary for the upcoming season of the show.

Johnny Galecki, Jim Parsons and Kaley Cuoco will now earn significantly more than the $100,000 (£59401.82) they were paid before, and in addition they will receive an increased share of the profits of the show.

However, the studio would not back down, threatening to possibly write both characters out of the next season if Nayyar and Helberg insisted on being paid more generously. 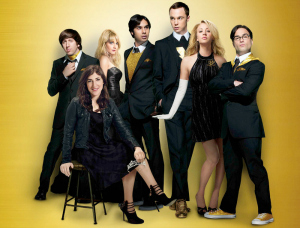 Though these two actors have been in The Big Bang Theory from the show’s beginning, they are viewed as supporting actors and so are paid less, and have less of a share in the show’s profits.

Though Nayyar will not be paid the massive $1 million per episode that the main characters are set to earn, his salary will still increase by a large amount.

Interestingly, Nayyar is not the only Indian American to be seen earning a high amount in a US sitcom.

Actors such as Archie Panjabi, who plays Kalinda in The Good Wife, and Mindy Kaling who in fact headlines her own show, entitled The Mindy Project, are showcasing Asian American talent in the TV world.

In addition, Aziz Ansari from the show, Parks and Recreation; Hannah Simone from the hit sitcom New Girl; and Dev Patel from Newsroom demonstrate that US sitcoms are providing a whole new market for Asian American acting talent.

Nayyar himself has noticed the rise in Asian characters on American shows, saying: “Every TV show, it seems, now wants to have minority characters in it.”

Nayyar suggests that this is because big studios like Warner Bros have begun to reflect the increasingly mixed population of their audience, both in the US and abroad. 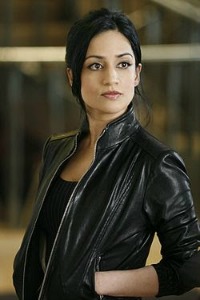 Bela Bajaria, executive vice president of Universal Television, says: “It really has been an interesting growth in diverse characters, and especially Indian characters.”

He continued: “It has been very interesting to see the progression from a couple of the stereotypical roles that you would think of to fully dimensionalised characters in all different kinds of ways.”

Whilst there is still a long way to go in terms of Indian actors, and actors from other parts of South Asian, being recognised fully in American television, it is clear that times are changing.

Whilst Nayyar’s ‘Raj’ is a supporting character, other actors are beginning to play lead roles, and The Mindy Project indeed marks a step forward as it is centred completely on an Indian American character.

Nayyar himself is optimistic about the changing landscape for South Asian actors attempting to break into the US, both in television and Hollywood movies.

He said: “The beauty of this is that that a lot of talented actors of South Asian ethnicity are getting recognised.”

The increased profile of South Asian actors in American TV and the move of their parts away from stereotypes to complex characters can only be good thing.

As The Big Bang Theory returns for its newest season, DESIblitz hopes that we’re going to be seeing a lot more of Nayyar, and also a lot more new South Asian faces across American television.

Eleanor is an English undergraduate, who enjoys reading, writing and anything media related. Aside from journalism, she is also passionate about music and believes in the motto: “When you love what you do, you’ll never work another day in your life.”
Shahrukh Khan Overprotective of AbRam
Farhan Akhtar Wows with LIFF Masterclass