Brothers go from Selling Fragrances from Boot to £10m Empire

Three London-based brothers went from selling perfumes from their car boot to having a £10 million fragrance empire.

"we started selling them out of our car boot"

Kazi Shafiqur, Kazi Abidur Rahman and Kazi Luthfur Rahman are the brothers responsible for Sunnamusk, which sells perfumes, oils and home fragrances, and is worth £10 million.

But the business started out in 2009 with the brothers investing £600 to buy a set of fragrances to sell, usually using their car boot as their point of business.

The Kazi family, who are originally from Bangladesh, have lived in East London since their parents arrived in the capital in the 1990s.

The brothers were always interested in entrepreneurship and fragrances, so combining their two passions was only natural.

Kazi Abidur Rahman said: “I’ve always been helping out ever since I was around 14.

“After my brother, Kazi Shafiqur had bought some fragrances, we started selling them out of our car boot and a part-time market stall in Whitechapel.

“We would literally find any sort of trays, throw some velvet over a table and then start selling.”

In 2010, Kazi Abidur and Kazi Shafiqur got a permanent stall in Whitechapel Market.

Sunnamusk began to show its potential when the business was making around £500 a day.

The opening of Westfield Stratford meant there was a chance of setting up a proper kiosk in one of the most recognisable shopping centres in the world.

Kazi Abidur told MyLondon: “After opening our stall in Whitechapel, it really showed us that people loved Sunnamusk.

“Opening in Westfield was stressful as it was expensive to have to pay for the kiosk but we knew it was worth it.

“Our mum was also a big motivator as she continually told us to keep going and to take the Westfield opportunity.

“When we would go to Friday prayers, she would sometimes watch the kiosk for us.”

After becoming one of the most recognisable kiosks in Westfield, Sunnamusk opened a flagship store in Aldgate in 2013 and is now one of the leaders in Arabian fragrances in London.

Sunnamusk went on to open pop-up shops in places such as Ilford, Romford, and Lakeside. 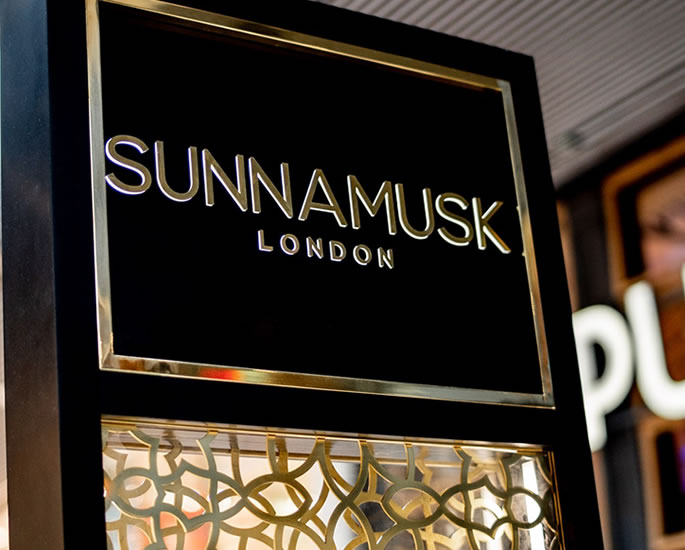 But one big change came when then-CEO Kazi Shafiqur decided to step down.

Kazi Abidur then became CEO at 23.

He said: “I was always passionate about the business even from a young age.

“I was helping out with the stall from around 14 and even helped design the website.”

“It was a lot of responsibility to manage the company with my family name attached to it but I was driven to make it a success.

“I had seen the business go from car boots to now having eight stores dotted around London. I was confident I could do a good job.”

Some of Sunnamusk’s signature fragrances include Golden Dust and Abid Ambre.

Kazi Abidur explained that the business saw significant growth during the pandemic.

He said: “When the pandemic came, we focused a host of our attention on online.

“We pivoted our business and were able to make huge strides. We found that our online sales increased and people were buying in their numbers.

“Even after the lockdowns, we continued to break our record sales monthly.

“We’ve had celebrity guests at our launches such as Amir Khan and we celebrated 10 years of the business in 2019.

“When my family came from Bangladesh we were really poor and my parents did all they could do to help us.

Dhiren is a journalism graduate with a passion for gaming, watching films and sports. He also enjoys cooking from time to time. His motto is to “Live life one day at a time.”
Amir Khan robbed of Watch at Gunpoint
Faryal Makhdoom posts CCTV of £72k Watch Robbery