Having roti and flatbread can be difficult when following a low-carb diet. Thankfully, here are 10 keto-friendly versions to try.

It is very low in carbs and is gluten-free.

When following a keto diet, one must be mindful of the number of carbohydrates they are taking in.

A ketogenic diet, commonly known as a keto diet, is a diet that is low in carbohydrates but high in fat.

It is designed to force the body to become more efficient at burning fat for energy.

This type of diet can help you lose weight but to maintain the weight loss, it is advised to stick to healthier sources of fat and protein.

In Indian cuisine, roti and naan are staple foods, however, they are high in carbohydrates.

This may prompt people to cut them out completely out of their diet. Fortunately, that does not need to be the case.

There is a variety of keto-friendly roti and naan bread available, which are made using flour that is low in carbs and gluten-free.

Not only do they lower your carb intake but they taste similar to their high-carb counterparts.

Here are 10 keto and low-carb roti and flatbread recipes to try. 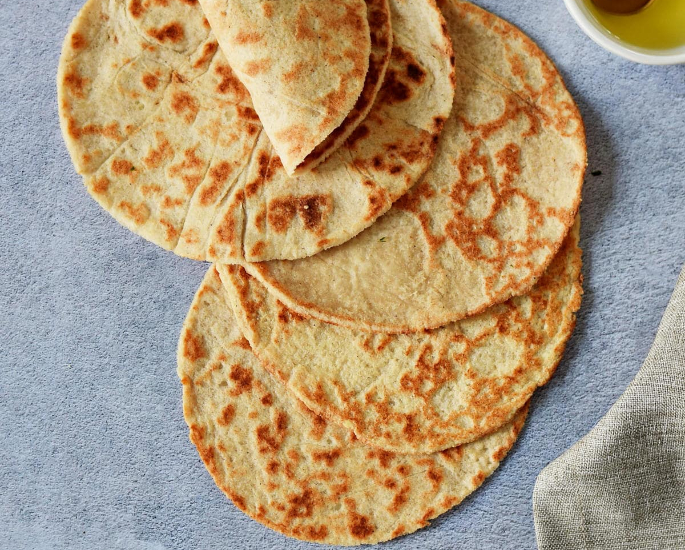 As a keto diet involves a low gluten intake, it is important to follow this and a sure way is keto roti.

This recipe uses coconut flour, which is low in carbohydrates, high in fibre and gluten-free.

It provides the perfect accompaniment to low-carb Indian dishes such as moong daal. 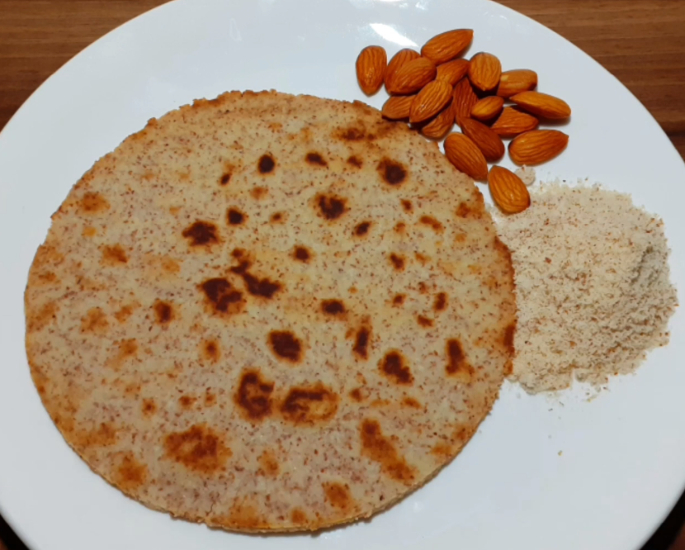 Although roti is a staple in India, it is high in carbs, therefore, it is not suitable for a keto diet.

However, roti that is made with almond flour is. It is very low in carbs and is gluten-free.

It also follows a similar recipe to that of normal roti. 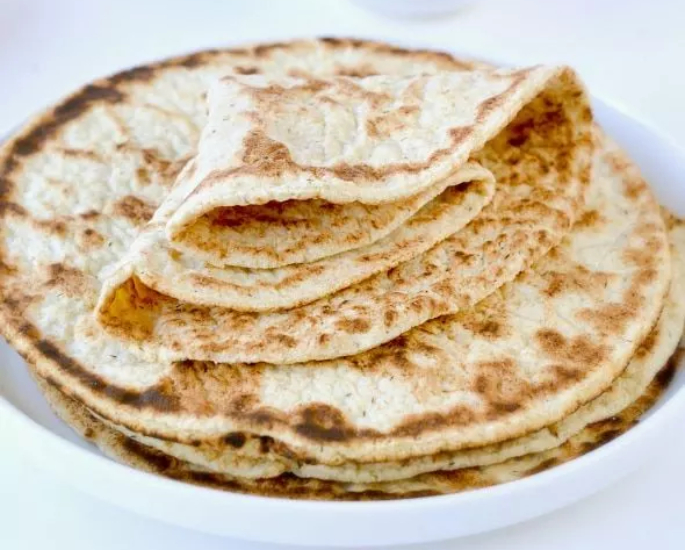 These flatbreads are simple to make and have a soft texture.

They are also versatile. Whether you want to have a curry or a kebab, these flatbreads are a great pairing.

Not only that, they are keto-friendly, containing 2.6 grams of net carbs per flatbread. 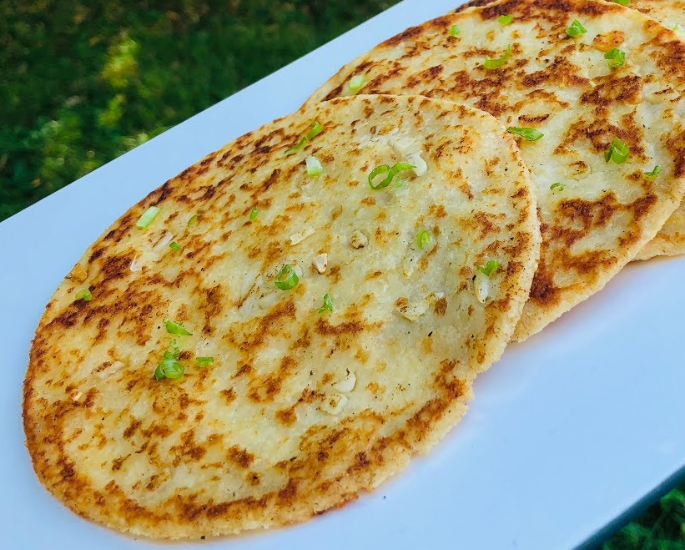 Garlic naan is a delicious bread to have alongside an Indian meal. This recipe is the keto-friendly version.

It is made with almond flour and yoghurt.

It is low in carbs and gluten but it still achieves a similar taste and the same soft texture. 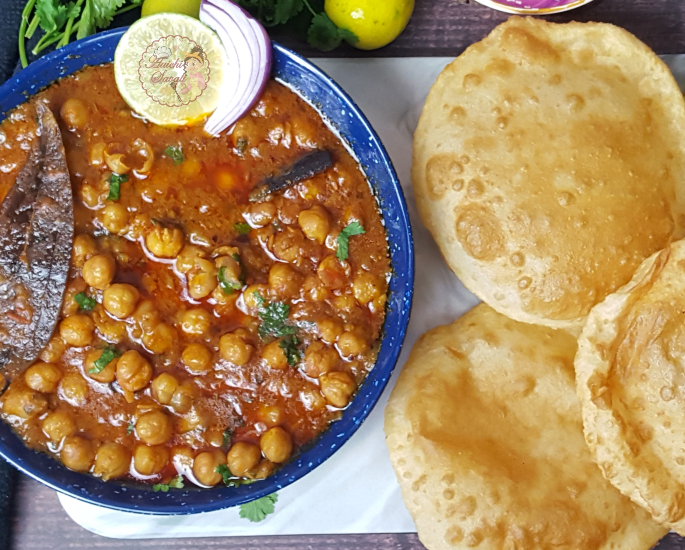 This is a keto-friendly accompaniment to the popular Indian street food, chole bhature.

Bhature is typically made from refined flour. The dough is mixed with yoghurt to give it a slight sourness. It is then deep-fried until it has puffed up.

As this recipe is made from almond flour, it is low in carbs and gluten-free. 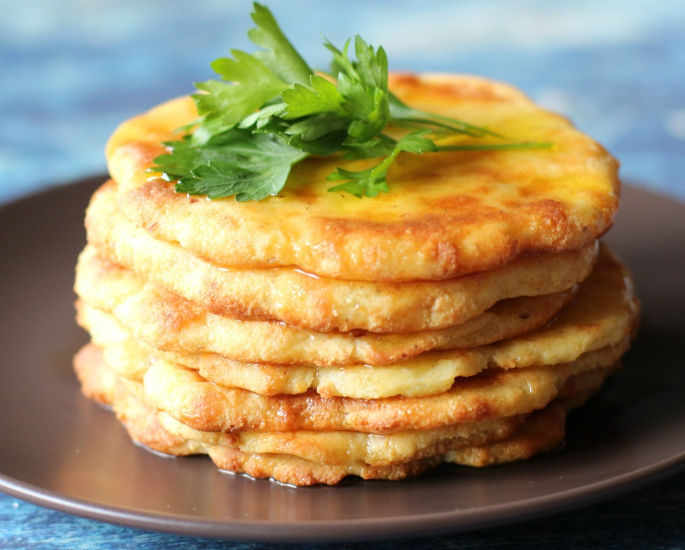 This is a keto-friendly recipe on a plain naan, something which tastes great alongside various curries.

It is a versatile recipe as other ingredients such as garlic or even keema can be added. 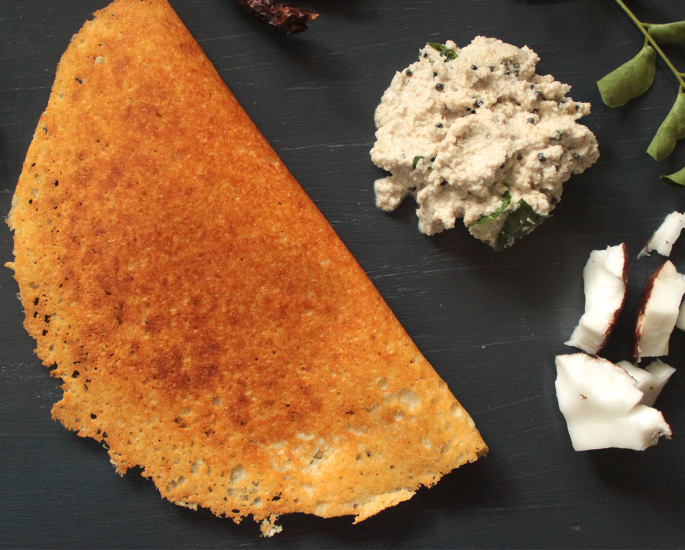 Dosa is a popular Indian street food consisting of a thin pancake made from a fermented batter, serving with a variety of chutneys and sambars.

But this version is made with almond flour, making it ideal for those following a keto diet because it is lower in carbohydrates.

The result is a healthier version of the popular dish, which looks and tastes similar when eaten with your favourite accompaniments. 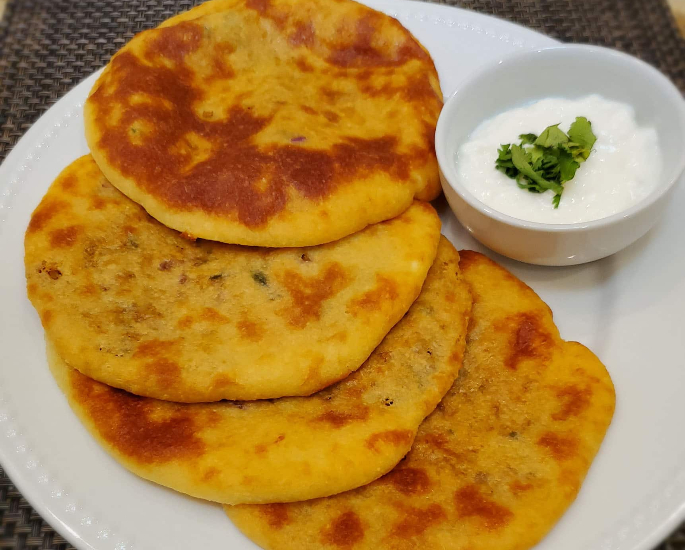 Paratha is a common breakfast dish, especially in the North of India.

It is typically made from wholewheat flour and stuffed with potatoes.

To keep the carbs down, this particular recipe is made with paneer. Meanwhile, the paratha dough is made using coconut flour. 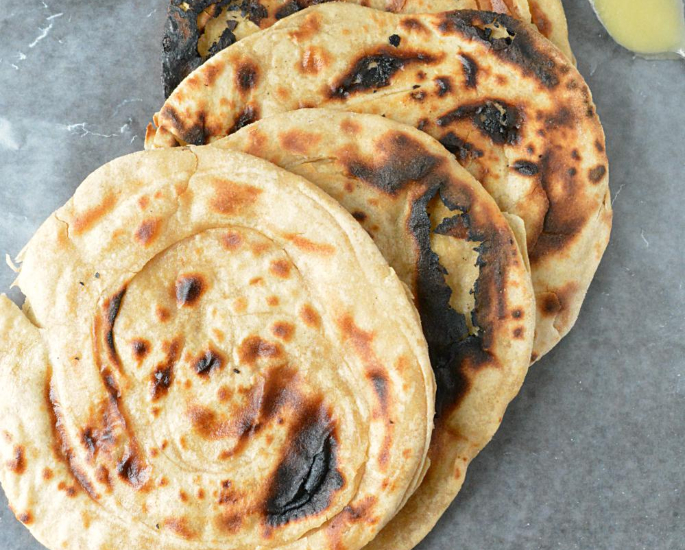 This keto tandoori roti has a slightly softer texture than the usual version but the smokiness makes for a similar taste.

The dough is made with paneer but you can use coconut or almond flour.

It is perfect when chicken or lamb is placed inside and it is rolled up to create a kathi roll. 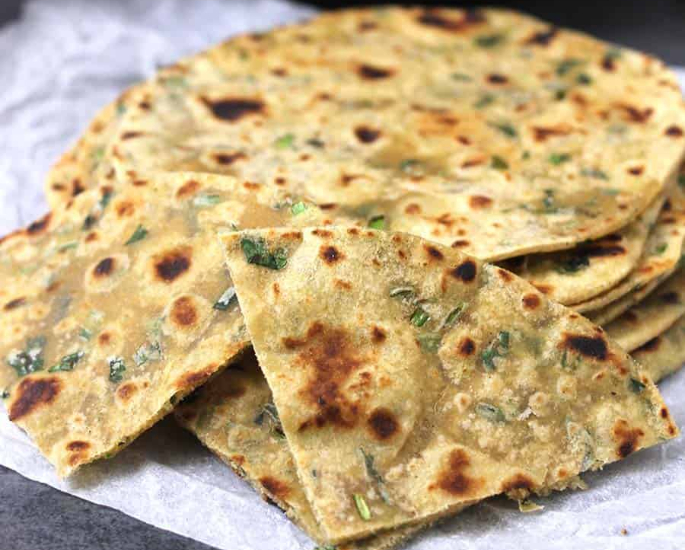 Avocado flatbread is a nutritious dish to make, providing a great replacement to wholewheat flatbread or shop-bought flatbread.

The avocado provides healthy fats while it is low in carbs, making it an ideal keto flatbread.

Not only is suitable for those following a keto diet but it is also vegan-friendly.

As the avocado is incorporated into the dough, you get the avocado flavour along with the subtle sourness from the lemon.

These keto and low-carb flatbreads ensure that you don’t have to completely cut them out of your diet.

Minor changes to ingredients are to thank and once more, the taste and texture are relatively similar to their usual versions.

So, if you’re following a low-carb diet or want to try something different, give these recipes a go!

Dhiren is a journalism graduate with a passion for gaming, watching films and sports. He also enjoys cooking from time to time. His motto is to “Live life one day at a time.”
US Indian Chef explains Transition into Entrepreneur
Why Maltodextrin in Food is Bad for You?