10 Different Types of Roti you Must Make and Try

A must for Desi households the world over, the humble roti is a perfect accompaniment to your favourite dish. We explore 10 different types of roti from across South Asia that you must try.

Also known as Chapati, it is part of the staple South Asian diet accompanying a variety of meat and vegetarian dishes such as sabzi, daal and meat curries.

In fact, Roti is the second most popular accompaniment after rice for Desi meals.

Roti is made from stone-ground whole wheat flour which is also known as Atta. This is done by mixing the flour with water to make a dough.

The consumption of roti tends to be more popular in South Asian countries like India and Pakistan.

Rotis are mostly cooked on a kitchen utensil known as a ‘tawa’ – which is a flat metal skillet especially made for cooking rotis. It tends to which charcoal after some use turning into a black surface. It is available from most South Asian grocery stores.

We take a look at the different types of rotis you can make and try. 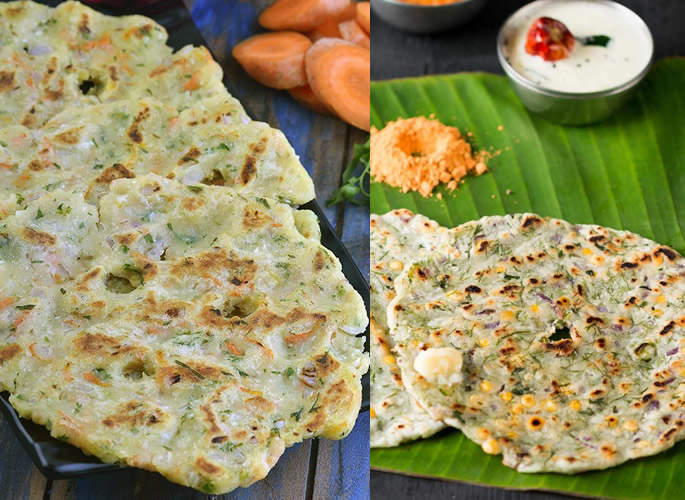 The origin of akki roti can be traced down south to the state of Karnataka in India. In Karnataka, akki means rice and roti means flatbread.

Akki roti is a popular dish eaten for breakfast in Southern India. It is made from rice flour after being mixed with vegetables.

How to make Akki Roti: 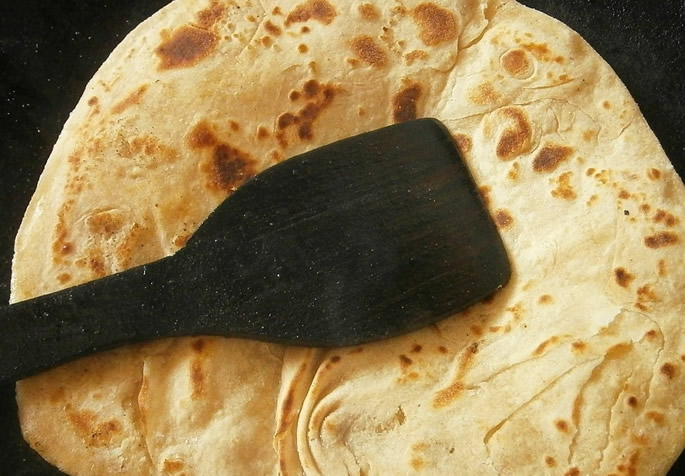 The origin of the word ‘chapati’ comes from the Hindi or Urdu word meaning ‘slap’. This is because the roti itself is made by the process of slapping the wheat dough between the hands.

They are also known as ‘phulka’ as while being cooked, the air trapped inside the flatbread warms up and gives an appearance of an inflated balloon.

Chapati is a whole wheat flatbread and is very popular in Punjab, Gujarat and other similar states.

The flour for chapatis is available in different varieties and can be bought at grocery stores and supermarkets in 500gm, 1Kg, 5KG and 10kg bags.

How to make Chapati Roti:

You can make chapati for dinner every day, and have them with any side dishes like ‘sabji’ (vegetables) or meat. 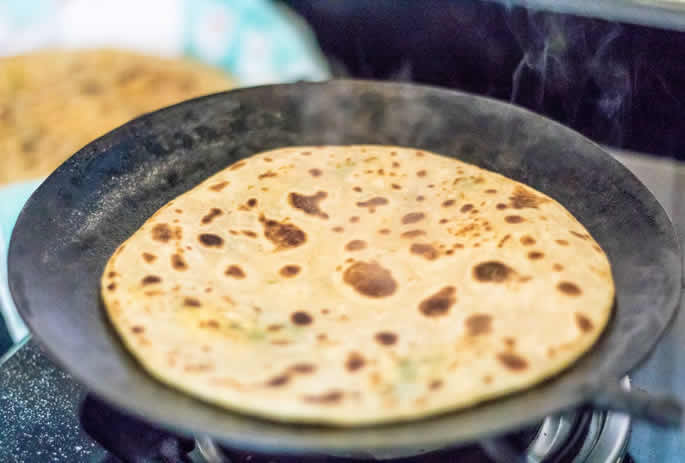 Jolada roti is another popular chapati from the Indian states of Maharashtra and Karnataka. It is made from sorghum flour.

In Maharashtra, it is known as Jwarichi Bhakri. The roti is definitely a bit coarser when compared to traditional chapati or any regular wheat-based flatbreads in India.

Jolada roti is made from sorghum flour, salt and hot water. The process is similar to that of chapati where dough needs to be made first.

The great thing about Sorghum flour is that it is naturally gluten-free and therefore can be easily incorporated into a gluten-free diet.

High in fibre, this type of flour originates from the likes of Africa and Australia over 5,000 years ago.

How to make Jolada Roti:

Make this roti and enjoy it with sides and salads. 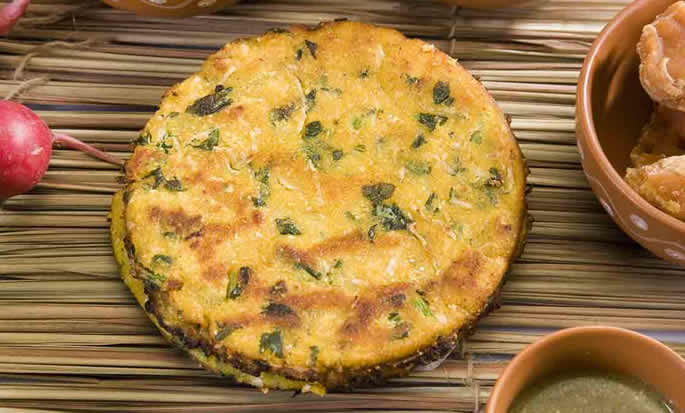 Unlike its southern cousins, Makki di Roti is a typical north Indian cuisine. Popular in states in Punjab and Haryana, the word ‘makki’ means corn. So, basically, this roti is made from the yellowish corn flour or maize flour.

The recipe is similar to akki roti of the south, where the flour needs to be mixed with coriander leaves, carom seeds and grated radish to create a dough. Then it should be flattened and cooked on a tawa.

It is a must-have with the leafy-green Punjabi spinach dish known as ‘sarson ka saag’. Have a go at making this flatbread and serve it with sarson ka saag or paneer.

How to make Makki Di Roti: 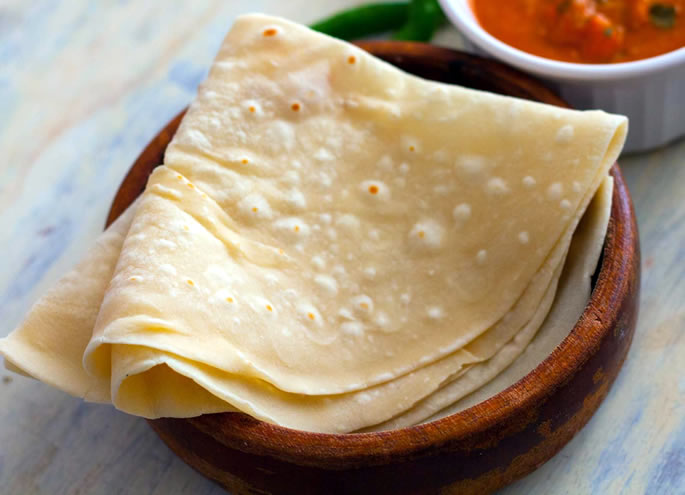 The varied traditions of India are truly reflected by the kinds of rotis that are available all across the land.

Rumali rotis or ‘handkerchief’ rotis were introduced by the Mughal emperors who needed something soft and thin to wipe their hands. Weren’t they just majestic?

Today, rumali rotis are still popular in different parts of India, including Bengal.

Rumali rotis are made by mixing three portions of whole wheat flour and one portion of refined flour, with warm water.

It is easy and it is tasty and you can bring a smile on your guests’ faces by preparing this soft flatbread.

How to make Rumali Roti: 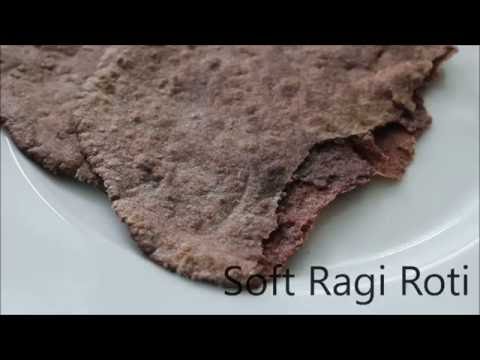 India is not only a land of varied cultures but also a land of different grains and flours.

Ragi roti is again popular in the southern Indian states and is made from maroon coloured finger millet flour.

This scrumptious stomach filling breakfast flatbread is prepared by mixing ragi flour with chillies and onions.

How to make Ragi Roti:

It is ideal to serve as breakfast. 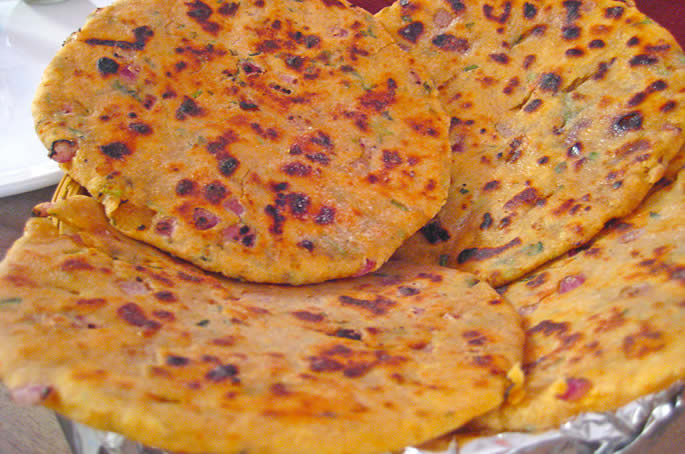 From the south of India, we again travel to north to unveil the special Indian bread known as missi roti.

This flatbread is a part of traditional north Indian cuisine and is viewed as healthy to eat for lunch and dinner.

How to make Missi Roti:

Give it a try to this easy recipe and serve it with a small lump of butter on the top. 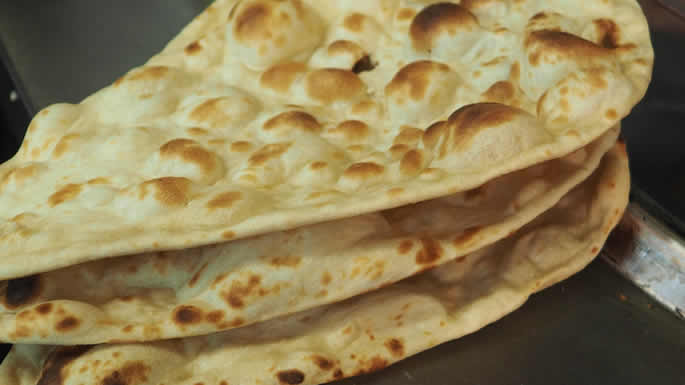 Popular in Pakistan, this is yet another Mughal influence which decorates the Indian palates, even today.

Tandoori rotis are represented by their dark burnt spots with no oil or ghee being applied whilst being cooked.

As the name suggests, they are made on tandoors or clay ovens. But you can also make it on normal stove tops. 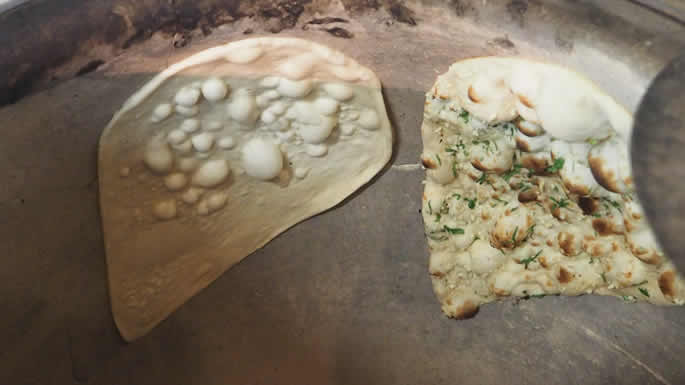 How to make Tandoori Roti:

Tandoori roti is enjoyed hot while it is soft with any Desi dish. If left too long it has a tendency to go hard and become tougher to chew. 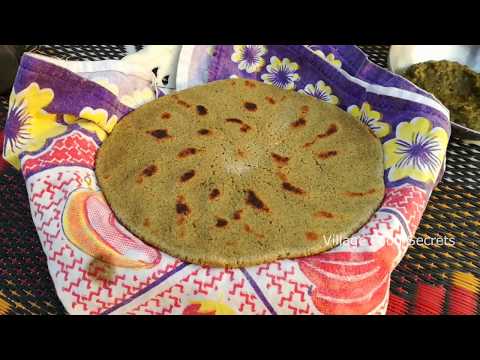 Bajra ki roti is made from pearl millet flour. It is very popular in the states in Gujarat and Maharashtra of India. This type of flour is rich in fibre and protein. It is also naturally gluten free making it popular in parts of India.

This flatbread is a part of regular West Indian dishes. It goes well with any Gujarati vegetables and legumes curry.

How to make Bajra ki Roti:

It is really easy to make and can be made on a regular basis. 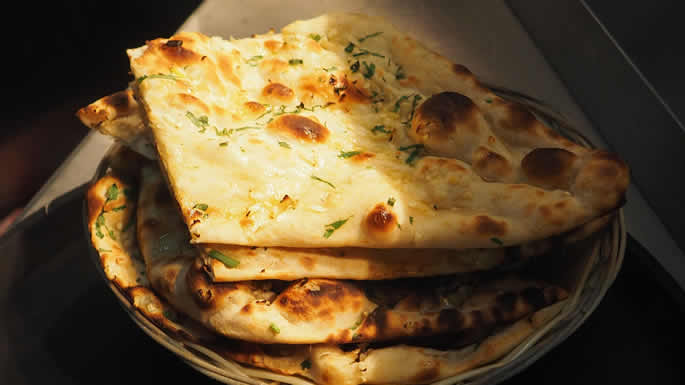 The roti collection cannot be completed without naan. This ground flour based flatbread is a North Indian and Pakistani delicacy.

It is made mostly during the festive months and winter in South Asia but available at restaurants all year through.

It is a huge favourite in UK restaurants. Including the ‘family naan’, which is a very large naan made to share amongst diners.

This perfect staple goes well with spicy curries and can easily be made by following simple steps.

The recipe is very similar to that of tandoori roti except for the fact that you need to mix yeast into the dough. Give it a go and soft roast it with butter or ghee.

How to make Naan:

So, now you have ten different kinds of flatbread which you can try making this season.

The recipes are quite similar to each other and all you need to do is gather the correct ingredients.

Rush to your nearest supermarket and surprise your family by making different rotis for supper.

An aspiring storyteller, Mridula has found her passion in inspiring people to be the best versions of themselves. She lives by the motto, “Dream until your dreams come true.”