Miss Meena & the Masala Queens is a theatre production tackling the taboo topic of the British Asian drag community in an entertaining way.

The show prides itself in having a cast of British Asian artists playing the drag queen roles.

Miss Meena (played by Raj Ghatak) runs a drag nightclub which used to be the hot spot in Birmingham but now has been overtaken by new clubs. Munni (played by Jamie Zubairi) is determined to commercialise the club, going against its ethos.

Miss Meena, however, wants to preserve it and a rainbow of hope is found in Shaan (played by Nicholas Prasad), a new arrival who wants to undergo a drag queen transformation.

Alongside them is the funny penji duo of Preetho (played by Harvey Dhadda) and Pinky (played by Vedi Roy) who provide laughter throughout with their dancing endeavours. The characters together embark on a journey facing the potentially dim future of the club and coming to terms with how being a drag artist is affecting their family life.

Harvey Virdi who has created this production has really brought something different to a theatrical stage, as many are not aware of the taboo British Asian drag queen community. She also uncovers realistic stories behind the sparkling costumes and dancing. 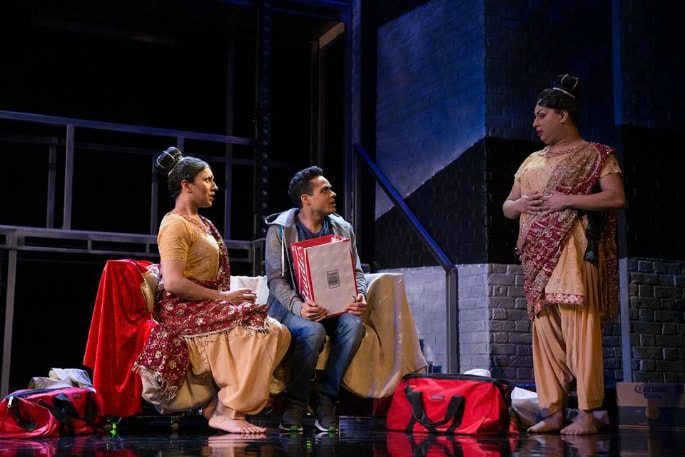 The aim was also to diversify the South Asian talent seen on the theatre stage, and this is made clear both at the start and at the end of the performance.

Director Pravesh Kumar brings the story to life through an interesting conceptualisation. There are parts which do drag, particularly around the interval and the end of the second half, making the production feel stretched at two and a half hours.

In terms of acting, most notable mentions go to the dynamic and entertaining duo of Dhaddha and Roy, as well as the loud, yet crafty, Munni played by Zubairi.

One would have expected more from Ghatak, who played the lead, and Prasad, as both had a lot of contrasting emotions to explore.

A notable mention goes to Ali Ariaire who switches between two characters, playing both effortlessly. 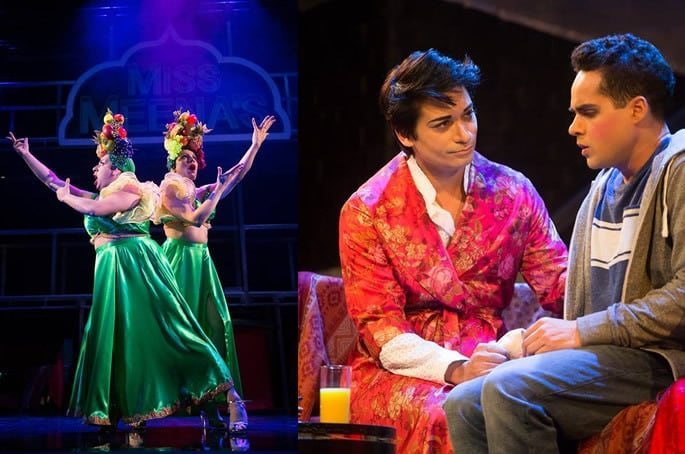 The stage production was a bare minimal, with limited backdrop changes except for the revival of the club towards the end. It may have done with a few more additions to the set to make it look more dynamic. However, the audience could still gather when scene changes were being conveyed.

The costume designs by Libby Watson and lighting design by Mike Robinson complemented well with the production.

The choice of songs by Niraj Chag used were good – mostly a selection of popular and classic Bollywood songs, ranging from ‘Chalte Chalte’ from Pakezah to ‘Chikni Chameli’ from Agneepath. Though there were limited original compositions, this nonetheless worked well with the Bollywood-esque theme of the nightclub.

The choreography and dance aspect was somewhat underwhelming. 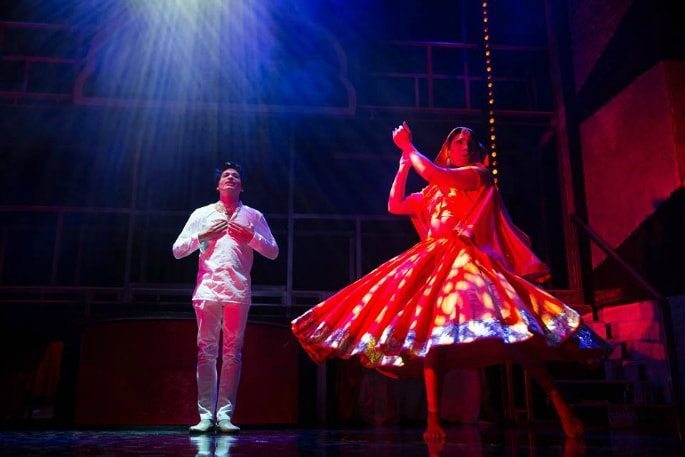 There were times when the characters were not synchronised and you could tell the difference in terms of dancing skill between the three main dancers.

Dhaddha was notably the best dancer. Ghatak, who plays the lead, could have done with greater grace and fluidity in movement to really capture the timeless ada of Meena Kumari.

Whilst greater polishing was needed on the set and dancing, Miss Meena & the Masala Queens does entertain a universal audience on something completely new.

The theatre production is currently showing at Theatre Royal Windsor and then will be moving onto Southampton and Leeds, until 17th June 2017. Check out the Rifco Arts website for more details.