Writer Aamina Ahmad has teamed up with Kali Theatre for her latest play, The Dishonoured. In an exclusive Gupshup with DESIblitz, Aamina tells us more.

“A political thriller which takes some of its cues from espionage stories.”

Kali Theatre’s latest production, The Dishonoured, is written by Aamina Ahmad and directed by Janet Steel.

The play tells the story of diplomatic tensions between America’s CIA and Pakistan’s secret service following the murder of a prostitute in Lahore’s red light district.

In an exclusive Gupshup with DESIblitz, writer, Aamina, describes the play as “a political thriller which takes some of its cues from espionage stories.”

The play brilliantly captures the tension between the two countries, being worlds apart in culture and lifestyle, as they attempt to come to a compromise following the murder.

The spotlight is on a war-hero, Tariq, as the play revolves around the decisions he makes while in the intelligence service and the effects they have on his family and country.

Watch the trailer for The Dishonoured here: 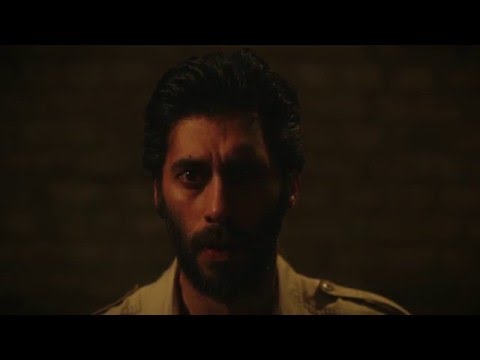 Back in 2012, Kali Theatre Company presented The Dishonoured as a reading where it was later developed by the National Theatre Studio.

Kali Theatre is a London-based company that has allowed female British South Asian playwrights to flourish and promote their work for the last 20 years.

Kali Theatre attracts women who want to share their experiences with an audience, encompassing a wide range of ideas and stories. This has provided a fantastic platform for Aamina Ahmad to showcase her work and encourages other South Asian women to do the same.

Aamina spent a long time developing The Dishonoured with Kali Theatre and the director of the play, Janet Steel, also worked closely with Aamina with each draft that she wrote. 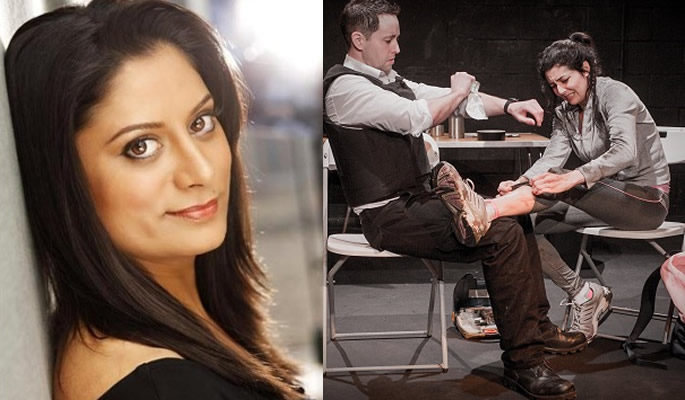 During the Talkback, Aamina was able to receive feedback of her play from an audience by observing them watching her play and then be able to improve it.

The Dishonoured has been gaining momentum, with support from companies such as Kali Theatre and the National Theatre Studio, which will allow Aamina’s future work to be even more successful and reach a wider audience. 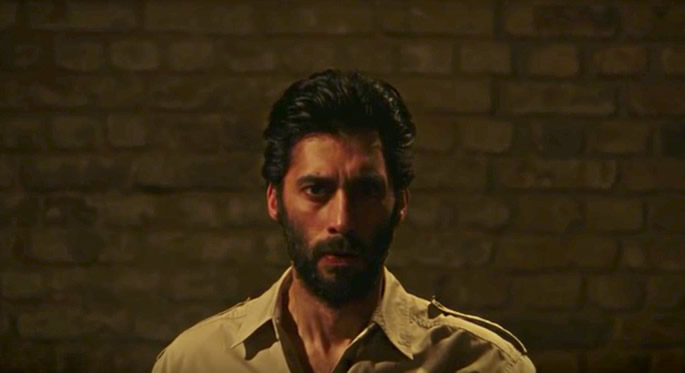 In her DESIblitz interview, Aamina tells us more about the play and how her career has gone from strength to strength.

What inspired you to write The Dishonoured?

“I was interested in exploring the idea of whether it is possible to live a really honourable life when many of us feel profoundly obligated to be true to our own ambitions and personal desires.

“On top of that, most of those ambitions are tied to the various institutions which we serve, and their agendas and codes may not align with our own.

“Exploring those questions within the context of the war on terror, which has impacted Pakistan with horrific outcomes for many, also gave me the chance to look at what this question could mean in both a personal and political sense.”

“Tariq is an ambitious and reckless man of action whose choices drive the story. Farah is an artist who finds herself caught between personal ambition and duty.”

“Chaudhry seems full of bluster but understands the political games he’s playing only too well. Lowe is a CIA agent whose time in the field has turned him into a pragmatist.” 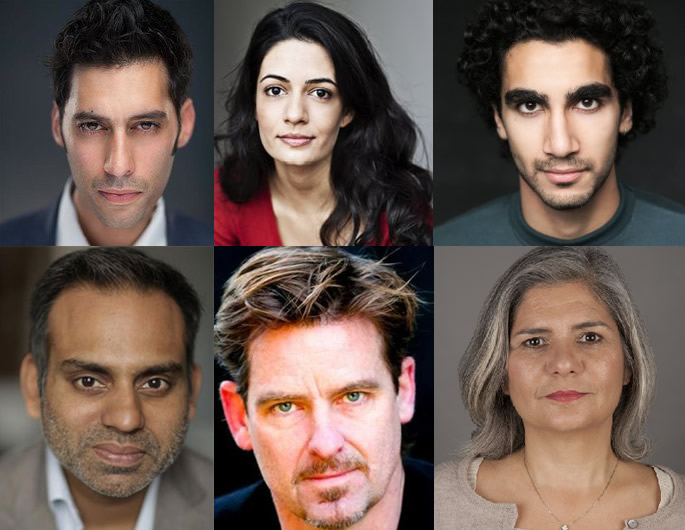 How did you start working with Kali?

“A few years ago I entered my first play for Kali’s Talkback writer programme. This play had got me onto a writer course at the Royal Court.

“With Kali I got the support of a dramaturg. Despite that, I didn’t really know how to make it work and in the end, it was not selected for Kali’s Talkback public readings.

“So I wrote a new play which I submitted to another Talkback some years later. This time it was selected for a reading.

“Of course, I have a long standing interest in Kali because my mum was one of its founders more than twenty years ago.”

What’s the most exciting thing about having your play performed around the UK?

“It will be better travelled than me! You write in such isolation, the play seems to only exist in your imagination.

“So the idea of it being a living entity with real people performing it, and real people in real communities watching it feels both extraordinary and surreal.

“That lonely process feels like it was worth it for this moment.” 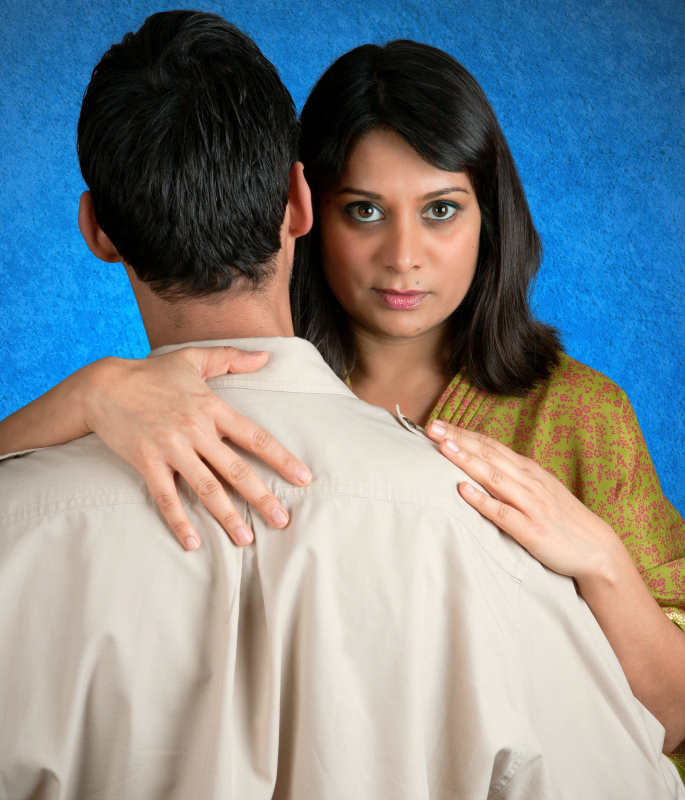 What’s next for Aamina Ahmad?

“I’m developing another theatre piece about an ex-dictator living in London, who faces, among other things, rising London property prices.

“It’s another political play but hopefully a little lighter in places.”

Aamina Ahmad grew up in London and graduated from the Iowa Writer’s Workshop as well as currently being a Stegner Fellow and Stanford University.

With her debut play The Dishonoured being showcased in 2016, her other works can be found in The Normal School, Ecotone and The Missouri Review as well as the anthology, And the World Changed.

Also, her work has been used in several drama organisations such as Arista Scribes, the UK Film Council’s Blank Slate and The Royal Court’s Critical Mass Course.

Her full-length political drama, The Dishonoured, will be in London’s Arcola Theatre from March 15 to April 2, 2016.

From there, the tour makes it way to Plymouth Theatre Royal from April 12 – 16, Birmingham MAC April 21 – 23, and concluding in Coventry Belgrade from May 4 – 7.

Tickets and more information can be found on Kali Theatre’s website.

Sahar is a Politics and Economics student. She loves discovering new restaurants and cuisines. She also enjoys reading, vanilla-scented candles and has a vast collection of tea. Her motto: “When in doubt, eat out.”