The concept of drag queens is a taboo subject in traditional Pakistani society. DESIblitz lists some Pakistani drag queens who are fighting back.

The clash with cultural and religious norms makes it an unsuitable place for drag queens.

A drag queen refers to an individual, usually male, who dresses up and often acts with femininity and in feminine gender roles.

They often exaggerate some characteristics like make-up and dresses for satirical, dramatic or comic effect.

While drag is normally associated with homosexual culture and men, there are drag artists of every orientation.

Pakistan is a conservative state, where the concept of drag queens is a taboo subject.

There is an urban Pakistan, where Western values are more accepted, and to some degree practiced.

A conservative rural side of Pakistan also exists, where the Western culture and values are heavily criticised.

Despite this, a number of Pakistani drag queens have made their way into the spotlight.

Ali Saleem was born in Islamabad. His father was an army colonel, and his mother was a government official.

Openly bisexual, Ali considers himself as a ‘woman in a man’s body’, who fantasised with the idea of being a women since he was a kid.

He has became known for his impersonations of the late Benazir Bhutto, the former Prime Minister of Pakistan, Margaret Thatcher, Diane Spencer, and singer/actress Noor Jehan.

Ali was once was asked by Benazir Bhutto herself to do an impersonation, which she found absolutely hilarious.

Ali rose to fame as Begum Nawazish Ali, widow of an army officer on The Late Night Show.

She posed many taboo questions, as well as interviewing a number of prominent celebrities, politicians and even a few religious scholars.

She was able to shatter many cultural and religious norms, while becoming a top-rated TV talk show.

The show had a great run, but came under fire from the government before its eventual ban in July 2007.

Ali has also participated in the fourth season of reality TV show Bigg Boss in India. Ali became the captain of the house just after a week following the disqualification of the previous captain.

Predicted to make it to the finals, she was ejected three weeks into the show. 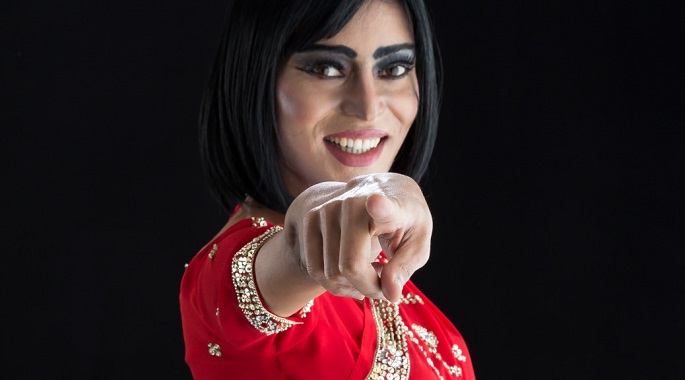 Asif Quraishi is a 32-year-old proud Pakistani drag queen of Britain. He first came out as gay aged 27.

A prominent gay rights activist, Asif performs as his alter ego Asifa Lahore and has become a leading figure within the Gaysian (Gay Asian) community.

Born in a conservative British Pakistani family, his decision to perform and out himself publicly strained his relationship with his parents.

He faced harsh criticism and hate following his choice to become a drag queen.

Asif is trying to use this visibility to challenge traditional perceptions and campaign for gay rights.

Asifa performs on stage in saris, ruffles, sequins and cocktail dresses. Sometimes to spark a debate and reaction she shows up in a burqa.

The relationship with his parents went downhill following his coming out, but recently his mother showed up at an awards ceremony to support him.

Asif was featured in the documentary Muslim Drag Queens in 2015 on Channel 4, which was narrated by Sir Ian McKellen. 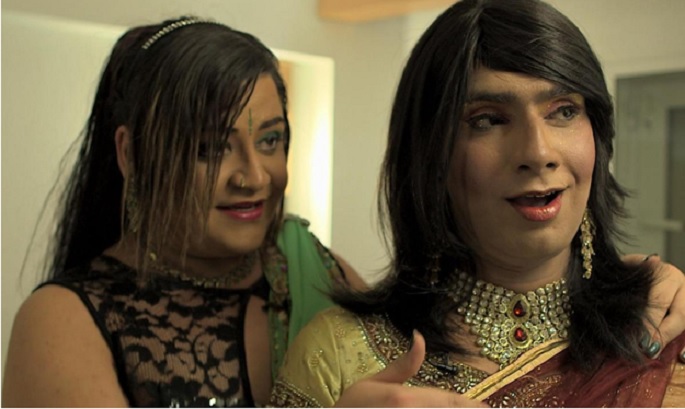 Ali, who goes by the alter ego of Shilpa Jan fled Lahore, seeking asylum in London.

After coming out as gay, which was not welcomed in his community,  he decided to move to Britain where he has found a home.

Ali assumed the façade of a Pakistani drag queen and started performing as as Shilpa Jan.

His first performance at the UK’s biggest ‘gaysian’ club night was filmed by The Guardian in a short documentary.

It takes Ali hours to get into the character of Shilpa Jan and she pays special attention to all aspects of her character such as make up, dress and wigs.

Ali encourages others to embrace their sexuality and individuality, and not give in to the negativity and pressure.

Imran is 28-year-old Pakistani British drag queen who has been going out as Zareena Khan for the last six years.

Imran was also one of the three drag queens featured in the Muslim Drag Queens documentary.

Single and looking for the one, he has profiles on many dating and social media websites.

Getting responses from men in both Pakistan and Britain to his online profiles, it is often married men who are more interested in sleeping with him since he dresses as a lady.

Traditionally homosexuality and bisexuality in Pakistan has been strictly prohibited, and individuals practicing such acts can face serious backlash.

Thus, the clash with cultural and religious norms makes it a largely unsuitable place for drag queens to live openly.

DESIblitz commends these brave drag queens who are publicly fighting for acceptance in their communities, as well as the outside world.