A compelling new play by the National Theatre probes deep into the daily life struggles of slum dwellers in a Mumbai undercity. ‘Behind The Beautiful Forevers’ stars Meera Syal alongside an incredibly talented cast.

"Beautiful Forevers gives the audience an insight into the complex world of slum politics and power struggles."

Based on the bestselling book by author and journalist Katherine Boo, Behind The Beautiful Forevers is a compelling play that delves deep into the heart of Mumbai’s undercity.

A powerful exposé on life, death and hope, now adapted into visual form, the play, Behind The Beautiful Forevers, is directed by Rufus Norris and written by David Hare.

With award-winning British Asian actress and writer, Meera Syal MBE in the lead role, the play promises to be a compelling insight into the diverging culture of Mumbai. 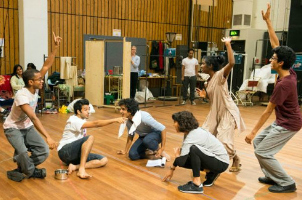 On the one hand, we are witness to surging skyscrapers and luxury hotels – the depiction of modern development and economic stability.

But on the other we have the slums, located outside of the city airport, where dwellers are forced to make do with the scraps of the elite.

However, even the lower classes living here have significant life plans and aspirations of their own.

Zehrunisa (played by Meera Syal) and her son Abdul are looking to make enough money from recycling rubbish that has been dumped into the slums and build their very own house.

There is also 12-year-old Sunil who is stunted, but dreams to grow taller by eating as much as he can.

Asha aspires to be a ‘first-class person’ by stealing government anti-poverty funds, and her daughter Manju wants to educate herself and become the ‘slum’s first female graduate’.

Their aspirations hit close to the heart, and they offer inspiring tales of determination and unspeakable hope against the immense daily struggles that they face. Can they succeed, or will the power struggles and politics of slum life hold them back? 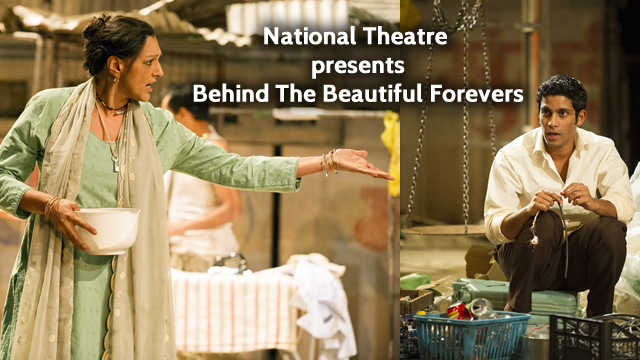 Speaking about the play, Meera says: “I’m thrilled to be involved in this wonderful production performing alongside some very talented individuals.

“Behind The Beautiful Forevers gives the audience an important insight into the complex world of slum politics and power struggles that blight and affect so many lives.

“What is so often forgotten is that behind the slum walls, there are some highly aspirational individuals with inspiring stories of achievement and success, and this is something that must be celebrated.

“All of our roles are inspired by the people Katherine Boo so beautifully honoured in her book and we hope as a company to bring the same passionate commitment and truth to their stories.

“Zehrunisa Husain is a loving powerful mother who had to fight unimaginable struggles to keep her family together and it is a privilege to be given the opportunity as an actress to recreate her experience in this amazing play.” 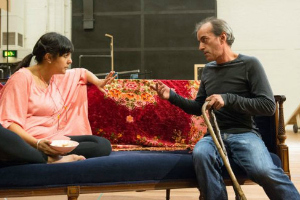 As actor Pal Aron explains: “Between our cast, we have all been to Mumbai a few times. Some of us have lived there and some of us have spent more time in Mumbai perhaps than in this country.

“So between us we are able to, in every rehearsal, to try and authenticate that. And anyone who comes to see the show will hopefully smell the smells and see the sights and be able to see the grit that we are trying to create on stage.”

Initially conceived by author Katherine Boo into an award-winning book, Behind The Beautiful Forevers takes accounts from real-life individuals giving them a global voice.

Katherine actually spent three years in Annawadi speaking to the locals and hearing about their incredible experiences. What emerges is a book that inspires many and uncovers the corrupting politics of the city.

In 2012, the book won the National Book Award for Non-Fiction. It was later offered to acclaimed writer David Hare to adapt into a play format and then taken to the National Theatre to be recreated on stage by artistic director, Rufus Norris. 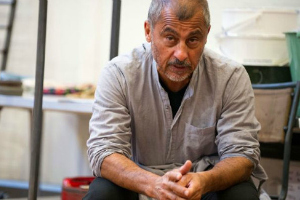 As Rufus says, David’s purpose was: “To show that people in poverty are as complex and rich in humanity as we are.”

Speaking about bringing the book to life, Rufus says: “Creating a production such as Behind The Beautiful Forevers for the stage is not only a creative challenge but also a physical one.

“Trying to get the enterprise, chaos and humanity of a slum onto the stage in a way that honours the reality has been a fascinating task.

“They are a wonderful cast and crew, David Hare has scripted the production brilliantly and I’m looking forward to the opening night. I hope that everyone who comes feels we have done justice to the original book by Katherine Boo.”