With Call of Duty: World War II now released, DESIblitz takes a look back at Battlefield 1 and sees which one did the portrayal of the World Wars better.

At one point you'll be soaring through the sky in an intense dogfight.

After much anticipation, Call of Duty: World War II has finally released. With fans rejoicing and stellar reviews, the game offers a refreshing break from predecessors’ futuristic, high-tech mayhem.

Activision has stripped players of their Boost Jumps and Exo-Sheilds. Instead, they’re given some good, old-fashioned Bouncing Betties and Bazookas.

However, this isn’t the first title to visit a World War setting. Back in 2016, DICE released its critically successful Battlefield 1.

Both games received praise for their engaging stories, immersive multiplayer and stunning designs. But which one was the better return to historical warfare?

DESIblitz takes a closer look at the two titles. 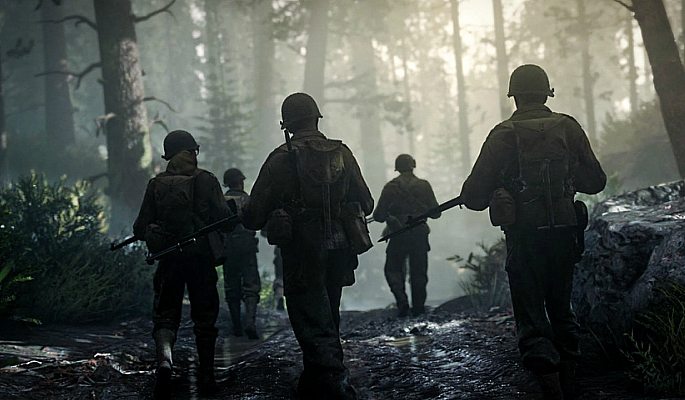 Looking at Call of Duty, some players may tend to skip its campaigns. Diving straight into multiplayer or ‘Zombies’ modes. However, Activision’s return to World War Two brings a short, typical, but very engaging campaign story.

It follows Private ‘Red’ Daniels through iconic moments from World War Two, such as D-Day and the liberation of Paris.

While the franchise has explored these pivotal moments in prior games, Activision has taken a personal approach with COD: WWII.

It shows the soldiers not as an unstoppable force, taking out the biggest enemy in their way. But as a band of brothers struggling to survive their treacherous journey.

Indeed, even the growing, internal tension between the group feels particularly engaging. Instead of just cannon fodder, they are shown as real, unique people.

Despite its emotional narrative, it doesn’t push many boundaries creatively. Essentially it acts as a cliche war tale with typical character archetypes and story progression. 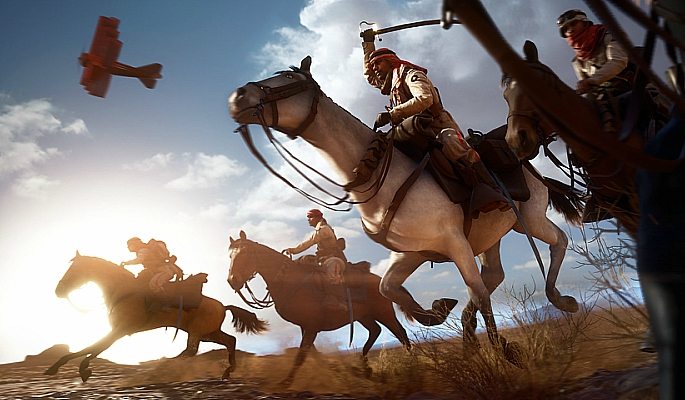 Meanwhile, Battlefield’s campaigns have felt unimpressive since Battlefield: Bad Company 2. However, DICE have turned that around with Battlefield 1 to a campaign that is diverse and engaging.

Like Call of Duty: World War II, it’s a relatively short narrative, lasting about 5 to 6 hours. Comprised of 5 vignette-style stories, which last between 30 minutes to an hour.

Battlefield 1 takes personal stories one step further. It delves into the lives of unique, but very ordinary individuals. A shocking reminder of the countless lives that were lost during that horrific time.

The variety of gameplay styles and locations really makes this campaign stand out. At one point you’ll be soaring through the sky in an intense dogfight or you’ll be in the Middle East deserts, wielding a rifle from horseback.

However, due to the chronological, geographical leaps and simplified objectives, Battlefield 1’s campaign lacks depth. Meaning players struggle to form emotional ties with the characters.

Moreover, if you don’t die when expected to, death is often forced upon you for the narrative of the game to progress. Often breaking the suspension of disbelief. 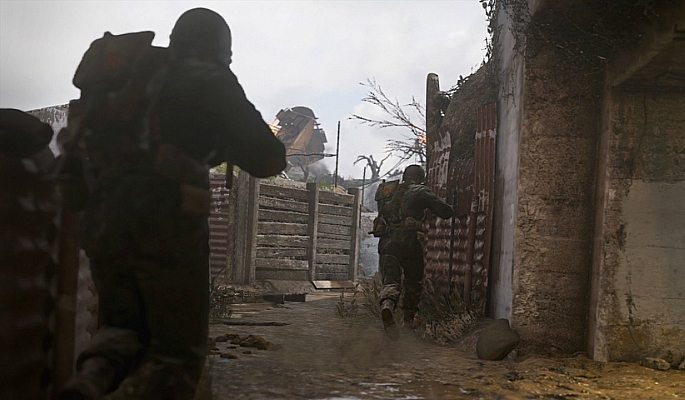 Though it lacks the high-tech weaponry seen in prior games, COD: WWII plays nearly the same as any past iteration. You’re likely to kill a lot of people quickly – and die quickly too.

The historical setting is a refreshing change from the futuristic maps of Infinite War and Black Ops III. It features war-torn German cities and isolated French villages. With a good balance, these maps offer lots of claustrophobic areas best suited to shotguns and submachine guns.

For the snipers, ‘War’ is the best mode. It plays a lot like Battlefield‘s ‘Rush’. One side attacks multiple sections of a map while the others defend.

This is an excellent mode, however, its limited selection of maps lets it down.

One of COD: WWII‘s most unique multiplayer features is its in-game hub, which is called ‘Headquarters’. It serves as a nice place to relax and practice. Those who’ve played Destiny 2 will see its similarities with the ‘Tower’. 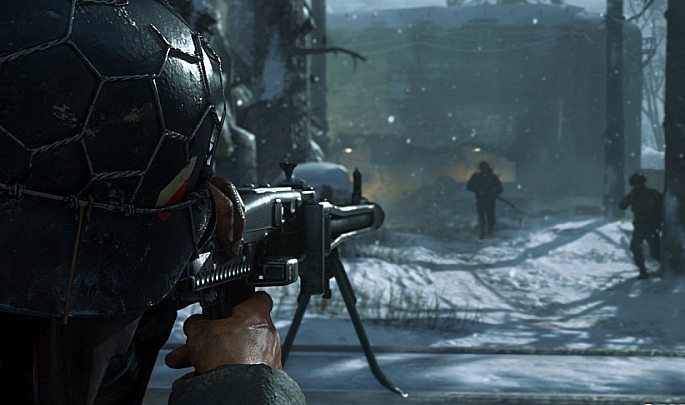 A social zone, players can watch pro-Call of Duty events at the theatre and practice with various weapons at the gun range. Players can also compete against each other in 1v1 matches.

However, one of the major problems with COD: WWII multiplayer is the length of time it takes to load into matches and to move past the scoreboard. This creates a fractured-playing experience instead of a fast, seamless one.

But Zombies returns with a more personalized experience! Players can use custom load outs which lends to their playstyle. Repeat play-throughs are rewarded with meaningful upgrades that can prolong your zombie killing lifespan.

Loot crates are used in both regular multiplayer and Zombies; becoming more practical in the latter. They contain potentially game-changing consumables like free revives or Panzershrecks. 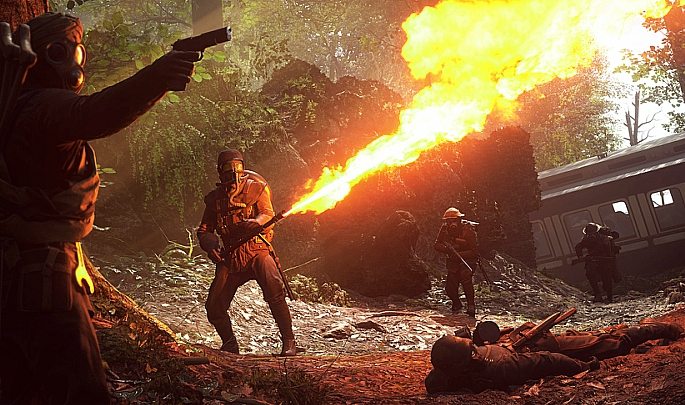 Unlike the heart-wrenching campaign, Battlefield 1‘s multiplayer is simply fun.

It takes Battlefield’s classic mayhem-filled matches and puts them into a unique, World War 1 setting. Though some elements of the game are made harder by this setting, the novelty of using archaic equipment creates interesting challenges.

The weapons, though lacking some historical accuracy, are appropriate for the time period. But have lots of variety and distinction. Players can use upgrades and attachments when needed. A welcome change from the repetitive weapons seen in Battlefield 4 and the overwhelming attachments.

However, aiming accuracy is in short supply due to lack of recoil-reducing and spread-control attachments. While the learning curve is steeper, it’s rewarding once you have mastered weapons.

Players also need to bring a lot of damage to enemies to take them down. Patience is a necessity, which can sometimes slow the pace of the gameplay. 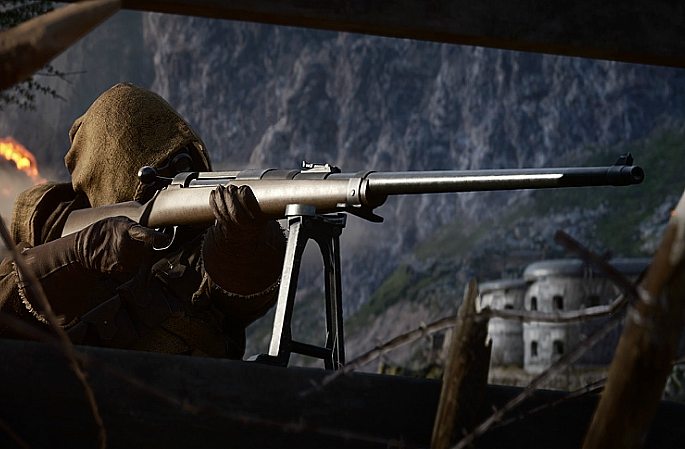 Other useful tools and gadgets are also specific to the times. For instance, instead of defibbing units from modern predecessors, the Battlefield 1 medic carries a large syringe, which comes across as quite comical.

Mustard gas is a useful way of blocking areas and tactically stopping players without gas masks to aim down sights.

Vehicles like the A7V tank, fighter and bomber biplanes are much harder to destroy in this historical setting. Players need to work together to take them down.

Though it lacks the quirkiness of zombies, the game has ‘Conquest’ which is the best, most immediate way of experiencing what it has to offer. The game mode can have 64 players, 32 each side, battling it out over massive maps for control of key flag points.

All of these game modes take place on some of the most organic Battlefield maps to date. The lack of symmetry allows for a more realistic feeling gameplay experience. 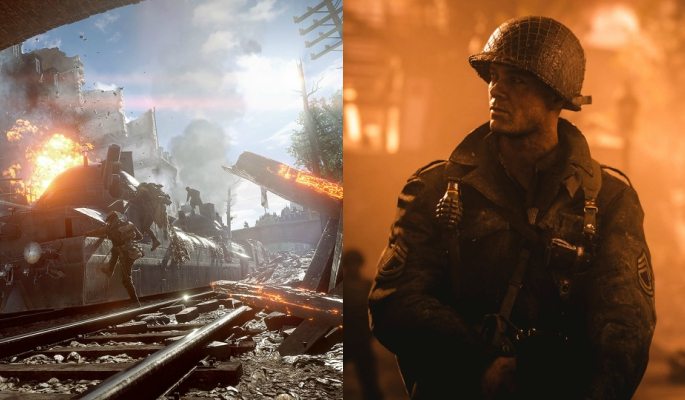 The graphics in Call of Duty: World War II aren’t the most advanced on the market. But it does look quite beautiful in parts.

However, weapon models and textures take a considerable amount of time to load pre and post-match. An unexpected flaw for one of the most popular video games in the world.

In terms of Battlefield 1, its visuals are far superior, despite an earlier release. Offering colour depth and mesmerizing lighting that when played without the HUD, you could even mistake it for real-life war scenes.

This attention to detail is what brings the graphics of the game to life. Specifically in its use of a destructible environment which really aids player immersion and engagement.

Both titles feature both strengths and flaws; highlighted in their campaigns, multiplayer and graphics.

Though Battlefield 1’s campaign has some technical errors and little depth, COD: WWII succeeds in these. Its diverse and experimental storytelling sets it aside as a true original.

For multiplayer, COD: WWII wins as it combines its classic formula – but draws inspiration from Battlefield games modes like ‘Rush’.  Graphically, however, Battlefield 1 is far superior.

With this in mind, DESIblitz feels that this makes Battlefield 1 win the tiebreaker. A true piece of artwork that astounds and horrifies with its content.

But let’s turn the question to you. Which game will you ultimately play? Vote in our poll below.