Battlefield 1 is an Explosive First-Person Shooter

The ‘new’ instalment of the Battlefield series from EA takes us back into the past but pushes the franchise forward. DESIblitz explains why.

EA surprised many with the setting for the new instalment of its first-person shooter franchise, Battlefield 1.

While their rivals Blizzard Activision took a step into the future with ‘CoD: Infinite Warfare’, Battlefield 1 reached into the past with its take on First World War combat.

It was a bold decision by EA given their string of recent missteps.

The difficult launch of ‘Battlefield 4’ due to technical issues with the game was followed by the pointless addition of ‘Battlefield: Hardline’ to the series.

Its lack of innovation caused many in the gaming industry to remark that it should have been downloadable extra content.

The Dice developed, ‘Star Wars: Battlefront, which although pleasing in visual aesthetics and ‘Star Wars’ nostalgia, also failed to dazzle in terms of gameplay and received lukewarm critical reviews.

So is EA’s decision to go back to the basics mean for Battlefield 1 a wise one? DESIblitz takes a closer look at the game. 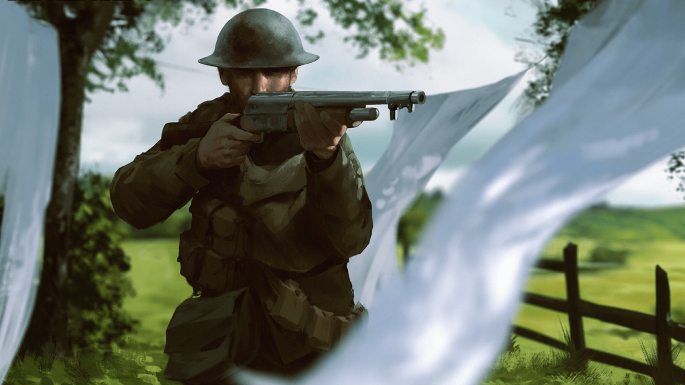 Despite the initial hesitation of gamers and critics, the ‘BF1’ setting is proving to be a gamble which has paid off.

Visually the game is stunning. With the weapons, vehicles and locations pushing the boundaries in terms of detail and realism.

The excellent ‘Frostbite 3’ engine is used spectacularly with its destructible environment mechanic. Blowing up buildings with tanks and bombs has never been so pleasurable.

The grandiose ‘level-ution’ of ‘Battlefield 4’ has been removed in favour of larger and better-designed maps fitting with the era.

The gameplay itself while not revolutionary has enough new ideas to make it fresh.

The single-player campaign is a marked improvement on previous outings, giving well-known but infrequently told angles of human history.

Although the campaign can be accused of being a little short, with 5 story arcs lasting little over 8 hours of gameplay.

The player can feel they have not been given enough time to fully connect with the character before being whisked away.

However, EA must be commended for its portrayal of the different aspects of the First World War. 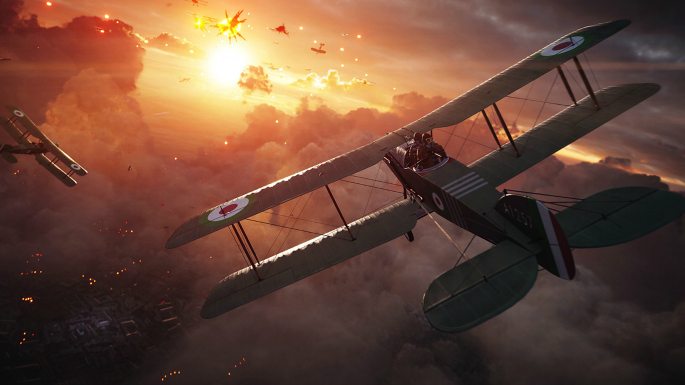 Traditionally thought of as being a European War, one of the story arcs focussing on a female Arab combatant fighting alongside Lawrence of Arabia.

The multi-player also acknowledges this with the player taking control of South Asian, African and Middle-Eastern soldiers.

This captures the reality and contribution of different ethnicities which until recently has not been well-known.

Gamers can expect the weapons to handle vastly different from anything they have previously experienced.

The weapons while not being historically accurate are a well-balanced attempt at WW1 era combat. Without sacrificing fun gameplay.

In addition, players have access to poison gas, flamethrowers, heavy machine guns and the bayonet charge. These go a long way to add to the theme and feel of the First World War background. 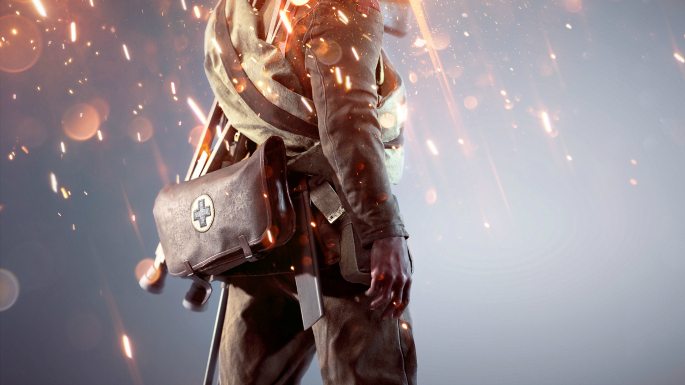 The multiplayer remains much in the same format.

The ‘Conquest’ mode is a constant feature in any ‘Battlefield’ game. Along with ‘Deathmatch’, ‘Team Deathmatch’ and ‘Rush’.

Only the addition of ‘Operations’ being the head-turner of the modes available. A mode where one team defends one or more flags in a “‘sector” while another attacks. The attacking team has a certain number of lives to capture and hold all the flags in a sector simultaneously. 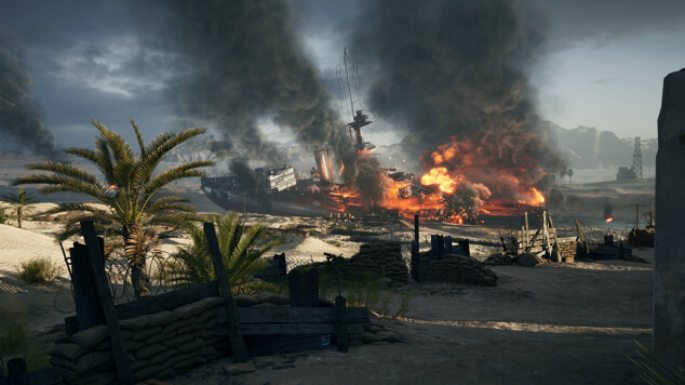 Locations for the game are truly the stars of the show encompassing the very nature of World War.

Multiplayer maps range from the battered ruins of a French town, the mountainous beauty of the Italian Alpine, or the dusty and unforgiving desert of Arabia.

EA has gone to a lot of effort to provide realism in this area with the visual quality of the games location being outstanding.

The only negative is the lack of any real trench warfare. This, unfortunately, causes the game to disconnect from the reality of the First World War and slightly hinders the tone of the game. 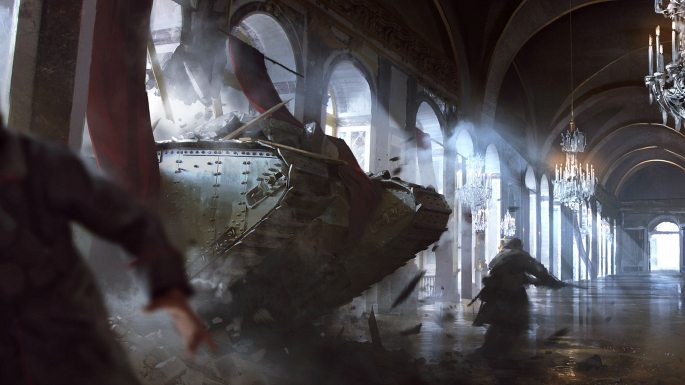 Vehicles should be a huge part of any Battlefield experience. ‘BF1’ delivers on this, with tanks, planes, boats and even horses available to the player. The so called, ‘Birth of Modern Warfare’, is incredibly well represented.

‘BF1’s’ exciting and fast-paced vehicle combat will keep you playing for hours. The sense of mechanised warfare is exaggerated further with the addition of ships, airships and trains. Known as ‘Behemoths’, they can help turn the tide of battle, in your favour or against it.

With a fully filled pre-Christmas schedule ahead of us with ‘Gears of War’, ‘Call of Duty: Infinite Warfare’ and ‘Titanfall 2’, ‘BF1’ is definitely something to take a look at.

Although not the game to end all games, it’s excellent visuals, infinite replayability and unique take on an important part of history make it a definite purchase.