Captain Kaon offers a trip down memory lane with its retro inspired space shooter. DESIblitz checks out the game and chats with its developer.

"Seeing all your ideas come to life is so rewarding it makes all the struggles worthwhile."

The game takes place in a faraway future, where humanity leaves Earth in search of new planets. However, a battle emerges as aliens begin to attack.

While the battle takes place in outer space, you play as Captain Talia Kaon, the last gunship pilot on Earth.

She acts as the captain of the flagship of Home Defence Fleet. However, she faces a tough battle as most of the remaining ships on the planet have had their day.

But, while reclaiming back planets, Captain Kaon and her fleet soon discover a new threat to humanity.

The game will be available on Steam for PC players. Gamers get the chance to fight aliens, re-claim planets and manage their own space fleet. 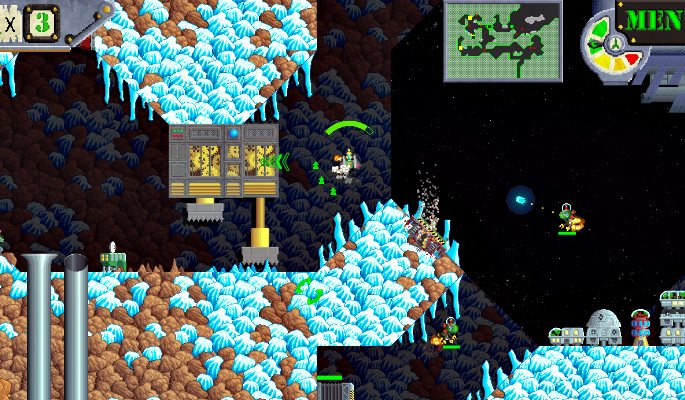 DESIblitz spoke with game developer James Buckle. After years of making games, he decided to venture out and create his own company: Engage Pixel. He spoke to us about Captain Kaon and the journey behind making the game.

What was the inspiration behind creating Captain Kaon?

When I was a kid I had Thrust on my Spectrum and I loved the challenge of trying to pilot your ship through tight twisting tunnels. Then I got Gravity Force 2 on my Amiga, which was an awesome 2 player arena version.

When I started Captain Kaon I originally wanted to make a local multiplayer version that people could play on their phones, to try and recapture the fun I had as a kid.

In the end, it turned into a single-player experience as I couldn’t get the multiplayer code to work.

Can you tell us about the development journey of the game?

It’s been both tough and rewarding. Tough because I’ve been on my own, working from home, without any support.

But, ultimately, seeing all your ideas come to life is so rewarding it makes all the struggles worthwhile. 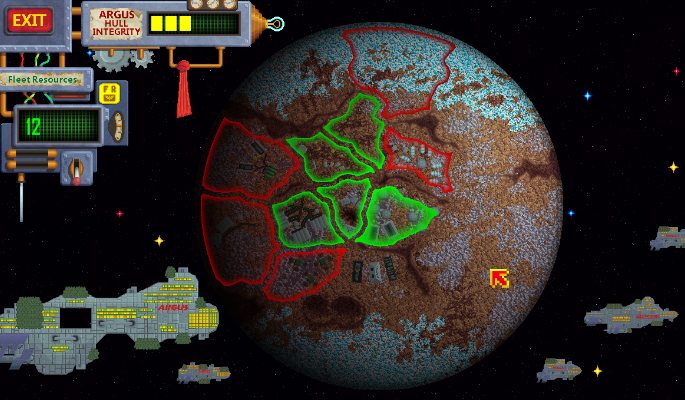 Did you face any difficulties along the way?

I was fortunate that a lot of what I had to do with Captain Kaon was things I did when I was a kid. I was able to recreate the ‘90’s Amiga style by simply going back and doing what I did on my Amiga in the ‘90’s.

The challenge came when I had to learn something new, like particle effects. These weren’t really used much on the Amiga, it didn’t have the processing power, so I had to learn how to use particles effectively.

I’ve had to learn how to do 2d bone animation, most of the machinery and turrets use this. But I also had to figure out how to make it still look like it’s an old school pixel art game when using these animations.

This is the first time I’ve done a state driven AI with decision making. I’ve had to go through 7 versions, often restarting from scratch, to get to the final version in Captain Kaon.

What inspired you to become a game developer?

I’ve loved computer games since the first moment I saw them. I got a Spectrum when I was about 8-9 years old. It was a great little piece of kit that gave me the opportunity to not just play games, but make them as well. 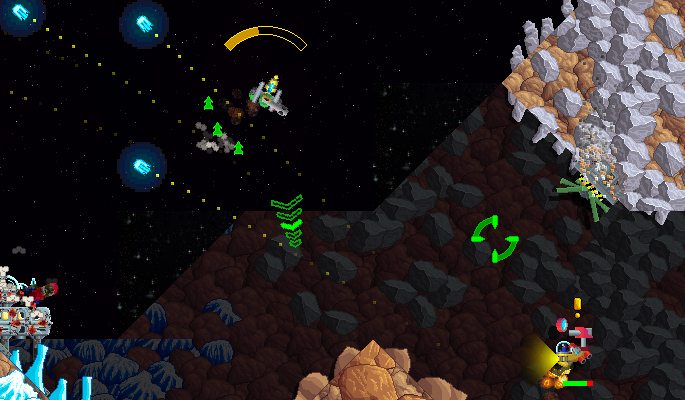 I would draw out storyboards of levels on paper and then try to code them. I didn’t really get very far back then. But by the time I was 10 years old, I knew that this was what I wanted to do when I grew up.

What made you decide to create your own indie company?

I’d spent 12 years as a tester, working on Total War, which was a wonderful experience. But I reached the point where I wanted to stop helping other people make their games and make some of my own.

Making games has been my ambition since I was 10 years old, something I had mostly given up on. But then the indie scene started to take off. Suddenly you could go off on your own, make a little game, and maybe have a chance of some success.

Although for me, just releasing the game is going massive, even if it doesn’t really sell. I’ll be able to say to my 10-year-old self: “I did it, I actually did it.”

Can you tell us about any future projects?

Developers are always having cool ideas for games. I’m fortunate that I’m in a position to actually take my ideas and run with them. I’ve made a long list of ideas over the last three years for a potential next project.

There will definitely be a different approach to my next game. I’ve learnt from Captain Kaon that making bespoke levels is quite time-consuming.

The next game needs to have a much tighter turn around, so I’m going to focus on procedurally generated levels. I’ve got a really cool idea for a Rogue-like dungeon crawler, it has a neat twist that hasn’t been done before. I’m really excited about it. 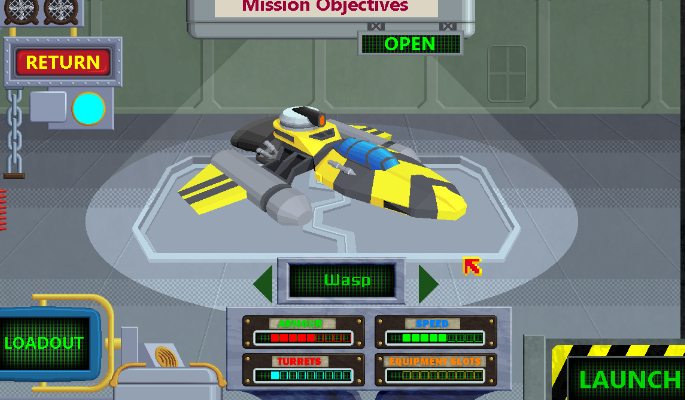 DESIblitz had a chance to play the game. Let’s see if Captain Kaon acts as a worthy game of this often-forgotten genre.

The game enables players to complete missions, which allows them to slowly reclaim back planets and earn fleet resources. Players can expect a variety of different missions, which each contain numerous enemies awaiting.

Throughout the game, players will build up an array of ships to help them in missions. Starting with the first called “Wasp”, each comes with individual strengths such as armour, speed, turrets and equipment slots.

As you build up your range of ships, you need to strategically decide which one proves the most useful for missions. In addition, depending on how well you spend your fleet resources, players have the option of bypassing mission, at the cost of resources.

For areas which you have already claimed back, you can select to exploit resources, building up your funds. But this does come with the risk of an enemy battle.

In terms of graphics, Captain Kaon really harks back to retro games. The detailed colourful imagery certainly provokes a nostalgic feeling within the gamer.

However, some controls can take some time to get used to. But, once familiar, gamers can have hours of fun battling enemies with full 360 degrees movement. James Buckle has brilliantly re-captured the elements of inspirations Gravity Force 2 and Thrust. 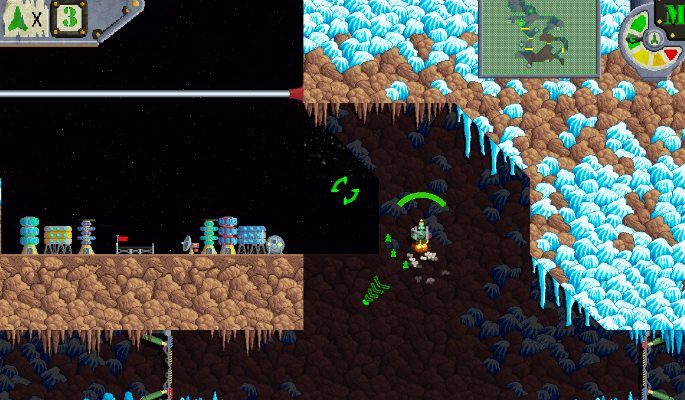 And when you consider that this well-detailed, engaging game became developed by just one person, this sci-fi gravity shooter acts as an impressive work of art. DESIblitz takes its hat off to James Buckle!