3 COD Missions that Call of Duty WWII should Learn from

Call of Duty WWII has been announced. With a reveal on the way, DESIblitz lists three missions that the game can learn from to create a realistic portrayal.

Call of Duty WWII needs to handle its setting with the same sophistication and multiplicity that World War II deserves.

Activision has finally announced the next entry in the Call of Duty series: Call of Duty WWII. As expected, the series will be returning to World War 2, fulfilling the promise of returning the franchise back to its “roots”.

Yet, just setting it in the period of the first games will not be enough. For perhaps the first time, Call of Duty has something to prove.

It will have to show that it can one-up the competition, Battlefield 1. And, to take note of how Battlefield 1 excelled, not just because of its World War I setting. But, because it explored the period from many different angles.

With this in mind, then, it is perhaps a good time to look back at three of the best Call of Duty missions and see what the latest entry can learn from them.

For Call of Duty WWII to fully utilise its setting, and compete with its recently invigorated competition, it would do well to pay attention to these successful missions.

The Battle of Pointe du Hoc ~ Call of Duty 2 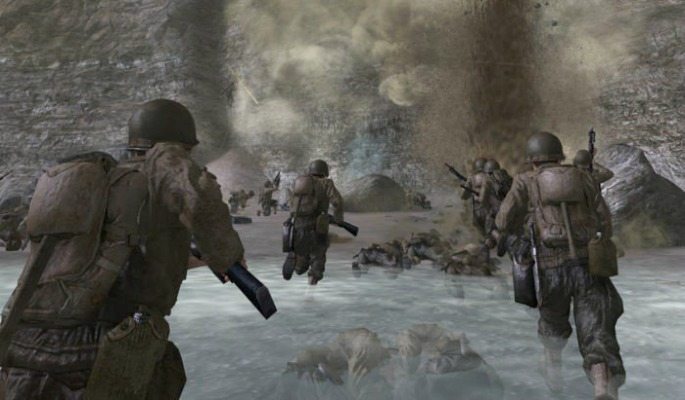 Kicking off this list is a mission that Call of Duty WWII can most take from. The 17th level of Call of Duty 2, “The Battle of Pointe du Hoc,” features a beachhead assault reminiscent of the upcoming game’s branding.

After a violent initial landing, the game forces the player to run through gunfire to get to safety. Once scaling the cliff mounted by the beach’s Nazi defenders, the player goes on the assault. The level proceeds from there – becoming only more hectic and bombastic.

It is the opening, however, that Call of Duty WWII can take the most influence from. Chaos on a beachhead and a desperate dash for survival are quintessential images of World War II.

With the power of modern consoles behind it, the game should definitely make a return to such a setting. The scale of D-Day can now be realised far more than it could ten years ago. With that can come the merciless, violent carnage that Battlefield 1 managed to capture of the First World War. 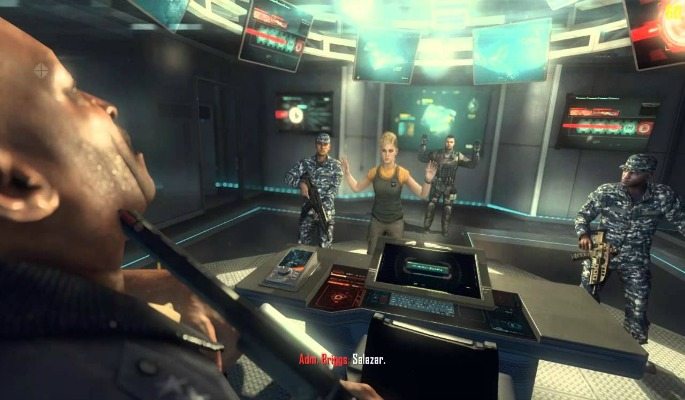 Unlike the previous entry, there is perhaps little for the upcoming game to take from “Odysseus” aesthetically. The mission takes place in 2025 on the advanced American vessel U.S.S Obama.

Nevertheless, it was perhaps the best level to reflect the strength of Black Ops II’s “Strike Force” component.

As something that has yet to be reappeared in the franchise, Strike Force missions were more tactical than the usual, run-and-gun affair of the franchise’s levels.

Players would oversee additional, critical missions that, if failed, would not allow a restart. Despite how these Strike Force missions turned out, the player would have to deal with the consequences in the rest of the campaign.

In “Odysseus”, many of these Strike Team outcomes came to a head, making for a level that could go numerous ways.

It features a range of different scenarios, depending on who is saved and who survives previous Strike Team missions. This personalises the player’s experience in a way that no Call of Duty mission since has been so successful in.

World War II became notorious for featured campaigns that pushed countless soldiers’ limits. With a Strike Team feature – or one similar – Call of Duty WWII could reflect this.

Choice and consequence are usually reserved for role-playing games. But, there is no harm in shooters also dabbling in it. Especially those that want their experience to create a more visceral edge.

WWII would do well to pay attention to “Odysseus,” if it wants to fulfil this.

Eviction ~ Call of Duty: The World at War 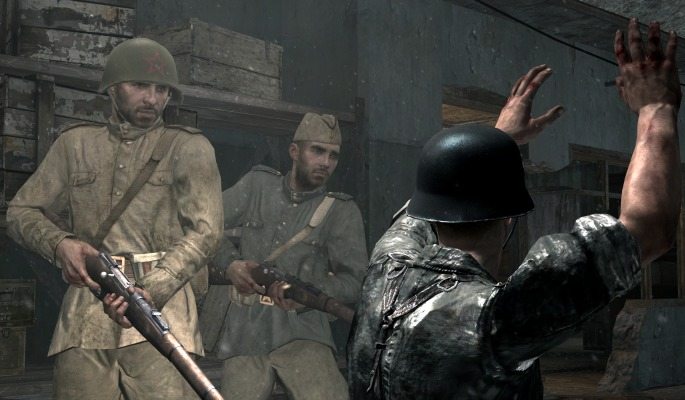 The World at War has a number of missions that would be perfect for the upcoming game to take inspiration from. In this, levels featuring the Far Eastern theatre and missions like “Downfall” were close seconds.

However, with beach warfare already covered on this list, “Eviction” reflects another angle of the Second World War. Brutal, urban warfare.

Taking control of Dimitri Petrenko, players fight through the streets of Berlin, in an attempt to finish the Third Reich off for good. Whilst the gameplay itself acts as standard Call of Duty material, “Eviction” raises the bar by dabbling in the morally grey.

Russian and German soldiers are seen executed left and right. At one point, the player faces surrendering German soldiers. With them, comes a choice of how to handle the situation.

Whatever happens, the surrendering soldiers are dead. If the player shoots, they at least get a quick death. If not, allied soldiers will set them ablaze with Molotov Cocktails.

Such a scene, and indeed the general mood of the mission, speaks to the brutal nature of World War II. It also challenges the player by involving them in it, something that makes it only more brutal.

With Battlefield 1 praised for a similarly relentless take on the World War I, Call of Duty WWII could learn much from World at War’s most violent mission.

These, then, are the top three Call of Duty missions that the upcoming game should learn from. Of course, there are plenty of other levels that are as good as the ones on this list. Missions like “All Ghillied Up” and others will forever hail as stand-outs in the franchise.

Yet, to some ends, these have been overdone by levels that have sought to repeat their successes.

It’s time for something new. Call of Duty WWII needs to handle its setting with the same sophistication and multiplicity that World War II deserves.

But, many will have to wait to see if the game will achieve this.

Yet, with a worldwide reveal coming 26th April 2017, fans won’t have to wait long to learn more.