With a return to the roots of the Call of Duty franchise on the table, DESIblitz considers where this might take the series’ 2017 instalment.

The roots Activision speak of may lie in a modern setting.

Recently, Activision announced that this year’s Call of Duty will be taking the juggernaut franchise “back to its roots“.

This statement has opened up speculation over where Call of Duty’s 2017 release will take the series.

It’s unclear whether Activision is looking to previous successes for inspiration. Or they may be planning to revisit historical battlefields such as World War 2.

The roots Activision speak of may lie in a modern setting. This is where the franchise found huge success with Call of Duty 4: Modern Warfare. It catapulted the series to the commercial domination it now enjoys.

Indeed, the fact that Infinite Warfare included a current-gen remaster of Call of Duty 4 could be telling. Despite having to purchase the much less popular Infinite Warfare to play, many of the franchise’s fans welcomed the remaster.

Yet there is increasing evidence, and expectation, that the franchise will be returning to the battlefield of the first games. These original instalments were set in World War 2. A battlefield that the series has not featured since 2008’s World at War.

Recent reports that Call of Duty level designers visited Berlin in mid-2014 (around the time that this year’s game may have been in planning) would seem to suggest that a World War 2 setting is likely.

Added to this is the critical acclaim that Battlefield 1 enjoyed, as well as its commercial success. Like Call of Duty, the Battlefield franchise in recent years has set itself in the present day, only to return to the past in 2016 – and to the relatively uncharted waters of the First World War. 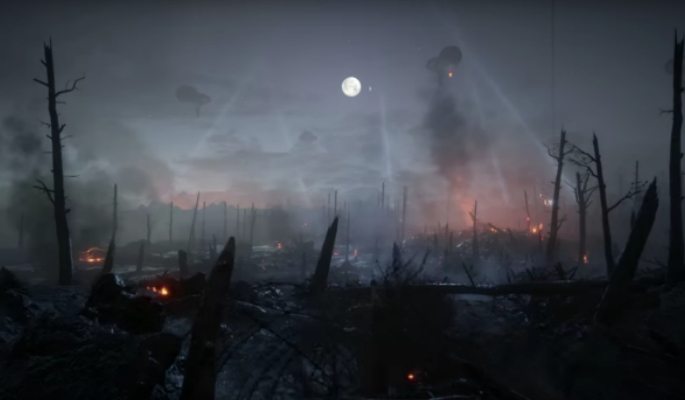 With many having praised Battlefield 1 for its fresh setting, it is perhaps likely that the Call of Duty franchise will be revisiting the twentieth century too. And, in the process, bringing an end to the modern military shooter that has dominated the genre for the last ten years.

Regardless, whichever way this year’s Call of Duty goes, the future of the franchise – and its place in the industry – will be defined in 2017.

One way or another, this year will see Activision decide where the roots of Call of Duty ultimately lie. Be it in the past or the present. Their choice will create ramifications for the industry as a whole.

If previous years are of indication, fans can expect a confirmation and reveal of the game in May 2017.