Man finds WW2 Bunker under his Lawn after 40 Years

An Indian man in Wolverhampton has found an abandoned World War Two bunker in his garden after 40 years of living in the house.

"It was amazing seeing all the steps exposed."

A Wolverhampton man discovered a World War Two air-raid bunker at the home he has lived in for the past 40 years after he inspected a manhole cover in the garden.

Khandu Patel, aged 68, lifted the manhole cover in the garden of his home while gardening.

The semi-detached house was built in the 1920s and a previous owner had excavated a large bunker in the garden.

Patel a school caretaker has lived at the home for 40 years with his wife Usha, aged 62.

“I’d always wondered why the manhole cover was there. During the lockdown, I and a friend decided to lift it up. Under it was concrete.

“We started digging and it became apparent it was a staircase. It was amazing seeing all the steps exposed.”

Soon, Patel and his friend had excavated a set of stairs which went 10 feet under his garden to reveal the bunker underneath.

“We reckon most of the street would have used it during the war. It could probably have got 40 people inside cramped.

“We’re turning it into a bar. It’s going to be where we can relax and when allowed, have family over.” 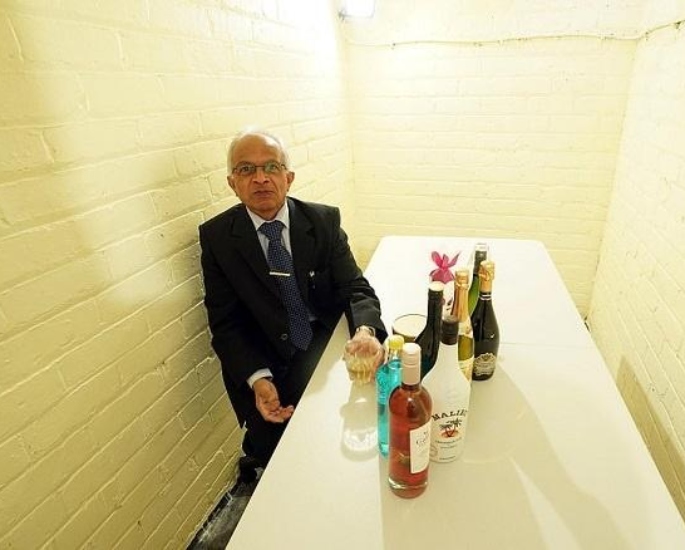 Patel is one of many to be pleasantly surprised at finding hidden bunkers in their property.

Another secret World War Two bunker was found in the Scottish Borders during tree felling work in March 2020.

Forestry and Land Scotland (FLS) discovered the structure in Craigielands Forest near Moffat.

It is thought the bunker was used as a base for an Auxiliary Unit sometimes known as Churchill’s “secret army”.

The specially-trained teams were often made up of local estate workers who knew the land in the area “like the back of their hand”.

“This discovery gives us an insight into one of the most secretive units that were operating during WW2.

“It’s quite rare to find these bunkers as their locations were always kept secret – most were buried or lost.

“From records, we know that around seven men used this bunker and at the time were armed with revolvers, submachine guns, a sniper’s rifle and explosives.”

The bunker was built to a standard design measuring about seven metres (23ft) by three metres (10ft) and accessed via a hatch at the end of a narrow passage.

An escape hatch was located at the other end of the bunker.

Akanksha is a media graduate, currently pursuing a postgraduate in Journalism. Her passions include current affairs and trends, TV and films, as well as travelling. Her life motto is 'Better an oops than a what if'.
Banker selling Fake Covid-19 certificates & Spending Gains in Dubai
Indian Woman makes Husband take Impotence Test