A recent leak has purportedly confirmed World War 2 setting for the next instalment of the Call of Duty franchise. DESIblitz explores this historical theme.

The designs feature a number of images seemingly ripped straight out of World War 2.

New images leaked on a YouTube video suggest that the next Call of Duty game will take place in the historical setting of World War 2.

Rumours surrounding the next Call of Duty game continue to circulate.

In February 2017, DESIblitz reported how an internal Activision presentation revealed that the juggernaut franchise will be making a return to its “roots” in 2017.

This led many to speculate that a reappearance of the World War 2 setting could be on the table. This latest leak adds further fuel to the fire.

In a video by TheFamilyVideoGamers, it purportedly shows various steel-book designs for the next game. The designs feature a number of images, seemingly ripped straight out of World War 2.

Indeed, most of the images speak to a D-Day setting. Soldiers are depicted fighting on a war-torn beach. With this in mind, fans can perhaps expect an emphasis on the Western Theatre. This is somewhere the series has not been since Call of Duty 3 in 2006.

The series’ last return to the World War 2 setting, World at War, focused on the Eastern Theatre, and the campaigns in the Far East.

With the considerably greater horsepower of modern consoles, a return to the Normandy landings is perhaps long-overdue. It is now much more possible to render the famous campaign, and its scope, than it was ten years ago. 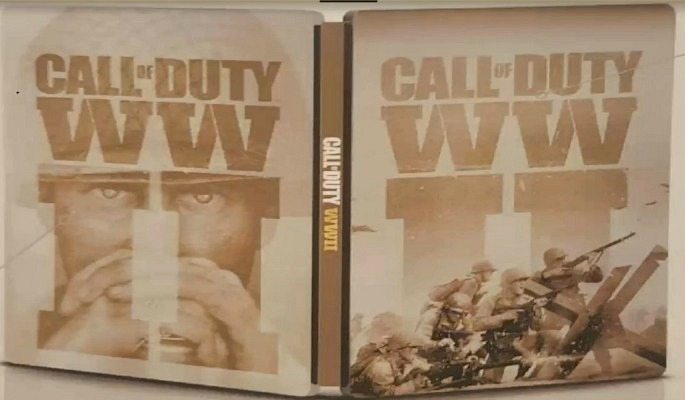 The leak also seemingly reveals the name of this year’s entry, that being, “Call of Duty: WWII.”

The name, if it is true, leaves little room for doubt, as to what the game’s setting will be. It also bears some similarity to what the Battlefield franchise did, with its World War I entry in 2016.

This perhaps is reflective of how Call of Duty will be responding to its rival franchise.

No word yet though on the confirmation of the leak.

However, The Family Video Gamers has claimed that an anonymous source emailed them the images. Yet, it is worth noting that previous instalments in the franchise were also leaked.

Additionally, the franchise’s next entries usually become revealed around this time.

All in all, then, it seems that both the next Call of Duty will see a World War 2 setting and a reveal in the near future.

Between “Call of Duty: WWII” and Battlefield 1’s success, it also seems that a revival of twentieth-century shooters is on the table.

The initial rise of the modern-military shooter was due to fatigue over World War 2 shooters.

Yet, with consumers tired of the grungy, modern shooter, a return to the past, it seems, is ironically the future of the genre.