A New York jury has found US Indian woman, Shamdai Arjun, guilty of strangling her 9-year-old stepdaughter, Ashdeep Kaur, who had come from Punjab.

A US Indian woman, Shamdai Arjun, aged 55, has been found guilty of strangling and murdering her 9-year-old stepdaughter, Ashdeep Kaur.

A jury in Queens, New York, took less than an hour deliberating to find Shamdai guilty of second-degree murder of the young girl, who she left naked in a bathtub after strangling her.

Ashdeep had come from Punjab in India, to stay with her father, Sukhjinder Singh and Shamdai Arjun, at their Richmond Hill home in the US, just a few months before her death.

According to the testimony in the trial, the murder of Ashdeep took place on August 19, 2016, in the afternoon.

An eyewitness who testified at the trial saw Shamdai at around 5.30 pm. The accused was leaving the house with her ex-husband Raymond Narayan and her two grandchildren.

When the eyewitness quizzed Shamdai about Ashdeep and where she was, Shamdai said that she was inside, in the bathroom, and waiting to be picked up by her father.

The eyewitness stated that she noticed the bathroom light had been on for about 2.5 hours, since 3.00 pm, before she spoke to Shamdai outside.

After speaking to Shamdai, the witness contacted Ashdeep’s father. Her father told the witness to break the bathroom door to force it open.

After the witness managed to open the door, inside she found Ashdeep in the bathtub lifeless and unconscious.

When the girl’s father Sukhjinder Singh returned home, he fainted at the scene after being overcome with grief. 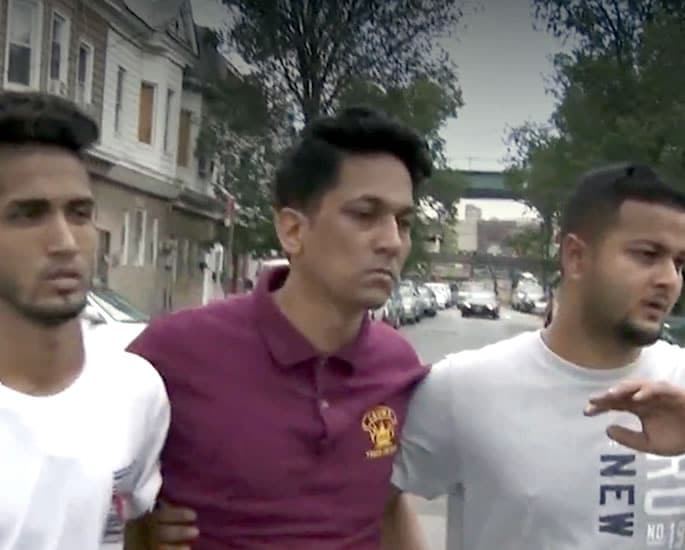 Police and emergency services were called to the murder scene. Ashdeep was pronounced dead soon after.

The autopsy done by the Medical Examiner’s office stated that Ashdeep had died from manual strangulation.

Shamdai was then located by detectives in a home nearby and then arrested after questioning.

It was revealed by Queens Assistant District Attorney Michael Curtis that Shamdai had apparently threatened to kill her stepdaughter on a number of occasions in 2016.

Relatives of Ashdeep Kaur also made allegations that Shamdai previously abused the young girl a number of times.

As well as Shamdai, Raymond Narayan, her 65-year-old ex-husband was charged for obstructing police.

He had taken Shamdai and their grandchildren to his own home after she committed the murder. Then, the couple refused to leave the house and not opening the door for over an hour after police arrived to arrest them.

“This is a horrifying case of a defenseless 9-year-old child, who was to be cared for by her stepmother but was instead strangled to death by her.

“Her actions are truly incomprehensible and deserve the maximum punishment allowed under the law.”

Shamdai Arjun faces a sentence of up to 25 years in jail for murdering her stepdaughter.

Nazhat is an ambitious 'Desi' woman with interests in news and lifestyle. As a writer with a determined journalistic flair, she firmly believes in the motto "an investment in knowledge pays the best interest," by Benjamin Franklin.
10 Wealthiest Asians in the Sunday Times Rich List 2019
Ammo Talwar – a Musical Inspiration in Business