Anish Mistry was imprisoned for threatening to put a sex video of a teenager on Facebook if she refused to do what he asked.

"I have something interesting of your girlfriend"

Anish Mistry, aged 24, of Loughborough, was jailed for nine months for threatening to upload a teenager’s sex video onto Facebook.

Leicester Crown Court heard Mistry used the video to blackmail the 18-year-old woman. He told her he would upload the footage unless she gave him £500 or sent him another sex film.

Mistry obtained the footage after the victim voluntarily sent it to someone she did not know on the Whisper social media site in 2017.

The prosecutor Richard Thatcher explained that in May 2017, the victim was in contact with someone she believed to be female on Whisper.

The person asked the teenager to “perform various acts whilst filming herself”.

Judge Nicholas Dean QC said: “They were intimate private acts and there was no element of coercion – she was being curious, really.”

Her boyfriend then accepted a Facebook Messenger request, thinking it was someone called Holly.

Mistry sent a message which read: “I have something interesting of your girlfriend and it may be worth her getting in touch with me.”

Mr Thatcher said: “There was mention made of blackmail.”

Mistry, who was a gambling addict, later sent screenshots of the video to the boyfriend of his girlfriend, demanding £500 or for her to send him another sex video.

Mr Thatcher continued: “If the money wasn’t received by the following day then friends and family would receive the video.” 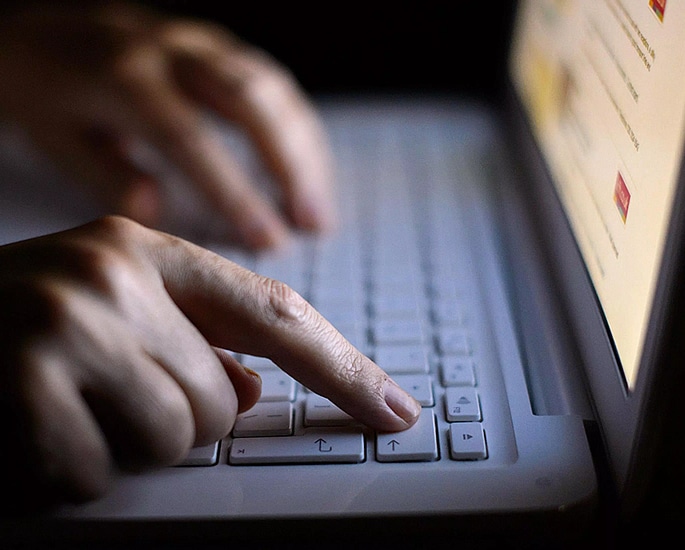 The teenager reported it to the police and Mistry was traced through his internet provider.

Mistry’s phone was found to contain the explicit sex video the victim had made in 2017.

When interviewed, the defendant admitted being on Whisper but claimed he had only used it in connection with his gambling.

Mistry pleaded guilty to blackmail by making unwarranted demands for money with menaces.

Judge Dean told him: “I don’t know if it was you who was originally in contact with the complainant and persuaded her to do what she did by producing the video; the contents of which we know about.

“It is of an intimate nature.

“You were, at the time, a gambling addict and still are no doubt.

“You realised it was a way of extorting money from her and her boyfriend and attempted to extort £500.”

“It was done in a basic way and wasn’t sophisticated, because your email address could be traced.

“What you did was wicked.

“She was 18 and you were threatening to expose that video to her family and friends.

“It must have been extremely distressing to her and must still be even now.”

The court heard that Mistry was previously convicted in 2016 for stealing from an employee. He received an eight-month suspended sentence with rehabilitation days attached to the order.

Judge Dean added: “I’ve no doubt the rehabilitation requirement was to get you to address your gambling problem, but it hasn’t succeeded.

“You’re not in breach of the suspended sentence (which has now expired) but the chance you were given back in 2016 has been lost.”

In mitigation, Phillip Plant said: “His gambling addiction led to him foolishly using this video as a way to try to get money.

Judge Dean intervened to say he believed the footage was not initially requested with a desire to commit blackmail, otherwise, it would have been committed earlier than it was, and the idea to use it to extort money came later.

He added: “Nevertheless, it was a wicked crime.”

Mr Plant explained: “He had a need for money because he was gambling, which required further money.

“He plans to move to London to where there is a clinic to treat people with gambling problems.

“He didn’t know the victim personally but he can understand the pain and suffering he caused.

“He would like a second chance, although he’s realistic about what he’s done.”

Anish Mistry was sentenced to nine months in prison.

The Leicester Mercury reported that his phone was ordered to be handed over and the contents were to be destroyed.

Dhiren is a journalism graduate with a passion for gaming, watching films and sports. He also enjoys cooking from time to time. His motto is to “Live life one day at a time.”
Man jailed for Setting Takeaway on Fire for ‘Owed Wages’
Indian Sex Racket busted at Fake Spa in Mumbai