Will Pokémon Go survive once the Copycats Arrive?

Pokémon Go will be copied, but to what extent will this happen? DESIblitz ponders the possibilities of walking adventure games.

Demand for a branded Pokémon Go style game is high

Pokémon Go has been named as the biggest mobile game in U.S history, with a whopping 23 million daily users in the U.S alone.

This success has beaten the record of all other viral games including Flappy Bird and Candy Crush Saga.

These viral games spawned hundreds of imitations, either in gameplay or in visual design. So it’s not hard to believe that Pokémon Go will spawn a new brand of walking adventure games.

A trailer was recently created for Harry Potter Go. A potential app where fans can capture magical creatures, collect wizard cards and join their own Hogwarts house.

This trailer led many to believe a Harry Potter Go game was imminent. However the trailer was only a theory, made by a fan of the Harry Potter series.

Although this trailer was fake, it has opened the door to possibilities. Demand for a branded Pokémon Go style game is high. Especially as the fever behind Pokémon Go is starting to decline.

Though hardcore fans of Pokémon are likely to remain loyal to the game, the more casual user may be looking for a change. 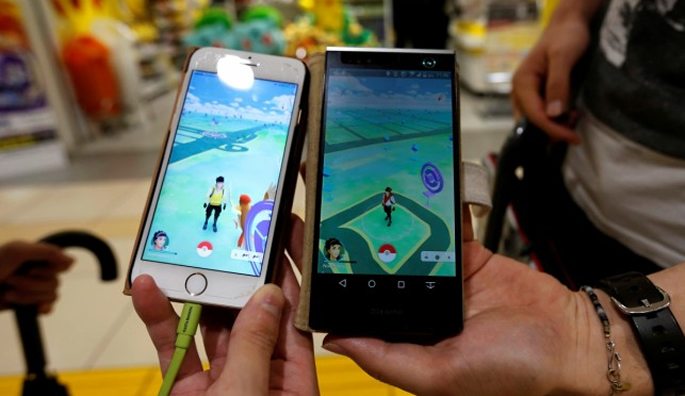 Pokémon Go developer Niantic has not yet commented on whether the ‘Go’ format will be licensed to other brands. Though that will not stop fans from wishing for games like The Walking Dead Go, or Star Wars Go, to name a few possibilities.

This will not stop original ideas or copyright free material from being used however.

Creations such as vampires, dragons or monsters are all up for grabs. And the concept of walking around to find and/or capture these beings is enticing.

Already developer Novum Analytics is developing horror game Night Terrors, a game based on that very concept. It will use the map of the player’s home to create a haunted house effect. As well as spawning monsters the player will have to hide or escape from.

Night Terrors showcases one of the possibilities of the Pokémon Go technology. This is incredibly positive as the game looks to be well made and well thought out. This will most likely draw players for that reason alone.

However many apps in the coming weeks and months will be rushed and poorly made in order to cash in on the Pokémon Go fever.

Overall it’s the players that will dictate how the next few months will pan out.

The hype of Pokémon Go will inevitably end, but it’s up to players whether they move on to poorer alternatives, or hold out for a well-made adventure.

The Rio 2016 Olympics are Over but is the App?
Does Deus Ex: Mankind Divided address Diversity and Race?