After UK’s new coronavirus strain made headlines, Indian government is tracking down 1822 people who travelled from the UK to Punjab.

After the UK revealed that a new coronavirus strain has been found, Punjab and other states in India have become cautious.

Delhi government and Airport Authority of India, on December 24, 2020, called for a list of 1822 international passengers travelling from the UK.

These people entered Punjab between 21 to 22 December after landing at Delhi’s Indira Gandhi International Airport.

However, many people out of the number arriving haven’t been identified yet. Punjab’s health department has issued an alert to trace them.

Deputy Commissioners and civil surgeons have also been directed to find out if any of these people are present in their districts.

In addition to this, a three-tier policy has also been formulated to trace the people who returned from the UK in December 2020.

It has been reported that out of the total arrivals, 1550 passengers had reached Amritsar, Punjab.

The city’s airport authority has been able to provide information regarding 709 passengers only until now.

Information on the remaining 841 passengers is yet to be given.

Punjab’s Health Minister, Balbir Singh Sidhu said that appropriate precautions are being taken against people returning from the UK.

It has been reported that 262 people that returned to Amritsar from the UK between 21-22 December had tested positive for Covid-19.

The three-tier policy that will trace the return passengers includes the following.

The health department is working on a plan to trace the people who returned to India from the UK between 21-22 December 2020.

Among these, there are people who returned to Punjab via the Amritsar Airport and via road, after landing in Delhi.

Both sets of people will be identified and traced. 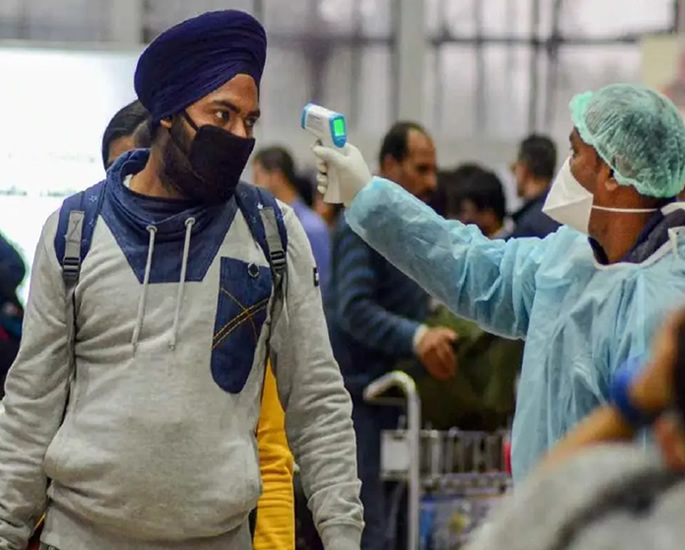 Punjab’s health department will inform civil surgeons regarding the 1822 people returning from the UK present in their respective areas.

The civil surgeons have also been asked to collect information on people who have returned to Punjab through Delhi or Chandigarh airport.

A team of civil surgeons will be formulated to test these people.

The ones who will test positive will be put under isolation.

After all the passengers returning from the UK have been identified, at least 15 people who came in contact with each of them will be traced as well.

All these people will be kept under close observation.

If there is a need to isolate them, arrangements will be made to put them in isolation.

So far, the health department has successfully tracked 12 people who have been in contact with Covid-19 positive UK returnees.

These people will be isolated in separate wards.

After the news of a new Covid-19 variant, the Indian government has been keeping a close watch on people travelling from the UK.

Despite the strict vigilance, 5 corona infected passengers went missing from the Delhi airport on December 22, 2020.

Three people out of the 5 were found in the same night and admitted to Loknayak hospital in Delhi.

But one of the absconding two, a 46-year old man is from Pandori village in Amritsar, managed to reach Ludhiana in Punjab.

He vanished from the Delhi airport after finding out he was infected. He later went and got himself checked in a private hospital in Ludhiana.

Sudeep Kumar, ADC Ludhiana, said that post his checkup, the patient was immediately sent to Delhi.

Similarly, efforts are being made to retrieve the person who went to Andhra Pradesh back to the capital.

The health department is closely watching the eight Covid-19 positive passengers that were on the Heathrow- Amritsar flight on December 22.

“On December 25, 2020, their samples were sent to the National Institute of Virology (NIV) Pune, for genome sequencing and research of the new virus variant.”

Till now, no traces of the new virus strain have been found in any Covid positive patient in India.

Reasons for the Indian Farmers Protest & Its Impact
£500,000 recovered from Fake Car Firm in Bradford