Siham Malik jailed for Online Blackmail while Posing as ‘Sienna’

Siham Malik pretended to be a young woman named ‘Sienna’ in order to blackmail a company boss into sending him thousands of pounds.

"That was easy. I think I will ask for more."

Siham Malik, aged 25, of Blackley, Greater Manchester was jailed for two years on Friday, September 7, 2018, at Manchester Crown Court for blackmailing a company boss into sending him thousands of pounds.

He admitted to one charge of blackmail.

The Court heard that Malik posed online as a young woman named ‘Sienna’ to carry out the crime in 2017.

It was heard that the victim went on the Seeking Arrangement website, known for connecting ‘sugar daddies’ to ‘sugar babies’, and found ‘Sienna’.

The profile implied that he was flirting with a white, 23-year-old woman.

The perpetrator sent a sexually explicit picture of ‘Sienna’ before the victim sent his own intimate image.

During the hearing, it was heard that the conversation dwindled and the man told ‘Sienna’ he was interested.

Prosecutor Maria Woodward explained to the court how the online chatter took a dark turn.

Malik sent the victim bank details while pretending to be ‘Sienna’ and told him:

“I think you should send me something for wasting my time.”

The victim apologised before the fraudster told him:

“Well, maybe I should show **** our arrangement”, naming the man’s girlfriend.

The Court heard that the victim later received pictures of his Facebook friends as well as a copy of his girlfriend’s social media page.

Malik asked the victim: “Is your relationship worth £500.”

It is said that Malik wrote: “That was easy. I think I will ask for more.”

His ordeal did not end. 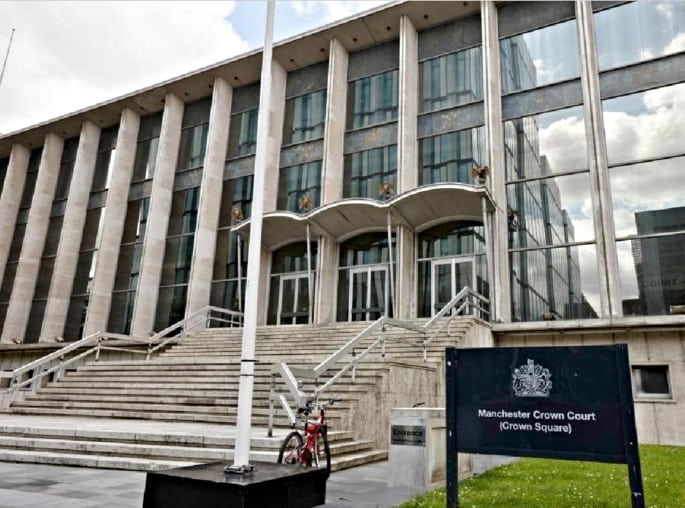 He suspected that his phone was hacked when the background picture changed and quickly set about changing his security settings.

Malik managed to find pictures of the man and his friends from WhatsApp. He posted them and demanded another £1,000.

The Court heard that the victim begged to be left alone and paid a total of £2,100 to Malik.

When the threats continued and could no longer afford further payments, the man called the police.

Malik denied committing any offences and claimed the money was from friends for the birth of his child.

During the hearing, Malik’s victim said: “It’s been very scary, a terrifying week.”

“I believed it would ruin both my relationship with my partner and both our lives.”

“The worst thing is how the defendant seemed to take pleasure in the fact he was ruining my life.”

Malik has had 13 previous convictions, mostly for theft, but has never been sent to prison.

Katie Jones, defending, told the court that Malik expressed remorse to the probation service, which officers believed was genuine.

Malik, a father of two, was said to have been a regular cannabis user over the past 10 years.

Miss Jones said: “He felt over the whole of the time his new responsibility as a father and started using cannabis even more heavily.”

“He acknowledges his cannabis use played a significant role in the crisis which led him to choose to behave this way.”

The judge, Recorder Ciaran Rankin, spoke of the ’tissue of lies’ Malik had told police.

“This was a pre-meditated offence.”

“It required some planning and effort on your part. You made background enquiries.”

After jailing Malik, the judge criticised the victim for betraying his girlfriend and going on a sugar daddy website in the first place.

Judge Rankin added: “Perhaps he needs to look in the mirror before he makes statements like that.”

Dhiren is a journalism graduate with a passion for gaming, watching films and sports. He also enjoys cooking from time to time. His motto is to “Live life one day at a time.”
Man jailed for Obsessive Stalking and Acid Attack Threats
Indian Father arrested for Raping his Three Daughters for Five Years