Two Indian women from Punjab have been arrested and charged for their role in a gang of five, who duped men and filmed them naked to blackmail them.

The women filmed him with them in an obscene way

Punjab police have arrested and charged two Indian women from Hoshiarpur for their roles to blackmail innocent men.

The two women, Renu and Manisha, were both part of a five-member gang who operated to blackmail men after hitching lifts from them.

Their latest victim, Mewa Singh, a man aged over 50, was duped by Renu, convincing him to give her a lift in his car as she did not feel well.

Agreeing to do so, on Banga Road, Mewa Singh took her to the address she gave him.

Upon arriving at the address, Renu told Mewa Singh she needed him to escort her inside the house.

After obliging, once he arrived at the door, Manisha was inside the house and both the women grabbed him and dragged him inside.

Waiting inside where three men, Lucky, Jagtar and Rohit, the other members of their gang. A father and a husband of one of the women. and brother of the other.

The men first beat Mewa Singh and then stripped him naked helped by the women.

The women filmed him with them in an obscene way to use the video to blackmail him.

After shooting the video, they said that they will accuse him of raping Renu, upload the video, and ruin his life.

They then demanded Rs 5 million ransom from him, threatening him to stop them calling the police, sharing the video online and with media, and releasing him.

Eventually, they agreed to Rs 30,000 when Mewa Singh pleaded that this is all he could pay them.

Mewa Singh requested a phone to make a call. He then made a call to a friend who then delivered the cash. After which, they released him. 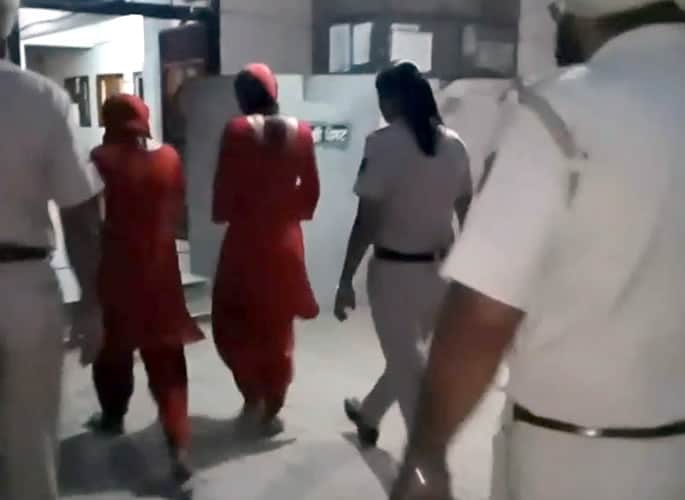 Bravely, he then immediately went to the Garhshankar police station and reported the whole incident.

He told police what took place with him regarding the video and blackmail.

He informed the police that the gang had been doing this with other men, led by the women who lured them to the house.

The police led by Rajesh Arora immediately took action and contacted the ASI unit and launched an investigation into the matter.

On June 24, 2019, police arrested Renu and Manisha on blackmail and other charges, and brought them into custody.

One of the women is from Banga Road, Garhshankar, and the other is from a village off Chandigarh Road.

The three male gang members, however, have still not been captured and are on the run.

Nazhat is an ambitious 'Desi' woman with interests in news and lifestyle. As a writer with a determined journalistic flair, she firmly believes in the motto "an investment in knowledge pays the best interest," by Benjamin Franklin.
US Indian Property owner Charged with Fraud & Conspiracy
Thug jailed for Filming & Beating Stranger in a House