Man charged with Murder after Naked Body left in Street

A man has been charged with murder after the victim’s naked body was found in the street. The body was discovered on July 1, 2019.

Detectives have charged a man with the murder of Mohammed Feazan Ayaz after his naked body was found in the street.

Mr Ayaz, who was described as a “father figure” by his family, was discovered in Saffron Drive, Allerton, West Yorkshire, at 4:25 am on July 1, 2019.

A 78-year-old woman had found the body and said it was completely naked. She phoned 999 and emergency services attended. However, Mr Ayaz was pronounced dead at the scene.

There were a number of injuries on his body, prompting the police to launch a murder inquiry.

Armed raids took place across Bradford on July 5 in relation to the murder. On July 8, West Yorkshire Police announced that three people were charged.

Suleman Khan, aged 20, of Sandford Road, Bradford, was charged with murder and was remanded in custody.

Shaoib Shafiq, aged 19, of Gladstone Road, Bradford, and a 16-year-old from Bradford, were both charged with assisting an offender and remained in custody.

All three appeared at Bradford and Keighley Magistrates Court on July 8.

The prosecutor Suzanne Paige asked the Chairman of the Bench, Mr Vigus, to remand Khan in custody to appear before Judge Jonathan Durham Hall QC at Bradford Crown Court. 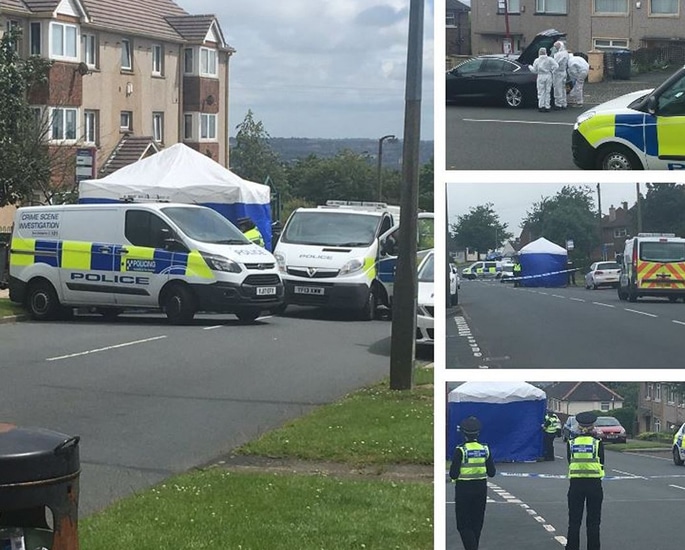 “This is a matter that cannot be dealt with in this court so it will now be sent to the crown court and you will appear there on Wednesday. In the meantime, you are remanded in custody.”

Two women, aged 21 and 28, are also in custody after they were arrested on suspicion of assisting an offender.

In the past, police have stated that they believe that several people were involved in Mr Ayaz’s death.

“The family would like justice for Feazan and ask anyone with information to come forward and speak to the police.”

“He was a father figure, a lovely son and brother.”

The Examiner reported that several police scenes remain in place across the district as enquiries continue into his death.

Anyone who can help with the investigation is advised to contact the Homicide and Major Enquiry Team on 101, quoting crime reference 13190331451.

They can also provide information online.

Information can also be reported anonymously to the independent charity Crimestoppers on 0800 555 111.

Dhiren is a journalism graduate with a passion for gaming, watching films and sports. He also enjoys cooking from time to time. His motto is to “Live life one day at a time.”
£23m Indian Wedding left 22 tonnes of Rubbish behind
Indian Woman who committed ‘Suicide’ found in Bengaluru