Amir Khan has revealed that he is in two minds when it comes to his career. The boxer is questioning whether to fight again or to call it quits.

"I’m debating with myself should I carry on or call it a day?"

Amir Khan has claimed that he may call time on his long and illustrious career.

The boxer has thought about his future at home with his family during the Coronavirus lockdown and admitted that he may not fight again.

Khan has made enough money to set himself and his family up for life. He has also cemented his legacy by winning an Olympic silver medal at 17 and becoming a unified light-welterweight world champion.

However, he admitted: “Am I going to fight again? I don’t know, I’m in two minds. Should I fight?

“Financially, I’ve done very well for myself. Do I need to do one more fight which could ruin my whole legacy?

“I don’t know the answer.

“I’m up against myself. I’m debating with myself should I carry on or call it a day?

“I’m just going to wait and see how I feel after a full training camp. Even if I feel I cannot do it anymore, I can walk away knowing I have done everything.

“My love for boxing is still there and I love boxing to bits. But until I see how I feel after a long, hard, gruelling camp, then I won’t know for sure.”

Khan went on to say that he has no interest in fighting small names when he has headlined in Las Vegas and Madison Square Garden in the past.

He told the Mirror: “Exactly.

“I want to be at the top level where I’ve always fought. That’s where I belong and that’s how I want people to remember me.

“Win or lose, I’ve always fought at that top level. I’m only interested in fighting at that level.”

“You can make mistakes when you try to carry on for too long and don’t call it a day. I’ll know myself when it’s time to stop.”

Despite the suggestions that Khan will walk away from boxing, he said that “retirement is not on my radar” and insisted that he still has “one or two more” fights left.

He told BBC Sport that he would like a world title fight but he would be willing to take a tune-up fight against someone in the top-10. 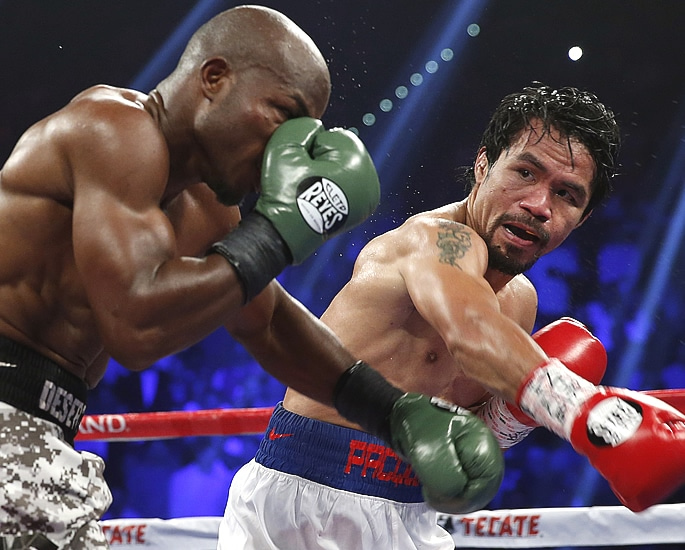 Khan said: “Because of the coronavirus lockdown, I wouldn’t mind a fight to get back into the groove of things, before a big fight against someone like Manny Pacquiao.”

Pacquiao is someone Khan has always wanted to fight.

“The Manny fight is something I’ve always wanted.

“If it happens, great, but if not we’ll look at other options.”

However, one bout that is unlikely to come to fruition is an all-British clash against his rival Kell Brook.

The demand is not as strong due to both boxers nearing the end of their careers. But Khan has admitted that there is genuine animosity between him and Brook.

Brook is reportedly next to face WBO welterweight champion Terrence Crawford and Khan gave his outcome.

Amir Khan is currently spending time with his family but is self-isolating from his baby son Muhammad in case he is incubating the Coronavirus.

Khan, who is also a father to Lamaisah and Alayna with his wife Faryal Makhdoom, said:

“It’s a worrying time. I feel me being close to him could be dangerous, that’s why I’m keeping my distance.

“I’m wary because I’m always out and about, meeting people, and I don’t want to bring it into our home.

“The virus incubates in people and so you could have it and pass it on without knowing. I don’t want that to be me.

“I’m trying not to sleep in the same room and I’m eating my meals in a different room.

“I’m trying not to pick the baby up, which is hard for me.”

Dhiren is a journalism graduate with a passion for gaming, watching films and sports. He also enjoys cooking from time to time. His motto is to “Live life one day at a time.”
Amir Khan to Donate Rs 40m to Pakistan’s COVID-19 Fund
Ziyad Rahim: The COVID-19 World of Z Adventures