Boxer Amir Khan has questioned the conspiracy theory of the Coronavirus outbreak being linked to the rollout of 5G technology networks.

"It might be because they want to control the population"

With the spread of Coronavirus increasing globally, boxer Amir Khan posted videos on his Instagram questioning the conspiracy theory that the virus could be linked to the roll-out of 5G networks.

In a series of Instagram posts, the boxer claims the COVID-19 pandemic could be ‘man-made’ and is connected with 5G technology and the towers which are being erected.

While the theory has been completely debunked by scientists, fullfact.org and UK’s Cabinet Secretary, Michael Gove saying ‘That’s just nonsense, dangerous nonsense as well,’ celebrities such as Amanda Holden, Keri Hilson, Lee Ryan, Woody Harrelson, Jason Gardiner and Calum Best have all shared their thoughts on the 5G connection on social media.

Khan made his comments after a number of 5G masts have been attacked and one was set alight in Hall Green in Birmingham.

Khan says in one of his videos that people might think he’s ‘taken too many punches to the head’ as he conveys his thoughts about 5G towers being put up during the night and people being told not to go out.

The 33-year-old boxer admits that he has watched a number of videos about how this new technology could impact humans.

“All this coronavirus stuff going around is it to do with the 5G?

“Now there are towers that are being put up and they say the radiation it gives off is very bad and obviously poisons the cells in the body and obviously it’s going to make things bad.”

He asks his social media followers their opinion on the 5G conspiracy theory.

In his claims, he feels there is a pattern that happens whenever new technology is being introduced and says:

“See every time when 3G happened, when 4G happened and 5G there’s always a pattern, there’s something happens”

He continues on his speculation as to where the disease has come from saying:

“People are saying that they were eating bats and snakes and the poison mixed caused that. What b*****t is that? Do you really believe that? I don’t.

“I think its a man-made thing. It’s been put there for a reason to keep everyone in while they test 5G.”

“It might be because they want to control the population – get rid of a lot of us, especially when they say that it harms old people.”

“Who is behind all of this let me know your thoughts.”

Therefore, still questioning the connection of 5G to the virus outbreak.

However, such claims by celebrities have been slammed by scientists and experts.

“Conspiracy theorists are a public health danger who once read a Facebook page.

“Here, we also see similar groups of people keen to show their ignorance on a topic where they have no helpful expertise, nor any inclination to post useful public health messages.

“The celebrities fanning the flames of these conspiracy theorists should be ashamed.”

“I’m absolutely outraged, absolutely disgusted, that people would be taking action against the very infrastructure that we need to respond to this health emergency.

“It is absolute and utter rubbish.”

Recently Amir Khan apologised for hosting a birthday party at his home for a close friend and defying the government’s COVID-19 social isolation rules.

Despite the boxer’s personal beliefs or theories, to show his support, Khan has offered his four-story wedding venue to the NHS to help treat COVID-19 patients. 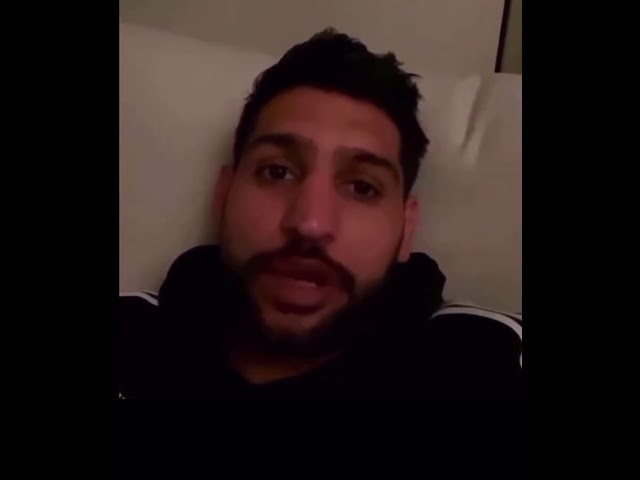 Nazhat is an ambitious 'Desi' woman with interests in news and lifestyle. As a writer with a determined journalistic flair, she firmly believes in the motto "an investment in knowledge pays the best interest," by Benjamin Franklin.
Indian Wedding takes Place without Pundit amid Curfew
Pakistani Child Bride accused of ‘Murdering Husband’ Sues