Boxer Amir Khan hosted a birthday party at his home for five of his friends defying the UK government COVID-19 rules of social isolation.

Boxer Amir Khan posted a video on Instagram which was subsequently deleted of him hosting a birthday party for five of his friends at his home in Bolton.

Evidently defying social isolation rules during the COVID-19 Lockdown, he had invited his friends to come and tuck into some food in his home as part of a 40th birthday celebration he hosted for his friend Toheed Tazmin, known to him as Dr Tee.

The video which the 33-year-old Amir posted shows him happily introducing everyone who attended the gathering for the meal at his home.

All of them enjoy the spread of curries, kebabs, chicken and naans he had laid on for the birthday celebration.

Fans spotted what he had done on Instagram and Amir then reacted quickly and deleted the video of the birthday party at his home, realising that he had gone against government Coronavirus guidelines to keep social distancing.

This was after earlier he had posted a video on the same platform telling people to follow the government’s COVID-19 advice and to stay at home. 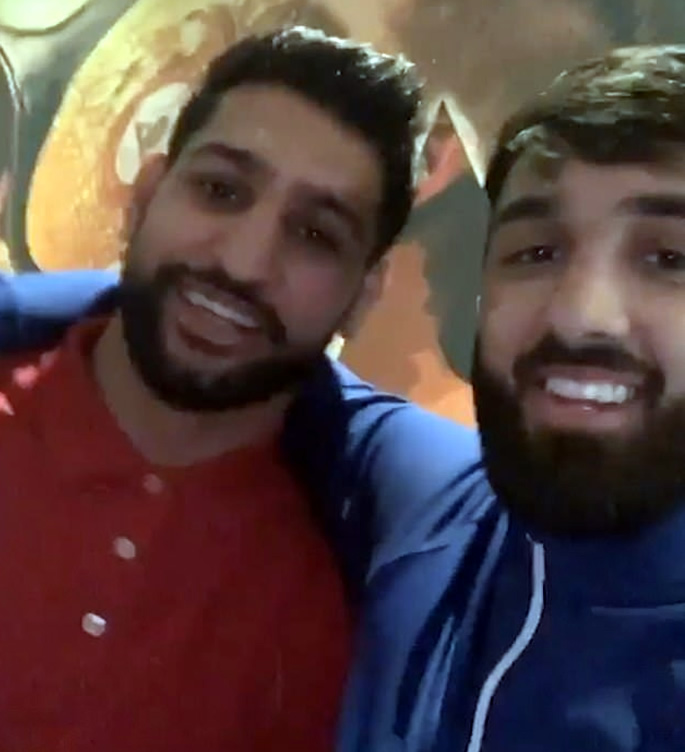 Two of his boxing friends who attended that bash, Ismail Khan and Zabar Khan, also posted videos of the party on their Instagram accounts, which seem to have been deleted as well.

When Amir was quizzed over the household gathering of people outside of his home, he quickly made an apology and told the MailOnline:

“I was wrong and I’m truly sorry to the British public. I should not have had this party for my friends and as soon as I posted the video, I realised that it was sending out the wrong message.

“It was really silly of me and a very stupid thing to do. I put myself in danger and also my friends. I wish I’d listened to my own advice.

“I can understand why some people are calling me a hypocrite, but I want to promise them, I will not do something like this again.” 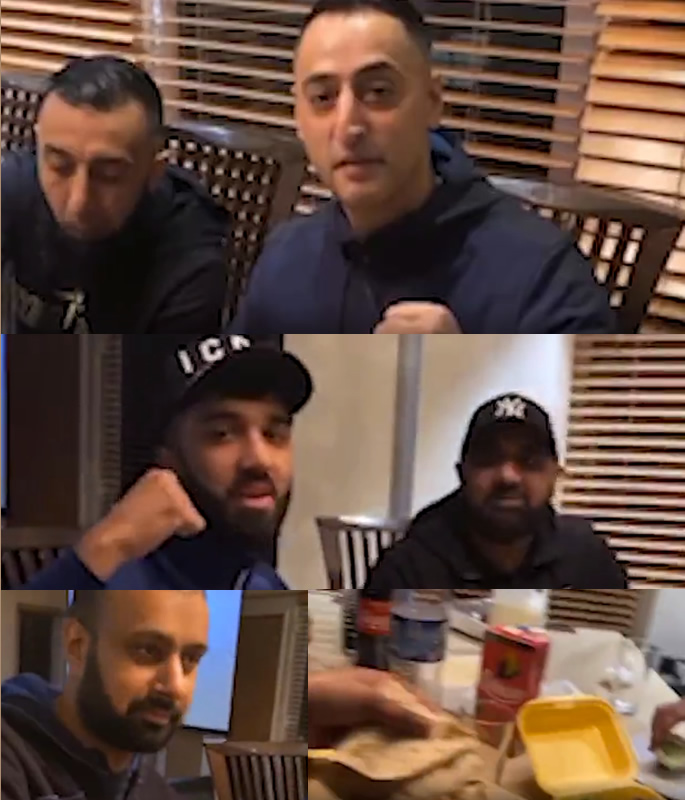 He explained that the party took place in a separate house known as his ‘man cave’ and stressed that no one from his family, his wife or children came into contact with the friends who attended the party.

“I know I stupidly put them at risk even though they didn’t even see my friends and remained in the main home. But that doesn’t make what I did right.

“I should have been more careful about looking after my family and also considerate about public feeling at this time.”

“I don’t want to rub the British public’s nose in it by having a nice time in my man cave at a time like this.

“I should have been more understanding of this and that’s why I removed the video. People don’t want to see somebody like me living it up while they’re suffering and don’t have any money or jobs.’

Explaining his reasoning behind the party, he said:

“The party was arranged six months ago for my good friend Dr Tee. I couldn’t cancel and disappoint my friends because I’m not that sort of person. I don’t like letting people down.

“I could have left them sitting in the car outside my house, but I didn’t want to do that.

“But the bottom line is that they are not part of my household and I should not have been socialising with them at home or anywhere else, for that matter.”

Despite Amir claiming they wore masks and kept their two-metre distance, the videos tell a different story.

Videos show them all laughing, joking and enjoying the birthday celebration.

“I understand how serious this coronavirus situation is and that we’ve all got to take precautions, and this is what I’ve been saying to all my fans.

“Getting together with your pals to celebrate a birthday is clearly not the right thing to do. I’m sorry.”

As the pandemic spreads, Coronavirus has taken over 3,600 lives in the UK and over 38,100 cases have been confirmed.

With the UK government continuously emphasising the importance of staying at home and social isolation, social gatherings like this one by Amir Khan are certainly not setting the example for others to follow.