British Asian boxer Amir Khan spared no expense when it came to his daughter’s birthday celebration, splashing £100,000 on a spectacular party.

On May 27, 2016, British Asian boxer Amir Khan made sure to give his daughter a birthday celebration which she will never forget.

The celebration for 250 guests, which took her mother Faryal Makhdoom three months to plan, featured Disney princesses, Peppa Pig, a real life ballerina and a carousel.

The party was held at Amir’s hometown at Bolton Wanderers Football Stadium, and was attended by close family and friends.

On this joyous occasion, the world-famed boxer only had eyes for his young daughter and adorably shared his first dance with Lamaisah and Faryal, who sparkled in a pastel blue sari designed by Mira Hasan. 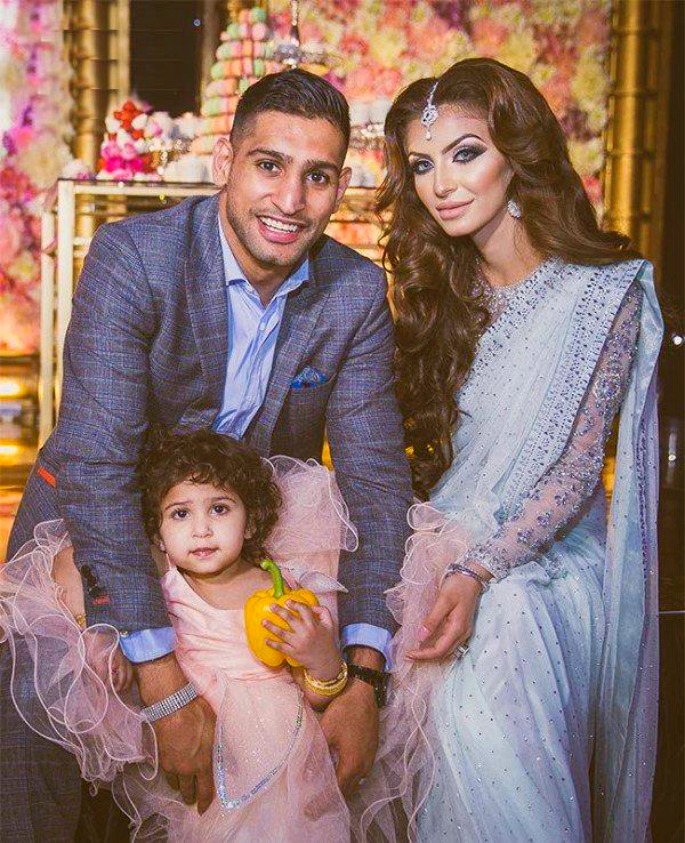 In an interview with Hello magazine, Amir stated his daughter is at the heart of everything he does: “Every penny I spent is worth it, though. After all, all this hard work I do is for her, my kid.”

“When I walked in, the first thing I said was ‘Wow!’ My wife did an amazing job. I was busy training when she planned all this, but every day I was getting crazy bills and thinking, ‘What’s this for?’”

Faryal, a YouTuber and beauty blogger, admitted that the party was extravagant, but would not be repeating such an event every year:

“I wanted it to be really grand. Now I’m not doing anything until she’s 16.”

Amir and Faryal tied the knot in 2013 in a £1 million lavish wedding in New York’s Waldorf Astoria Hotel, after the former world champion proposed with a £100,000 diamond engagement ring and threw an engagement party at Reebok Stadium.

The couple held a second celebration in the UK which was attended by 4,000 guests. It lasted for a whole week, complete with a 5-tier wedding cake.

Listed by the Sunday Times as one of the richest sportsmen aged 30 or under in the UK, Amir’s extravagant expenditure on important events comes as no surprise, but it was still nice to see him give Lamaisah the amount of love and attention that is more often given to boys. 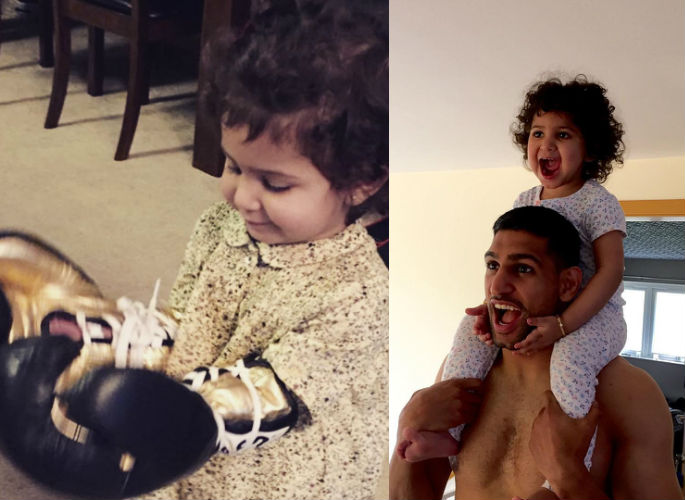 The British Asian boxer credits Lamaisah, born on May 23, 2014, for changing his perspective: “Being a father has changed me a lot. Everything I do in sport now is to give my family a comfortable life, my daughter Lamaisah.

“I want her to grow up and say my dad was a great champion. That’s the biggest motivation to have when your little girl goes to school and her friends say, ‘Your dad was a great fighter’.”

It is not hard to see how much he adores Lamaisah, with his Instagram feed filled with super cute father-daughter selfies. Take a look in our gallery below!