Two Asian men from Halifax have been convicted of money laundering on eBay. The judge sentenced the pair to eighteen years in total. DESIblitz reports.

The police found an "Aladdin's Cave" of counterfeit goods from the office.

Aamer Ali, aged 32 and Naveed Zaman, aged 30, both from Halifax, were sentenced to prison for money laundering of £1.25 million on the popular auction and selling site eBay.

The conspiracy involved the sale of at least £460,00 worth of stolen items. The money was laundered through PayPal accounts.

Ali, who orchestrated the plan was caught red-handed at his office West Riding House in Cheapside. He was unloading computer monitors from a lorry into his office.

The pair had also recruited other people to aid them in their money scandal. These people used their eBay, PayPal and bank accounts to trade items that were stolen from curtain side trucks, nationwide.

Following Ali’s arrest in February 2015, the police found an”Aladdin’s Cave” of counterfeit goods from the office. 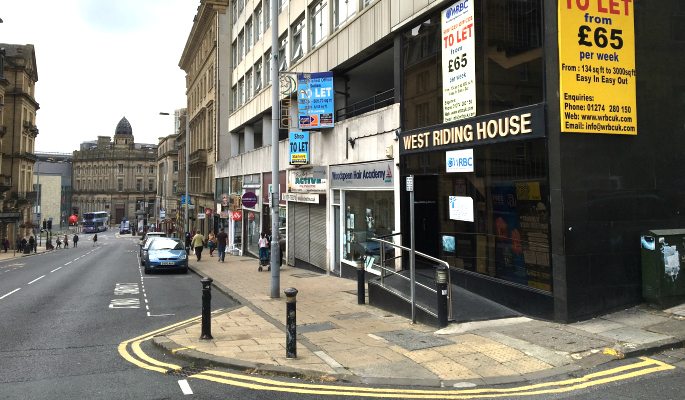 Detective Constable Tony Chapman and Detective Constable Ashley Nuttall of the Calderdale Police Proceeds of Crime Team conducted the lengthy four-year investigation. They found many stolen electronic items which were being sold on eBay, including  televisions and computer monitors.

After a five week trial at Bradford Crown Court, the defendants were both convicted for nine years each.

Ali pleaded guilty on one count of conspiracy to handle stolen goods, one count of entering or becoming concerned in a money laundering arrangement and two counts of unauthorised use of a trade mark.

Zaman was found guilty on one count of conspiracy to handle stolen goods, five counts of entering or becoming concerned in a money laundering arrangement and two counts of possessing criminal property.

The people that the pair had recruited, also pleaded guilty on similar counts.

Judge Roger Thomas QC made a five year Serious Crime Prevention Order against the pair to protect the public.

“This was professional crime, it was sophisticated crime: it was very well planned and executed. It happened over a long period of time and it was group activity,”

Judge Roger Thomas QC added, that despite the pair’s previous sentences, Ali was still masterminding a new conspiracy whilst serving his jail sentence.

“Zaman and Ali were the masterminds behind this professional and sophisticated scheme, recruiting others who could be truster in order to keep their own identity anonymous.

“This lengthy and complex investigation has attacked the criminality marshalled by Zaman and Ali and the respective sentences reflect the seriousness of their offending.”

West Yorkshire police was commended by Nintendo for its detailed investigation and subsequent prosecution of these criminals..