Guz Khan’s ‘Man Like Mobeen’ will arrive on BBC Three in September 2016! DESIblitz has more on the brand new comedy show filmed in Birmingham.

"It was filmed in Small Heath and Balsall Heath, areas that rarely get positive media portrayal."

Mobeen Deen is a 27-year-old British Muslim. He hopes to leave behind a life of crime in Birmingham after finding his faith.

But he couldn’t have anticipated the drastic change this would bring to his lifestyle.

Mobeen’s parents have disappeared, leaving the reluctant hero to solely provide financial and emotional support for his younger sisters.

He has also found himself a job as ‘the lead administer of bed bathing at Birmingham’s reputable care home for the elderly’.

He has gone from hanging with the bros, to earning money the ‘correct’ way. However, will Mobeen be able to keep his former life away and care for the 83-year-old Edna?

When speaking about filming Man Like Mobeen, Guz Khan says:

“For me, the beauty of telling a story is in its authenticity. There wasn’t any other option but to film ‘Man Like Mobeen’ in the areas that the character was born.

“It was filmed in Small Heath and Balsall Heath, areas that very rarely get positive media portrayal.

“It was amazing in terms of the interaction we were getting from local residents. I’m related to 62 per cent of the local residents but that’s not the point.” 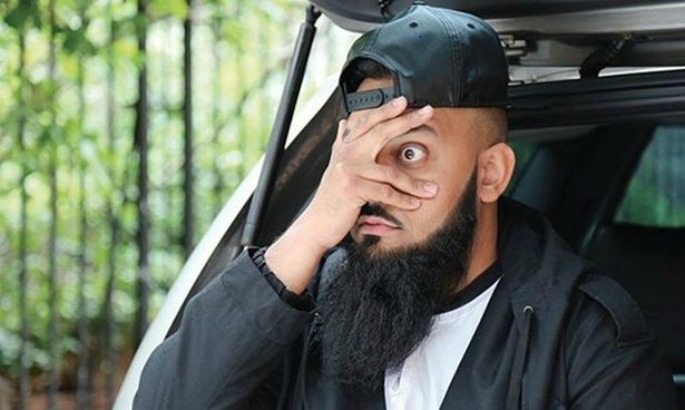 The 2015 blockbuster features the dialogue: “The Pachys are out of containment!”

The natural entertainer made fun of the dinosaur ‘Pakisauraus’ from Pakistan, consequently, resulting to over 800,000 views on YouTube.

In an exclusive interview with DESIblitz, the entertainer spoke about what inspired him to play the character Mobeen stating:

“It’s about keeping it real, and creating material that really is relevant to who you are as a person.”

The comedian has previously worked with BBC based on his character Mobeen. He filmed an iPlayer comedy series called Roadman Ramadan, attaining a loyal fan base.

Mobeen’s amiable and quirky character is highly relatable. The character has made Guz a truly commendable comedian as well as an inspiration to different ethnic groups.

Man Like Mobeen is written by Guz Khan and Andy Milligan (Undercover, Ant And Dec’s Saturday Night Takeaway). Cave Bear productions will produced the show, with Oliver Parsons as director.

The show is one of six that celebrates the best of British comedy talent. These include:

BBC Three’s Comedy Feeds will be available on BBC Three and BBC Three iPlayer from September 1, 2016.