Ashok Sridharan has been elected as the Mayor of Bonn, becoming the first Indian-German to take the top job in a major German city. DESIblitz reports.

“It's great that people in India are interested in who has been elected as Bonn's mayor.”

Ashok-Alexander Sridharan, a German of Indian origin, has become the mayor of Bonn after winning the majority vote in an election.

Sridharan secured his victory with an absolute majority, sweeping 50.06 per cent of the votes, contrary to political observers’ prediction.

His closest rival, Peter Ruhenstroth-Bauer of the Social Democratic Party (SPD), finished with 23.68 per cent of the votes.

Tom Schmidt of the Green Party received 22.14 per cent of the final votes and came third in the mayor run.

“Lots of thanks for all the good wishes! It’s absolutely amazing! Unfortunately it will take some time for me, to answer everything in person!” 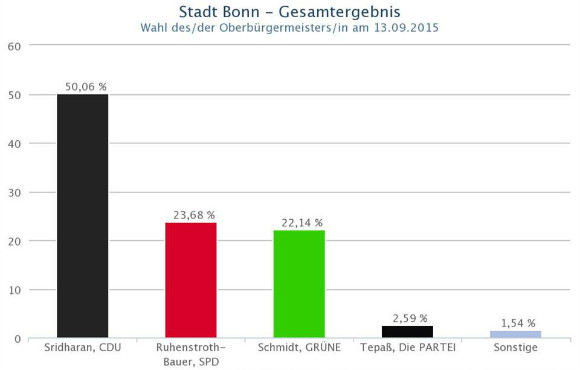 Deutsche Welle reports Sridharan is the first German of a migrant background to occupy the city’s mayor’s office.

As a candidate of the Christian Democratic Union (CDU) led by Chancellor Angela Merkel, his win also marks the end of the SDP’s 21-year-long rule of Bonn.

Sridharan will take over the reins of the city on October 21, 2015 from Juergen Nymptsch of the SDP.

He is the son of an Indian diplomat, wno moved to western Germany in the 1950s, and a German mother. His origin links him to the south Indian state of Kerala.

He spent his entire childhood and university life in Bonn, hence branding himself as a ‘Bonn lad’.

Before becoming his hometown’s mayor, the 50-year-old previously served as the treasurer and assistant mayor of neighboring town, Königswinter . 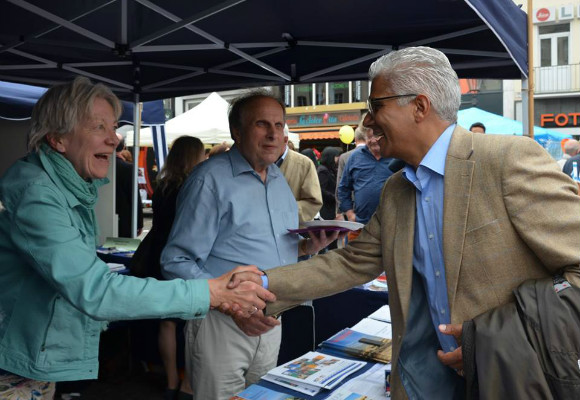 Though he claims his South Asian roots ‘played absolutely no part in the campaign’, the Catholic mayor appreciates the Indian media attention.

Sridharan says: “Of course I think it’s great that people in India are interested in who has been elected as Bonn’s mayor.

“I think that could even contribute efforts to make Bonn better-known internationally than it already is and that would do us good.

“We have many international companies and organisations here and I feel we have to strengthen that.”

A global network will indeed help realise his plan to rebrand the German city, as he emphasises:

“We need a stamp for Bonn and I’d like to develop it as ‘Beethoven City’ and make it known internationally.”

Another task at the top of his agenda is to restore Bonn’s financial stability.

As part of his election campaign, the ‘Indian boy of Bonn’ promised to give priority to reducing the city’s 1.7 billion euro in debts and achieving a balanced budget.

His electoral victory should send a strong signal to Germany’s sizeable migrant community (estimated at 10 million) that the CDU embraces diversity. 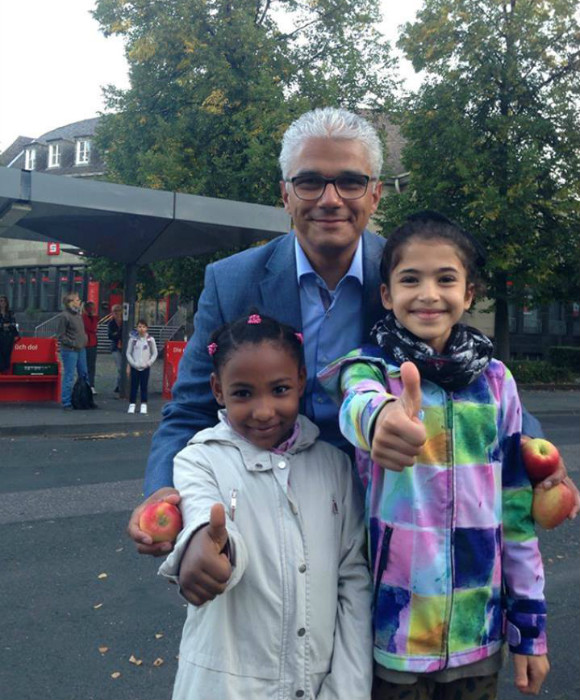 More importantly, it symbolises the growing prominence of Indians in different countries and cultures, taking top jobs at companies like Google and PepsiCo.

The most noteworthy success story in Germany before Sridharan is that of Anshu Jain, the CEO of Deutsche Bank, who stepped down on June 30, 2015.