Lord Patel of Bradford has become the first ever British Asian Director of the ECB. He hopes to engage and unite Desi communities through the game of cricket.

Patel first played cricket on the streets of Bradford.

Professor Lord Patel of Bradford became the first Asian Director of the ECB Management Board on 8th July 2015.

The England and Wales Cricket (ECB) board announced that Lord Kamlesh Patel will join the committee of fourteen people as an independent member.

Currently, Patel sits in the House of Lords as a Labour peer, and has worked for the ECB as a part-time coach for some time.

Born to Indian parents in Nairobi, Kenya, Patel moved to West Yorkshire when he was only one, and first played cricket on the streets of Bradford.

He is a former ambulance man, special constable, and social worker, and says he has a lifelong passion for cricket as well as being a leading voice on health and social issues. 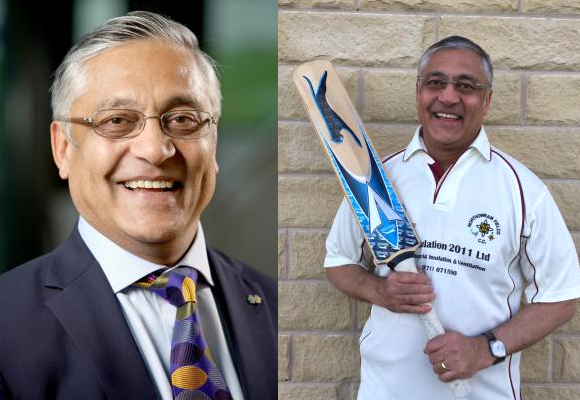 In 2014, Patel was on the judging panel for the first Asian Cricket Awards, which was an event supported by the ECB.

Patel will now be succeeding Lord Morris of Handsworth, who served as ECB Director for eleven years.

“Lord Patel’s instinctive grasp of the role cricket plays in uniting communities and crossing social barriers will be all important as we continue to change how we work as an organisation.

“He is a hugely respected figure and his sound judgment and expertise will be an enormous asset to the Board and the wider game.”

Lord Patel himself spoke of his enthusiasm about his appointment:

“Cricket has been a lifelong passion of mine and this is a great honour for me.

“I am also naturally very honoured and proud to be the first British Asian chosen to serve as an ECB Board Director and keen to explore ways in which cricket can better engage with Britain’s diverse communities, particularly the South Asian community, and take advantage of the many different ways in which we can widen the game’s appeal still further.”

Patel has already worked on a five-year action plan for race equality in UK healthcare, and this new appointment will see him take his work with the ethnic communities in Britain to a new level.

Images courtesy of The Telegraph & Argus