Key media from the UK embarked upon Lord’s as the English and Wales Cricket Board (ECB) announced their plans to engage further with South Asian cricket communities. Former English cricketers were also present to share their experiences and analyse the exciting summer ahead.

"I think barriers have gone. When I was growing up, it was all about what school you'd gone to.”

The English and Wales Cricket Board (ECB) is all set to give a huge boost across all South Asian cricket communities.

The new strategy announced at the Lord’s Cricket Ground on 21 May 2014 will provide support to grassroots level and up. The plan recognises the immense contribution that South Asians have made to cricket in England.

The home of cricket was awash with some of the UK’s key media, as the grand visions for the future of cricket were announced. Mike Gatting, Managing Director-Cricket Partnerships of the ECB welcomed everybody to the event. 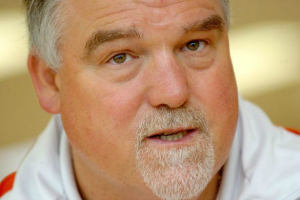 He was joined by former cricketers; Isa Guha, Wasim Khan MBE and Mark Ramprakash MBE. They all had a Question and Answer session with Sky Sports host Matt Floyd, followed by some interaction with the press.

One of the most gifted batsman of his time, Mark Ramprakash has long been promoting the involvement of Asians in cricket.

Born to an Indo-Guyanese father, Ramprakash believes tackling the drop of participation from the ages of 16-25 is extremely important in producing the next generation of superstars. He works closely with the ECB to achieve their goals.

Gatting has been a prominent figure in establishing this new initiative. The plan seeks to increase involvement in all areas of the game, from the players on the field to the volunteers and the crowd, looking to engage further with South Asian cricket communities.

When welcoming the media to Lord’s, Gatting said: “We want to provide increased opportunities for South Asian cricketers to play the game, create better facilities, and establish stronger links between schools and community clubs.” 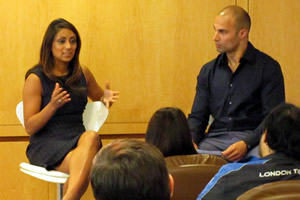 Last year was the first time cricket was introduced as part of the school curriculum. The aim of the ECB this year is to increase the number of participants to 75,000 children across 2,500 primary schools.

Gatting added that it is important to build ‘on the great work which is being done’ by two fantastic initiatives’:

“The Cricket Foundation: the Chance to Shine project which has introduced cricket to more than two million children in state schools and Street Chance; an initiative aimed at urban areas where grass pitches are at a premium and the game is less accessible.”

Chief Executive of the Chance to Shine project, Wasim Khan has been the driving force behind the Cricket Foundation.

Coming from a state school background, this is the sort of initiative England International Moeen Ali would have welcomed as a youngster.

Describing the changes he has witnessed as a professional cricketer, Ali said: “I think barriers have gone. When I was growing up, it was all about what school you’d gone to.”

Ali is also a big supporter of the work being done in the cities, recognising areas that need increased support. The ECB has targeted five cities with large ethnic minorities, including Birmingham and London. Stressing the importance of improving peoples ability to play in urbanised areas, Ali added:

“Guys in these areas need to be looked at a little bit more. We need to somehow keep pushing these boys and encouraging them.”

There are a number of ways in which the ECB plan to do this. The leading concept is a new format of the game called Last Man Standing, an eight a side match that can be played in just two hours.

The media event highlighted the continued progress of the ECB, especially when it came to fostering new talent. The governing body of cricket in England has recognised the abilities of many, especially of those who have a more unorthodox background.

As a successful initiative that has already produced results, the ECB has been working closely with The Lord’s Taverners’ Inner City Cup. Targeting young talented cricketers, this scheme has already helped three Asian players to secure a MCC Young Cricketers contract. 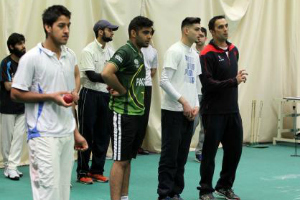 “Initiatives like this are essential if we are to attract more high quality players into our professional game. England teams have been enriched in recent years by the presence of players of Asian descent such as Nasser Hussain, Ravi Bopara, Monty Panesar and Isa Guha and we are eager to see many more follow in their footsteps.”

There has also been a £200,000 investment at the grassroots level for an inner city project in Birmingham to improve cricket facilities.

The results of the ECB’s National Cricket Playing Survey 2013 were also shared with the media. The findings confirmed the need for more targeted interventions with South Asian cricket communities nationwide.

The event at Lord’s also looked ahead to the summer of cricket, with Sri Lanka and India touring England. India will be playing a five test series in England after fifty-five years.

Theo is a History graduate with a passion for sport. He plays football, golf, tennis, is a keen cyclist and loves to write about his favourite sports. His motto: “Do it with passion or not at all.”
Kolkata Knight Riders win IPL Cricket 2014
Pakistan produces FIFA World Cup Brazuca ball