During an Ask Me Anything session on Instagram, Salman’s rumoured girlfriend, Iulia Vantur was asked to choose between Salman, Arbaaz and Sohail Khan.

“Choose one and diplomatic replies expected"

The actress and singer has been linked to the Bollywood superstar for quite some time.

Before the coronavirus lockdown, the duo was spotted out on several occasions.

In fact, Iulia Vantur has been quarantining with Salman at his Panvel Farmhouse along with actress Jacqueline Fernandez, Waluscha De Sousa and others.

Recently, Iulia hosted an Ask Me Anything session on Instagram.

While she was asked various questions, it appears a particular fan’s question has made headlines.

Iulia was asked to choose between her alleged boyfriend, Salman Khan and his brothers Arbaaz and Sohail. The question read:

“Choose one and diplomatic replies expected .. Salman, Arbaaz or Sohail?”

However, despite the fan’s attempt to put Iulia on the spot, she tactfully managed to evade answering the question by simply replying with “Khan.” 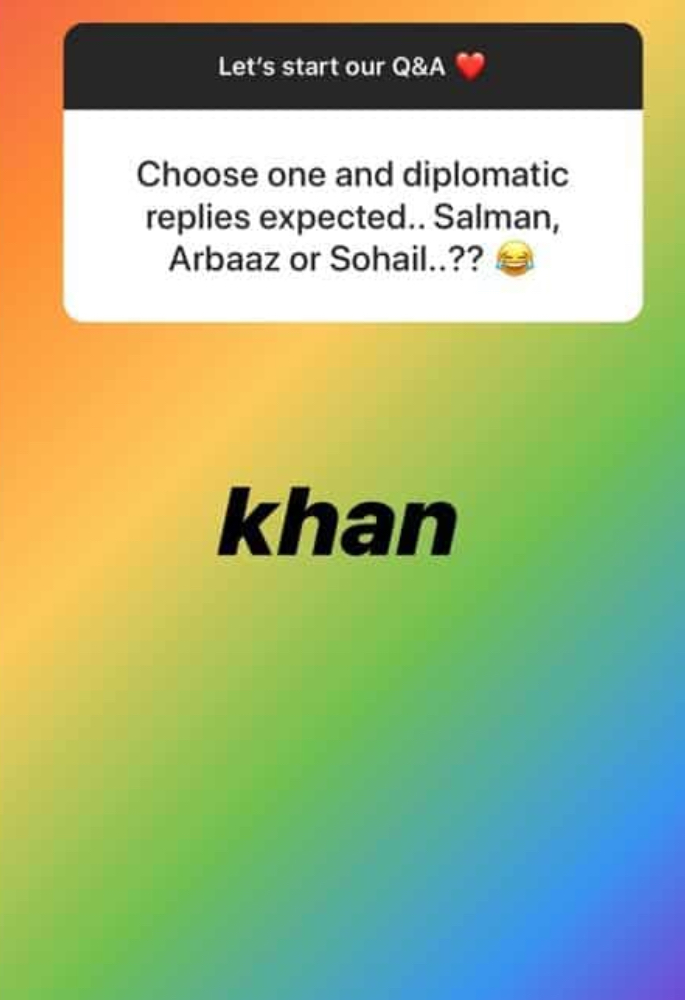 During the Ask Me Anything session on Instagram, another fan asked Iulia about actress Sonakshi Sinha. The fan asked:

“Hey can Sonakshi lift u?”

In response to the question, Iulia showered praise on actress Sonakshi Sinha. She said:

“Of course she can!!! She’s the strongest girl. She can lift everyone’s mood up too.”

Iulia also shared a picture of Sonakshi Sinha from Dabangg 3 in which she is seen lifting Salman Khan. 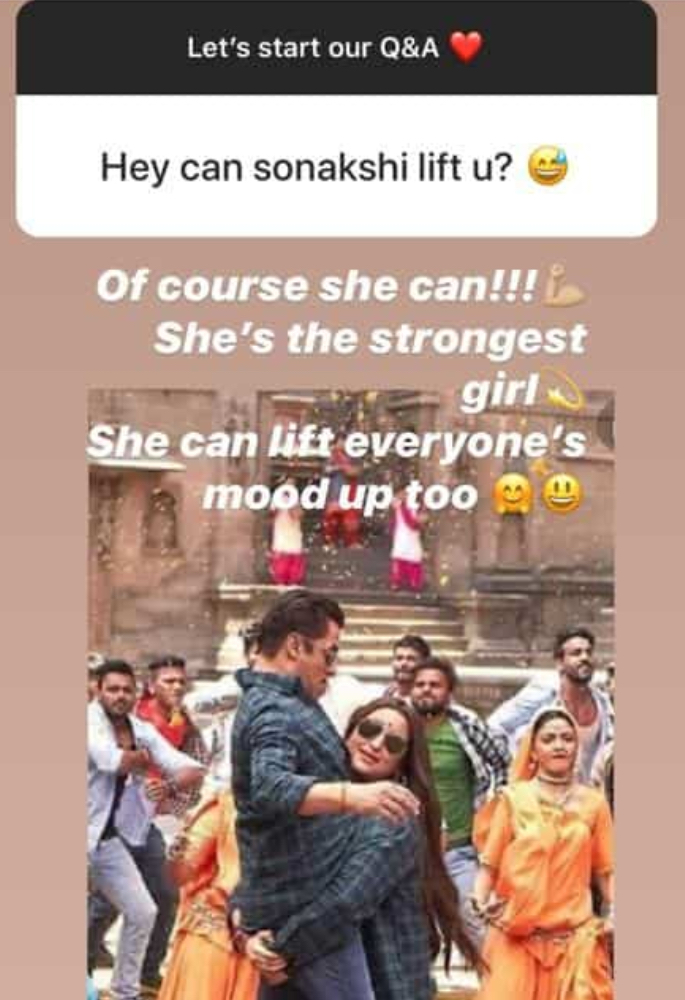 Salman Khan is known as one of Bollywood’s most eligible bachelors. In May 2020, Iulia was asked whether the rumoured couple will be tying the knot anytime soon. She said:

“Oh God! This question goes on and on and on. I think it is more about how people feel about each other.

“Spending time together is more important than any other stuff. At one point, I was asked the same question on and on and on.

Iulia continued to mention that her mother used to constantly ask her about marriage.

“Even my parents were asking me, ‘when are you going to get married?’”

However, she stopped once Iulia explained that happiness is more important than marriage. She said:

“I think it is more important to be happy with someone, spend quality time and have a connection.

“Spending your life with someone, more than papers and all those things.”

Previously, she has sung ‘Party Chale’ and ‘Selfish’ in the 2018 action-thriller Race 3 starring Salman Khan.

Ayesha is an English graduate with an aesthetic eye. Her fascination lies in sports, fashion and beauty. Also, she does not shy away from controversial subjects. Her motto is: “no two days are the same, that is what makes life worth living.”
Priyanka Chopra signs Multimillion Dollar Amazon TV Deal
Which shirtless actor did Deepika pick over Ranveer Singh?