"Didn't change from Neanderthal to man."

Bollywood star Esha Gupta has been blasted by fans online after she shared racist remarks on Instagram which were aimed at Arsenal player Alex Iwobi.

The actress and ‘die-hard’ Arsenal fan shared a screenshot of a Whatsapp conversation between herself and another person in which they described Iwobi as a ‘gorilla’.

The image was seen following the Gunners’ FA Cup defeat to Manchester United on Friday, January 25, 2019. Gupta shared the Instagram story to her 3.4 million followers.

However, after realising her mistake, she deleted the image but it had already been screenshotted by fans.

In the image, she received messages from Varun_Gupta17 which read:

“Solves our winger issues. I can’t see that gorilla faced Iwobi running down the flank again. He’s so bad ya.”

To which she responded with laughter text, saying:

“Hahahahahaha I honestly dunno why they don’t bench him more.”

Therefore, acknowledging the racism in the conversation and not even denouncing it.

Varun then went on to say: “It’s like evolution stopped for him. Didn’t change from Neanderthal to man.”

To which there was no comment from Esha according to the screen shot. 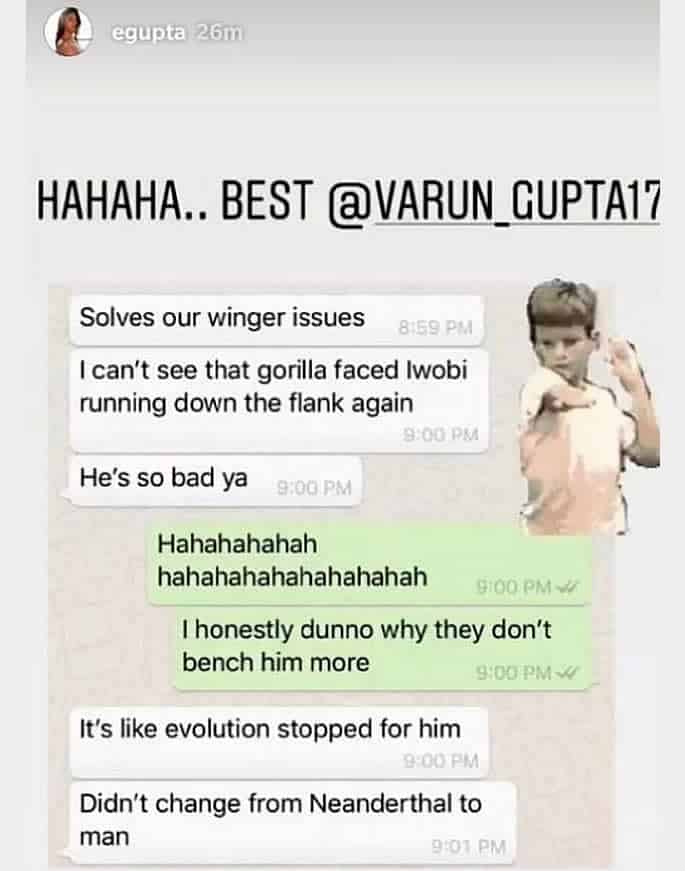 This led to furious Arsenal fans venting their anger at the actress for the racist comments.

One said: “This needs to be investigated further. A lot of us Nigerian Gooners aren’t taking it. Alex Iwobi is our boy. We will not stand and watch him be dehumanised and not act. Take note Arsenal.”

Another commented: “Oh so apparently Esha Gupta is a racist. Never liked her.”

After receiving backlash for the cruel comments towards the Arsenal winger, Esha issued an apology and insisted there was no racial intention behind it.

She wrote: “Guys I’m sorry you thought it was racist. Was bad on my part, being a sports lover. Wallah never meant it. Sorry guys forgive the stupidity.

“Well it was my fault. So gotta own up to my s***… sorry. It was us discussing our frustration during the game. Sorry as I didn’t realise it was directed towards racism.

“Laughed over spur of the moment, which was the games result guys. Been victim of racism myself before. But this is not something I’m proud of. It was a fault, sorry guys.” 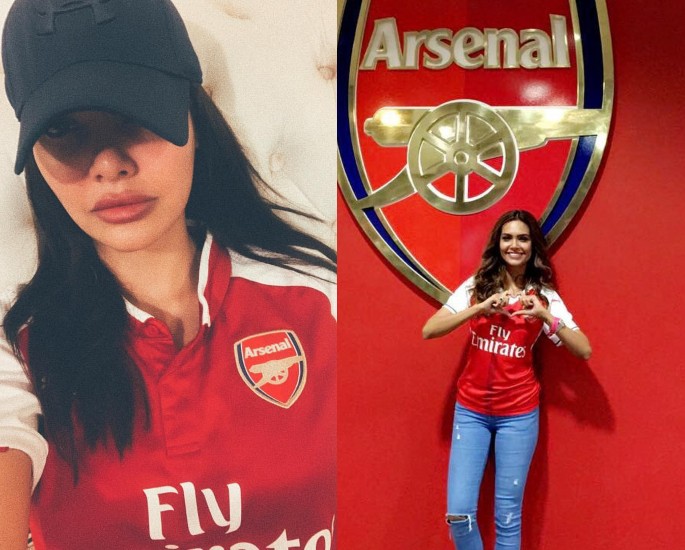 Her apology was met with backlash as fans called her out for not realising the racial slur.

One Twitter user wrote: “Your response is embarrassing! You state on one hand you’ve suffered racism yet on the other have no idea that you’ve made a racial slur!

“Your ignorance and arrogance of this whole situation is beyond words! Please remove gooner from your profile! Your not part of our club/family.”

The actress is an Arsenal ambassador and even helped launch their away kit in 2017. However, after the racist post, fans are demanding the club to sack her. 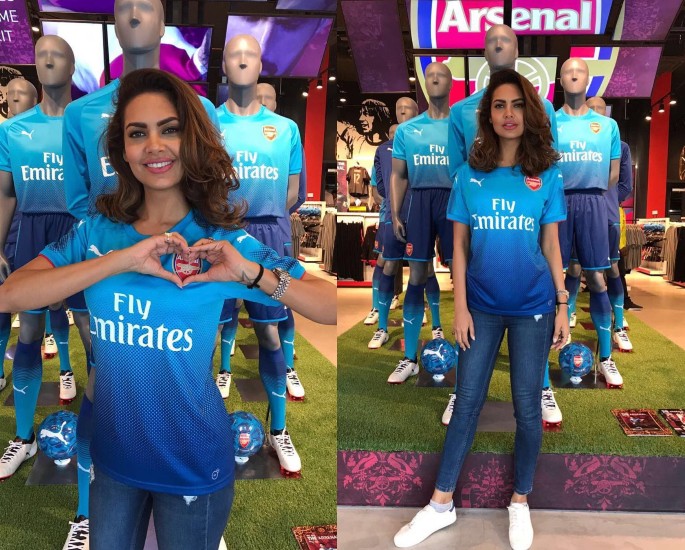 One user wrote: “Esha Gupta can block everyone calling her out on her racism. Arsenal time to drop this woman as ambassador.”

Esha has regularly been spotted at the Emirates Stadium during games and previously dated Arsenal defender Hector Bellerin in 2016. 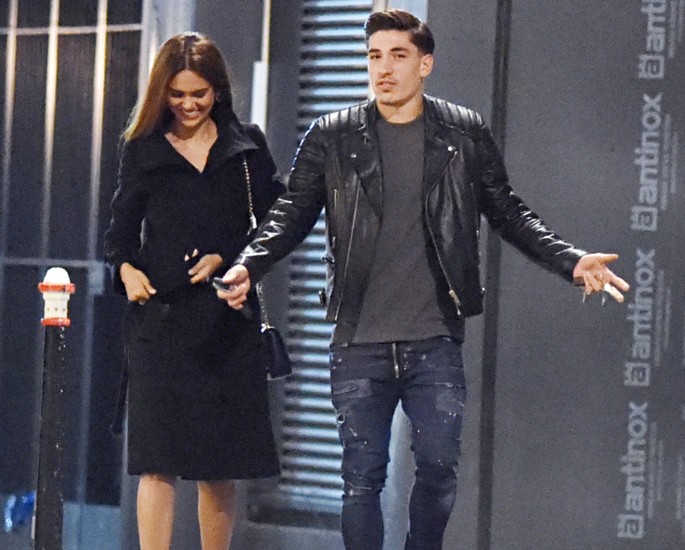 It is not clear who Esha was speaking to when the comments were made, but she has not issued an apology directly to Alex Iwobi nor has the club issued a statement about her position as an ambassador.

Dhiren is a journalism graduate with a passion for gaming, watching films and sports. He also enjoys cooking from time to time. His motto is to “Live life one day at a time.”
Mustafa Ali makes an Impressive ‘Royal Rumble’ Debut
Pakistan Super League Teams and Squads 2019