Esha Gupta is Lush and Sexy in Lingerie teaser

Actress Esha Gupta has sent pulses racing as she shares a new lingerie teaser on Instagram. Sexy and lush, the starlet sizzles in beautiful lingerie.

Showing off her flawless legs, the starlet also reveals a glimmer of her sexy tattoo.

She shared the teaser on the social media platform on 10th July 2017. Soon enough, she gathered over 27,000 likes for the stunning footage.

It begins with the line: “Esha Gupta is going to blow your mind away.” And she certainly has with this tantalising teaser!

In the video, she first sets pulses racing by posing in a two-piece, black lingerie set. Kneeling on a white bed, she shows off her sexy figure, keeping her luscious hair swept back to one side. The lingerie set itself shows off lacy, black patterns.

Next, Esha Gupta amazes fans with a one-piece, white lingerie outfit. Showing off her flawless legs, the starlet also reveals a glimmer of her sexy tattoo. Positioned on her side, it reveals a design of two angels wings with writing.

The ink reads: “Alis Volat Propriis”, meaning “she flies with her own wings”. A message that truly reflects the gorgeous star.

The teaser itself seems to suggest the starlet has collaborated with stylist Mohit Rai and fashion photographer Arjun Mark. As both have also shared the footage on Instagram, it seems fans of Esha Gupta are in for a real, sexy treat!

Perhaps we will witness another fantastic photoshoot of the gorgeous star. In the past, Esha has sizzled in various, magnificent images.

For example, in her FHM photo shoot, she oozed sex appeal as she posed seductively in a luxury car. From wearing leather to revealing sultry lingerie, she left fans speechless. 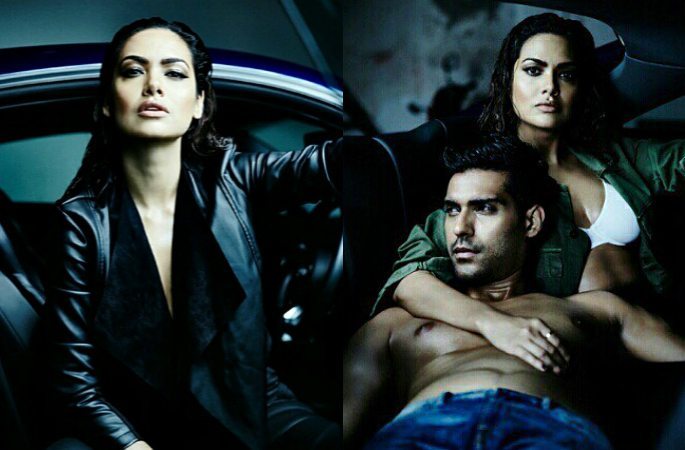 Meanwhile, the actress prepares the upcoming release of Baadshaho, where she will play the role of a “badass bombshell”. She will star alongside Ajay Devgn and Emraan Hashmi in the heist film, directed by Milan Lutharia.

And after the trailer receiving a positive reaction from fans, it will surely enjoy a successful release on 1st September 2017.

But when the beautiful actress isn’t busy working on film projects or wowing us with photo shoots, she pursues her big interest in football. She has made it no secret that she hails as a ‘Gooners fan’ as she supports none other than Arsenal!

Back in May 2017, she attended the FA Cup final where the team played against Chelsea. She’s also been linked to Arsenal player Hector Bellerin as they enjoyed a string of dinner dates. 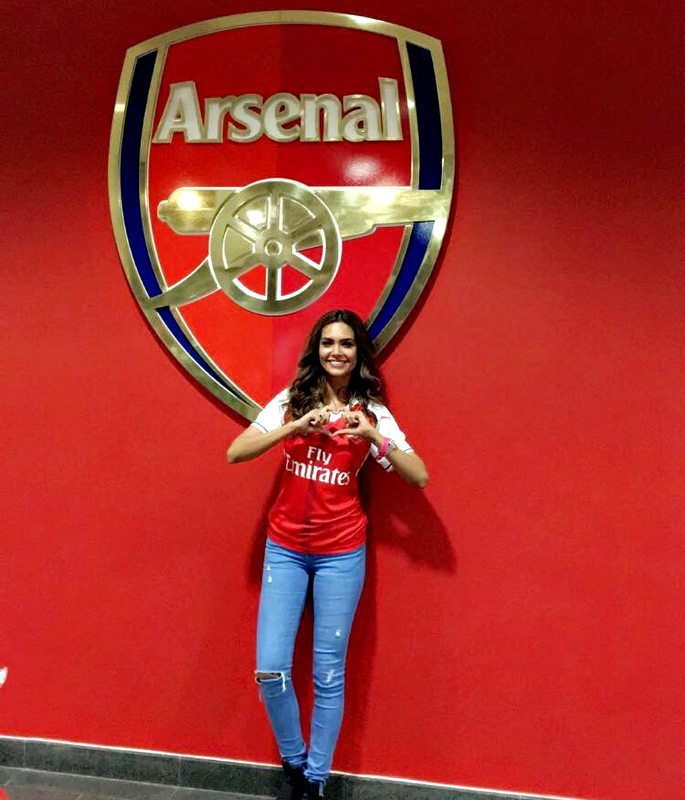 Whether it will turn into a photoshoot or something more, they can be rest assured that the star will continue to sizzle in more stunning lingerie pieces.

Keep a close eye on Esha Gupta’s Instagram to get future updates!