Aditi Rao Hydari wore a white Sabyasachi saree at the Cannes Film Festival 2022. This marks her first appearance at the film festival.

"A little piece of my heart from Cannes."

Aditi Rao Hydari opted for a Sabyasachi saree as she made her debut at the Cannes Film Festival 2022.

The actress, who has been a part of the Hindi, Telugu, Tamil, and Malayalam film industry in India, joined the 75th annual Cannes Film Festival on May 20, 2022.

She wrote alongside pictures of her posing on a staircase: “My ammaamma would be proud (heart emoji) Simplicity and tradition in my favourite @sabyasachiofficial.”

The pictures showed her wearing a hand-dyed and embroidered ivory organza sari, which she paired with an emerald and diamond choker from Sabyasachi Jewellery’s Bengal Royale Collection.

This marks the second time a Sabyasachi outfit has been spotted at the 2022 festival.

Deepika Padukone wore a retro saree by the designer on the opening day of the festival.

Aditi Rao Hydari shared more pictures in the outfit on her Instagram account, along with a reel that showed her in different locations in Cannes.

She set the reel to her rendition of ‘Snehidane x Chupke Se’ and asked others to try singing the track as well.

She captioned it: “A little piece of my heart from Cannes. Make your own version of this audio and tag me.” 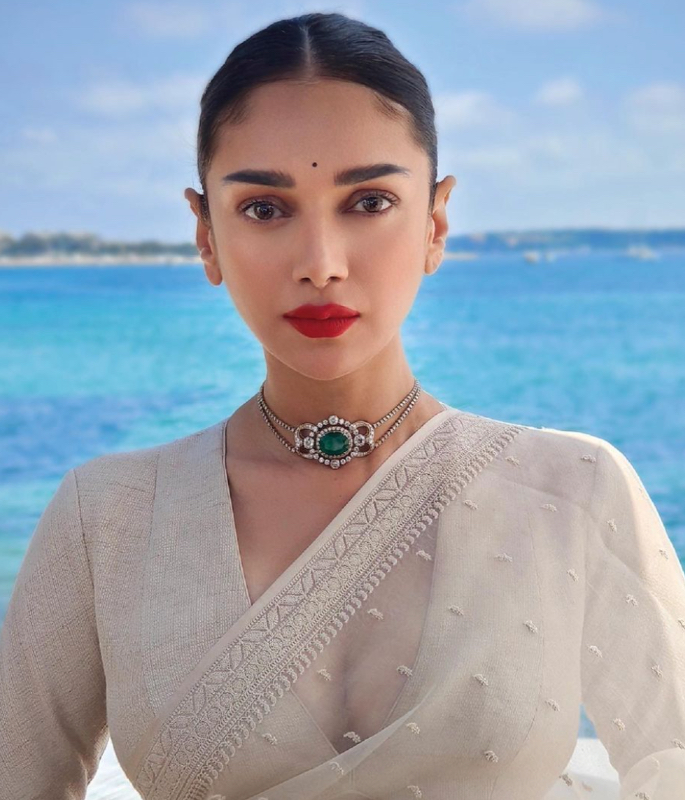 Aditi’s fans and her friends from the entertainment industry showered love on her look and her voice. 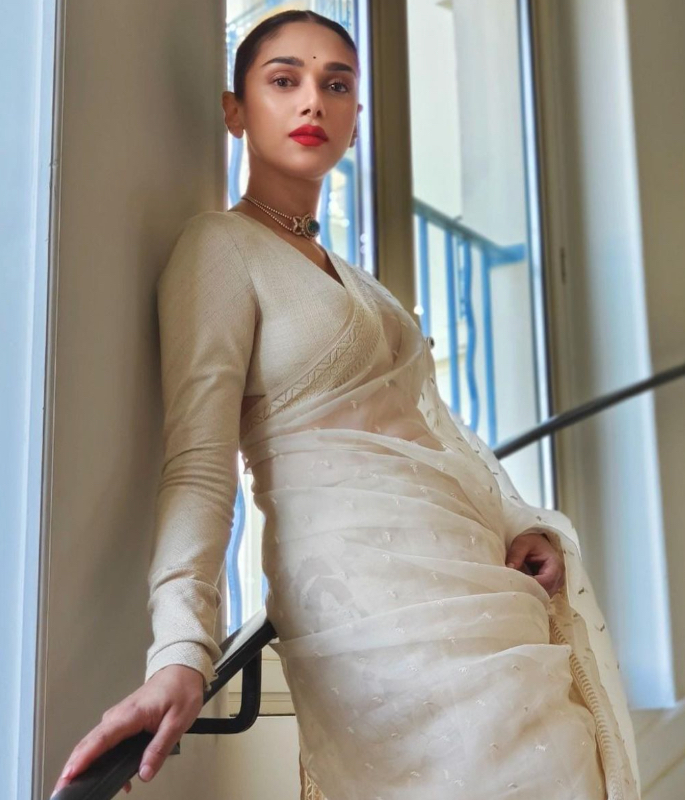 Aditi Rao Hydari revealed to Hindustan Times that she was supposed to make her Cannes debut earlier than this, but it got postponed because of the Covid-19 lockdown.

She said: “I am now going this year, I have a packed schedule because I am doing various things.

“I am looking forward to it. I am constantly telling myself ‘remember growing up you saw a dream of being at Cannes, being in films, of experiencing this magical thing’.

“I am just telling myself to go there and feel that.”

“I really just want to be in the moment, take in every bit of the magic that I am surrounded by.”

She will be next seen in Gandhi Talks and Jubilee.

Ravinder is a Journalism BA graduate. She has a strong passion for all things fashion, beauty, and lifestyle. She also likes to watch films, read books and travel.
Deepika Padukone stuns in custom red Louis Vuitton gown
Neha Taseer stuns in Maternity photoshoot