YouTube has launched ‘Shorts’, the new video-sharing feature that will rival TikTok. The service will first come out in India.

YouTube has announced the launch of a feature to rival TikTok called Shorts.

The service means that multiple clips can be stringed together, and YouTube is leveraging its vast library of licensed music to allow you to film with some background tunes.

Users will see a timer and countdown when they begin filming, and they can control recording speed to add a few creative options.

To access Shorts, YouTube will have a button to upload new videos at the bottom of the app’s navigation bar.

The features are well-known in TikTok, which has over 800 million active users worldwide.

However, the new service will launch as a beta available only in India.

This comes after TikTok was banned in the country amid ongoing tensions.

Although India will be the first to access it, Shorts will be released in other countries in the next few months.

YouTube said in an announcement: “We also recently rolled-out a prominent new spot for the create icon on Android, starting in India.

“We’ll continue to expand to iOS devices and in more countries soon. You can also expect more creation features in the coming months.’

“There’s much more to come, and over the next few weeks and months, we’ll continue to roll out more creation tools and easier ways to watch short videos on YouTube as we listen to your feedback.” 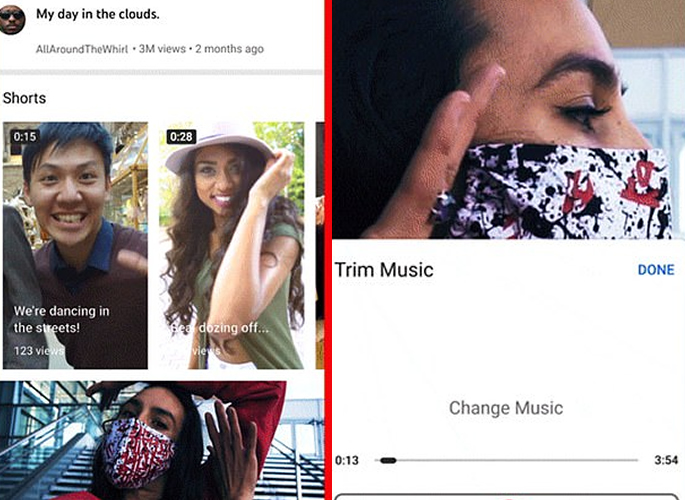 Users can create 15-second clips with captions and music.

Instagram is using its Explore page as a landing spot for Reels, with the new feature appearing at the top of the screen and allowing users to vertically scroll through content.

This is very similar to the ‘For You’ page on TikTok.

This led to TikTok Chief Executive to call Reels a “copycat product” that could coast on Instagram’s enormous user base.

He said that “inspiration for products comes from everywhere”.

“I think the consumer product ecosystem is one that’s constantly being inspired by the things that people are doing around then, whether that’s internally in your own organisation or more broadly.

“I think the fact that people have a choice and that they can pick from a different set of apps to use and find the one that works for them, I think, is great.

“I also think that not any one company can invent everything – we take for granted now that it’s very common for mobile products to have a feed, that was new when Facebook brought it to scale.”

Dhiren is a journalism graduate with a passion for gaming, watching films and sports. He also enjoys cooking from time to time. His motto is to “Live life one day at a time.”
Amitabh Bachchan to be Voice of Amazon Alexa in India
FIFA 21: What to Expect from the New Game