FIFA 21: What to Expect from the New Game

There is not long to go before FIFA 21 comes out. With new features being announced, we look at what the new release offers to gamers.

EA has called it “the most intelligent FIFA gameplay to date”.

The FIFA franchise is one of the most popular video game series out there and the new release, FIFA 21, is just around the corner.

The new game has a slightly later release date of October 9, 2020, due to the Coronavirus pandemic.

It will be on Microsoft Windows, PlayStation 4, Xbox One, and Nintendo Switch. It will also make its way onto the new generation consoles, the PlayStation 5 and Xbox Series X, when they come out.

EA Sports have already released a gameplay trailer which provides gamers with an insight of the new game modes and features but there is much more that they have not yet announced.

From new Icons to new game modes, EA has been working to make the new game as enjoyable as possible.

There have also been gameplay additions to Ultimate Team, the game’s most popular mode to play.

When it comes to the top football simulation games, FIFA is always in the conversation.

With a variety of information already been talked about, we look at what to expect when FIFA 21 comes out.

In FIFA Ultimate Team, Icons have always been an exciting element as they let gamers use former players in their customised teams.

They are seen as some of the rarest players to obtain and they will certainly cost a lot of your hard-earned in-game coins but even just one Icon will significantly improve your team.

Icons have incredibly high stats which will give you an advantage over opponents and each year, new ones are added to the game.

In FIFA 20, gamers got the chance to play with Zinedine Zidane as well as retired former Chelsea player Didier Drogba.

The new batch of Icons resulted in a milestone as there are now 100 different Icons to play with in Ultimate Team.

When the new game comes out, players will have the chance to play with ex-Bayern Munich legends Philipp Lahm and Bastian Schweinsteiger, former Barcelona striker Samuel Eto’o and Spain’s Fernando Torres.

Gamers will also be excited at the prospect of playing with iconic Manchester United striker Eric Cantona.

While the new Icons have been announced, it is not known what their ratings are. The exciting reveal is expected closer to the release date. 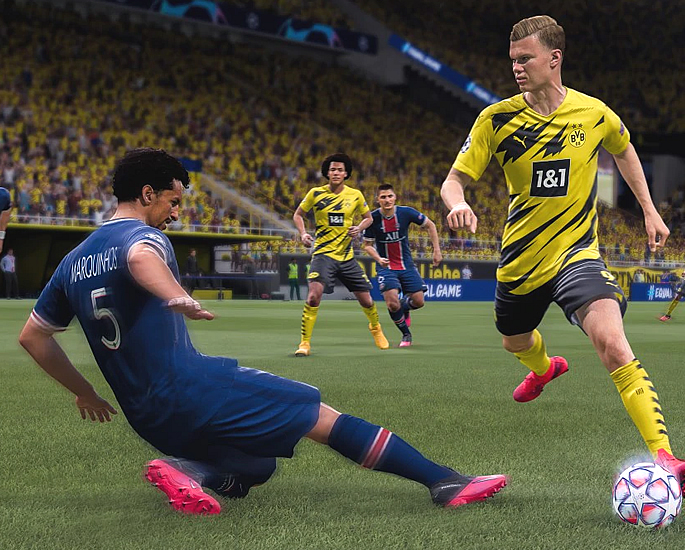 EA has called it “the most intelligent FIFA gameplay to date”. The focus is on enabling players to have more creativity and control.

This will make for a more immersive and realistic gaming experience.

It offers a new way to keep close control of the ball with some fast footwork. This will be useful when in a 1 on 1 situation with a persistent defender.

This makes for a more intelligent striker. Depending on their awareness rating, they attempt to stay in line with the last defender, only going towards the ball as it is released behind the defence or crossed into the box.

This feature promises a “deeper AI player personality in positioning” for offence and defence.

This basically means that you can have your players where you want and need them to be as you move up and down the pitch.

Players will have more control over their AI attackers with directed runs and directed pass and go.

This will determine where your players move with the ball and as they come off it.

Player lock will allow gamers to lock on their current player while attacking.

The collision system has been re-imagined for FIFA 21, with the aim of creating “smoother player interactions all over the pitch”.

This means that things like goalmouth scrambles should appear more natural for gamers and result in fewer chaotic collisions.

This is the most important aspect and there have been some updates so that the basics like passing and blocking have been improved.

Players are more responsive and the option to perform manual headers should improve the likelihood of scoring a header, something which was a big problem in FIFA 20. 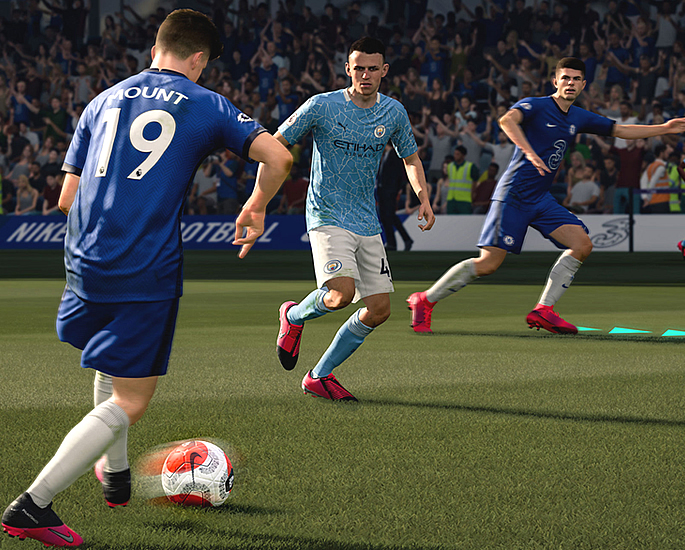 One massive change that seems to have excited gamers is that EA looks to make Ultimate Team a more social experience.

Ultimate Team is by far the most popular game mode, however, it has been criticised by casual gamers as being too competitive and not fun.

In FIFA 21, that looks to have changed with the inclusion of FUT Co-Op. Gamers will be able to play online with a friend in Squad Battles, Division Rivals and FUT Friendlies.

This allows players to work together to earn weekly progress and expand their club.

New co-op objectives will have their own set of rewards.

There will also be FUT Events where players can compete as a community to unlock rewards by completing in-game objectives.

In Community Events, players who complete objectives in specific groups will contribute to a global XP pool in order to earn rewards.

On the other hand, Team Events will divide the community into teams of their choosing and compete for rewards as a part of this team.

Division Rivals will also change as gamers will now play a maximum of 40 games that will go towards their rank. This means that there is no need to play a ridiculous number of games.

The FUT Stadium is a new addition to FIFA 21 which enables gamers to truly make their club their own.

The FUT Stadium will grow alongside players’ clubs, allowing for customisation in order to make it a place that represents their club.

There will be 34 total customisable spaces across the Stadium and the Club. This includes goal net colours, banners and other decorations.

In order to streamline FIFA 21, EA said that they would be removing Fitness and Training items from FUT packs.

While stamina and fitness will remain a factor in games, they no longer need to be managed in the menus, meaning that all players will start with full fitness at the start of each match.

With the PS5 and Xbox Series X coming out at the end of 2020, gamers will be able to transfer their FUT Club over to the new console free of charge thanks to Dual Entitlement. 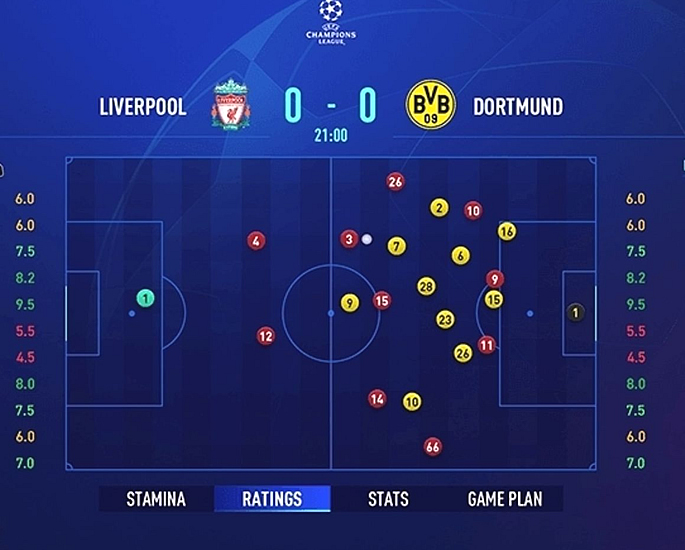 Career Mode has typically been one aspect that has not received much attention but in FIFA 21, that has changed.

One of the biggest additions is an Interactive Match Sim. It focuses on the management side, allowing players to look at the match data to make tactical decisions.

There is also the option to jump into simmed games and play key moments at any point.

An improved growth system lets gamers be in more control of their player’s development, making it possible to start off in one position but end up in another if their traits are better suited to that role.

Match Sharpness provides an insight into how likely players are likely to perform well in a match.

The new Active Training System ties into this, allowing players to improve their match sharpness.

A new Activity Management system that allows players to have more tactical control, choosing when players train and when they rest in order to juggle and balance their morale, sharpness and fitness.

Opposition AI has been reportedly boosted. According to EA, matches will be more challenging as the opposition will have more intelligence when it comes to attack and defence.

There will also be new ways to sign players, with Loan-to-Buy offers with optional or mandatory future transfer fees on the table as well as manager-initiated offers of player swaps.

This makes for a true-to-life experience which may persuade more gamers to play Career Mode.

The release of a new FIFA game is always exciting as the new features are something people want to know more about.

Leading up to the release of FIFA 21, more and more information is being released.

As we gear towards the release date, expect things like Icon ratings to be unveiled.

October 9 is not too far away and FIFA 21 looks to be an intelligent and realistic football simulator. 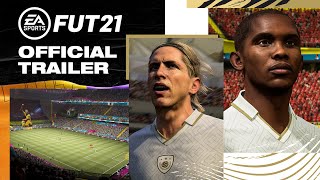 Dhiren is a journalism graduate with a passion for gaming, watching films and sports. He also enjoys cooking from time to time. His motto is to “Live life one day at a time.”
YouTube launches TikTok rival ‘Shorts’ in India
PS5 vs Xbox Series X: What to Buy