Pakistani singer and television host Rabi Pirzada has had her private videos leaked, prompting a lot of attention on social media.

It is believed that her phone was hacked which resulted in the videos circulating.

The matter is being treated as cybercrime as the videos are extremely private, especially as she is seen naked in them.

Following the leak of Rabi’s videos, it gained attention on Twitter and the singer became the top trend in Pakistan. Around 15,000 social media users also started to follow the singer.

The supposed data hack has prompted Twitter users to urge others not to view or share the videos out of respect for Rabi.

Many condemned the actions of the person who was allegedly responsible for releasing the explicit videos.

“Girls sending nudes aren’t as shocking as the males who bully them and use it against them.” 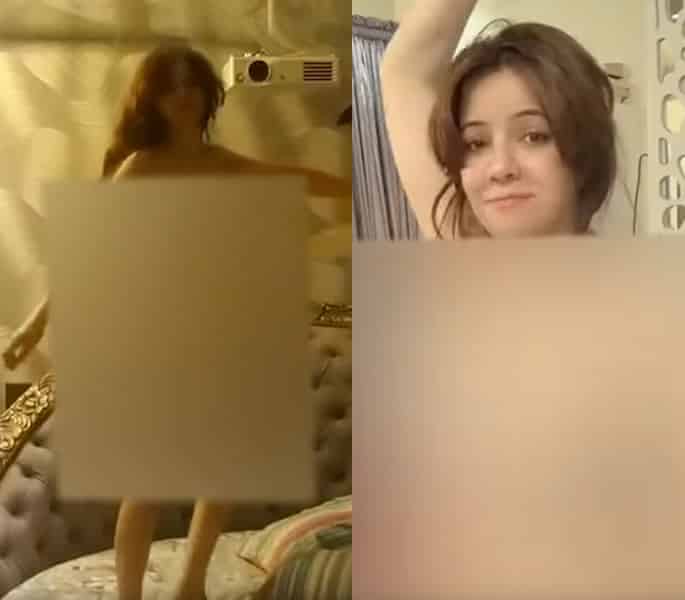 Another posted: “If anyone needs our support, love and affection the most right now, she is Rabi Pirzada.

“We should put hands together against blackmailing and harassment. It’s her life she can do anything she wants. Stay the f*** in your own life.”

While some slammed Rabi for making the videos in the first place, others pointed out that if they were criticising Rabi, they should also criticise the person who shared them.

One user explained: “Leaking videos, ss, nude pictures. It has become a trend now to defame someone whether it’s fake or real, you don’t have any right to bash someone’s privacy.

“Everyone is same, it’s just the matter of time who gets exposed first for whatever reason. Show some ethics.”

The singer has since approached the Federal Investigation Agency (FIA) to file a complaint. She has said that her data had been hacked.

Rabi explained that she had sold her mobile phone and that the videos were stolen from that phone. She also filed a complaint against the shop who she had sold it to.

Rabi has asked the FIA’s Cyber Crime department to take swift action against the person responsible for leaking her videos.

The leak and theft of private data is an offence under the Prevention of Electronic Crimes Act (PECA) of 2016.

Those who are convicted face a prison sentence of up to seven years as well as a Rs. 1 Crore (£49,800) fine. Government agencies like the FIA usually investigate data theft crimes.