New Indian words have been added to the Oxford English Dictionary. Promoting specific words spoken from different regions of India.

Since the British rule in India, many Indian words have been used in the English language. Some were naturally carried over to England once the British left.

Words such as ‘chai’, ‘kurta’ and ‘pyjama’ have all integrated into everyday English pretty well. But now progressively we are seeing more words from India being added to the English Oxford Dictionary, which are more intricate. They are more commonly spoken by Indians.

In September 2017, 70 new Indian words were added to the dictionary. These words have origins from various regions in India and dialects including Hindi Urdu, Telugu, Tamil and Gujarati.

Overall there are now over 950 Indian English words present in the dictionary.

The new Indian English words include a mix of history, Indian food culture and family relationships. 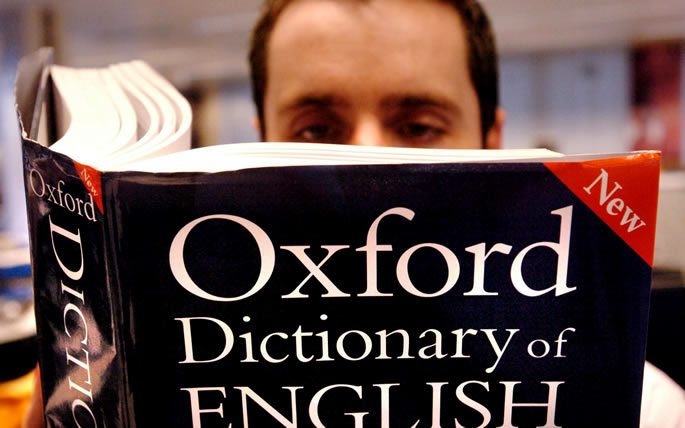 In the notes for the addition of the new words, Danica Salazar, the Oxford English Dictionary World English Editor, writes:

“It is clear that the shared history between Britain and India has left behind a legacy of loanwords and other lexical innovations that have greatly enriched the English word stock.”

“Seventy years after India became an independent nation, English remains both an official language and a living, changing variety with its own distinct identity.

“The seventy words newly added to the OED reflect not only the history of the country but also the many and diverse cultural and linguistic influences which have shaped and changed the English language in India.”

Here are some of the new Indian words added to the Oxford English Dictionary:

Abba – this is the Urdu word for father.

Achcha – meaning yes as in agreement or okay, and also refers to something being nice.

Bada Din – means a long day in terms of winter or a ‘big day’ hence, also used to describe Christmas as the British did.

Chamcha – this refers to the eating utensil spoon.

Chaudhuri – refers to a local leader or headman of a region or a local chief. It can also be a surname.

Chup – means to be quiet or be silent.

Dadagiri –  means the use of power or authority to coerce, intimidate or bully others.

Desh – refers to the country or the land you are from.

Didi – means an older sister or someone you regard as a sister or cousin.

Dum  – an Urdu word describing a dish cooked in steam.

Gosht – a red meat dish made with a rich and dense masala or as biryani.

Gulab Jamun – this is a sticky Indian sweet usually made from deep-fried paneer balls coated in sugary syrup.

Keema – a dish made from mincemeat with spices and can have peas added to it.

Mata – means mother or the respectable word for an elderly woman.

Mirch – means fresh chilli or the heat of a spice.

Qila – refers to a fort or fortress.

Vada – a deep-fried savoury dish made from potato or ground pulses, usually chickpeas or lentils.

Indians are known to use and mix words from different areas to form new English words. Highlighting this Danica Salazar says:

“—they feel free to shorten words, blend them together, add affixes to them, and even change their meanings.”

The addition of more and more Indian words to the Oxford English Dictionary definitely indicates the progressive acceptance of these words to have their place in the English language and to be used freely in English text by anyone who sees them having a fitting purpose.

Prem has a rich interest in social sciences and culture. He enjoys reading and writing about issues affecting his and future generations. His motto is 'Television is chewing gum for the eyes' by Frank Lloyd Wright.
Ultimate Dating Tips for British Asian Men
The Asian Media Awards 2017 Winners