A Punjabi dining set showing the history of South Asian migration from Punjab to Canada has been added to the Royal British Columbia Museum.

they were commonly used by Punjabi migrants

A Punjabi dining set has been added to the Royal British Columbia Museum in Canada.

It is part of the museum’s ‘100 Objects of Interest’ collection.

The dining set represents the time when immigrant communities were unwelcomed in Greater Victoria.

The Punjabi dining set is a ‘tamba’- a Punjabi set of mixed copper alloys. It includes drinking glasses, a small water jug, dishes and a tray.

The set was owned by Naranjan Singh Gill, who came to British Columbia from Punjab in 1906.

The rest of the Gill family, including Indar’s wife and two children, joined them in 1938.

Although such dishes are rarely found today, they were commonly used in Punjab until a few decades ago.

Hence they were commonly used by Punjabi migrants on sea voyages across the pacific.

The family preserved the dining set as it tells the story of family migration. 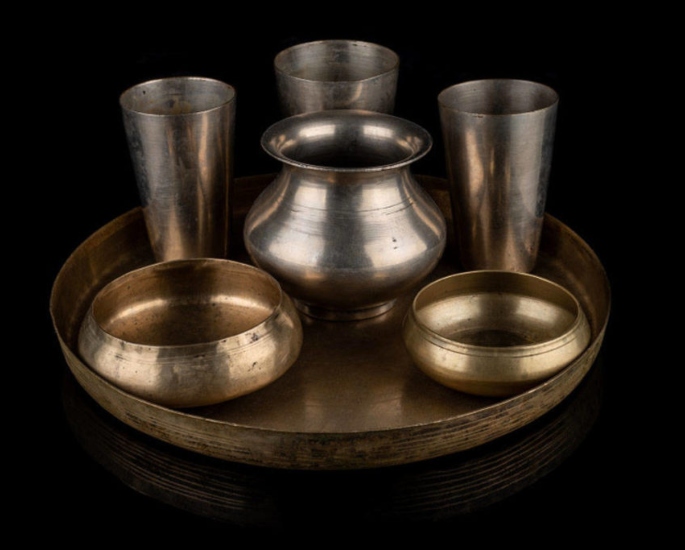 Living in British Columbia during the early 1900s could be extremely difficult for non-white people, and more for people of South Asian descent.

South Asians had to face strict laws and bans or hard taxes.

Dr Satwinder Bains, the director of the South Asian Studies Institute at the University of the Fraser Valley, said:

“Many immigrant communities experienced that era as racially volatile, socially fragile and fraught with imminent threats of expulsion.

“So these items strengthen our resolve to recollect our past so that future generations may understand their own particular histories with the richness that they deserve.”

In 1908, the country adopted a law that said that newcomers were only allowed into Canada if they made it from their home country in one continuous journey.

However, the law was challenged and around 55 people successfully entered the country.

The following year, the federal government introduced a blanket ban on Asian immigration to British Columbia.

South Asian immigrants since have come a long way. They are now a part of British Columbia’s history.

According to the museum, the dining set was indicative of caste and class sensibilities.

So the dining set holds a lot of value as it represents the history of South Asian migration to British Columbia.

The Gill family has now donated the dining to the Royal British Columbia Museum.

The Punjabi dining set and other 99 interesting items can be viewed on the Royal British Columbia Museum website.