A Birmingham restaurant had created an in-car dining service for customers, however, police now say it is not Covid-friendly.

"we didn’t really see that was an issue."

A Birmingham restaurant which was planning to offer a three-course in-car dining experience has been asked by police to change its plans.

Varanasi, on Broad Street, was set to a launch a service in which diners could eat a meal, inspired by business class airline food, from their vehicle in a car park next to the restaurant.

“We thought people were getting tired of just getting a boring old takeaway now, so we thought let’s think of something a little bit out of the box, within Covid rules and regulations, to give customers a pleasant experience.”

The car park is not owned by Varanasi but Mr Wahab said that the restaurant would be allowed to use it.

He added: “The car park where customers can park is not owned by us but it is directly behind the restaurant and has 50 spaces so we don’t anticipate it ever being too full.

“The owners have agreed to let us use it.

“There will be a bin in the car park so they just need to get out to dispose of their rubbish after they’ve finished.” 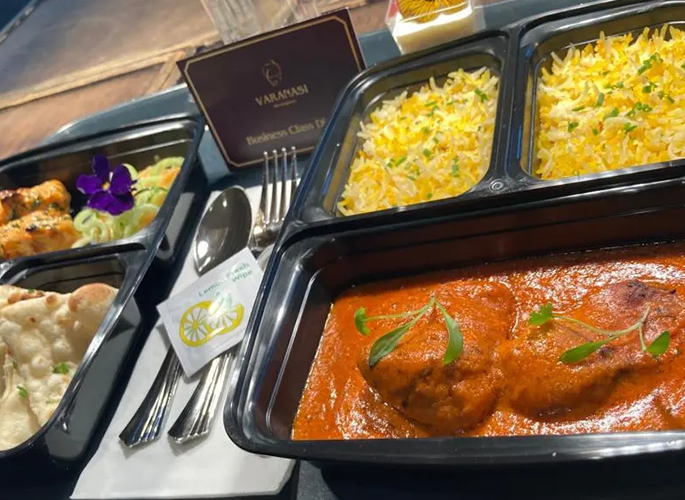 However, Mr Wahab has now revealed the police told him that Covid-19 regulations prevent establishments from using land adjacent to their premises for seating or standing capacity.

He said: “Look, if that’s the rules, then we want to adhere to the rules, and we won’t promote dining in the car park.

“But it is a bit disappointing. We thought if you’re in your car with your household or bubble, we didn’t really see that was an issue.

“The standard drive-through [restaurants] are offering a collection service where people are going into the car park and they’re eating it there.

“We’ll still do our takeaway service and still present it the way we intended on presenting it.”

“We’re just going to tell customers they’re not allowed to use our car park for eating and where they go and eat is not down to us to enforce really.”

Varanasi had already trialled the in-car dining service as it was set to launch in time for Valentine’s Day.

Mr Wahab previously said: “Everybody will probably want to go out and get a takeaway on Valentine’s Day, so we thought why not take up the opportunity to grasp a bit of business while people are hungry to eat out?”

A West Midlands spokesperson said: “Our licensing team, who work in conjunction with the local authority, have contacted Varanasi and advised them to amend their drive-through meal plans in order to comply with the current coronavirus regulations.”

Dhiren is a journalism graduate with a passion for gaming, watching films and sports. He also enjoys cooking from time to time. His motto is to “Live life one day at a time.”
3 Sanjeev Kapoor Strawberry Desserts for Valentine’s Day
5 Vegan Rice Dish Recipes to Enjoy