Boxer Amir Khan, currently in Houston to attend a fund-raising event, gets questioned by am an inquisitive journalist about the recent outburst by wife Faryal Makhdoom regarding his family.

At this point, he broke his silence about the whole saga and replied in a casual manner:

Amir then adds: “To be honest with you, they’re cool with each other. Everyone has a little bit of a problem in the family.

“But, I’m staying out of it. I’m on my own. I’m cool with my family, I’m cool with Faryal. I’m in the middle. I’m cool with everyone. Tomorrow, they’ll be back eating together and going out with each other. I mean it’s just one of those little things that happen.”

The response is very differently toned from what has been clearly communicated by his wife Faryal. Who seemed to be very genuine and direct about her dire experiences she has had with the Khan in-laws.

Does Amir Khan mean that people are misinterpreting the disturbing remarks made by his wife on social media and it was just minor family fallout?

Is all the abuse and bullying that Faryal expressed and allegedly endured in the Khan household an exaggeration by her and not true? 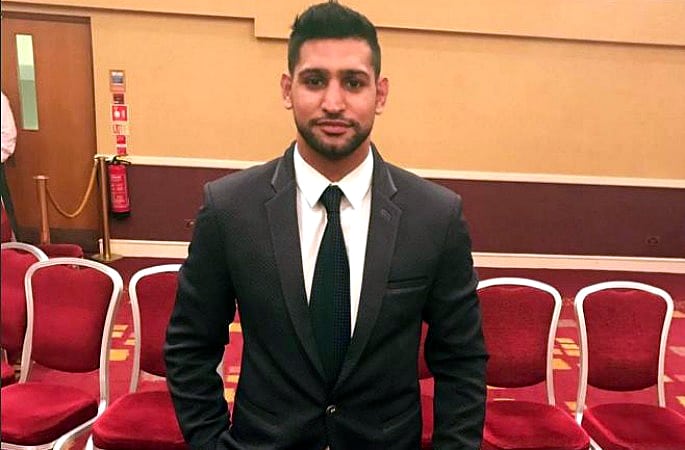 It appears that he was trying to keep the peace between his wife and his parental family.

Following which, a journalist made a witty remark: “So you are also trapped in between like any other ordinary guy.” To which he agreed. Perhaps, a dilemma so many Asian men face in marriage when caught between the wife and original family.

It is clear from this interview that Khan is completely staying out of the fracas and not speaking to defend in respect of his parents? Or, supporting his wife?

In a similar manner, Faryal told The SUN, the boxer wanted: “To keep the peace.”

The interview with Khan then leads to another revelation which was recently quashed by his wife Faryal on social media. That of a reality television show.

Despite his busy life and schedule in America, the UK and Pakistan. He says his life is ‘all over the place’. But reveals:

“We got Boom TV who are very interested in doing a show and following me. But we are still in talks. But nothing has been decided. yet.”

Interestingly, he describes the reality show to be a ‘Desi’ show and stated that it will include everybody. The whole family and his wife.

He said all this in the interview whilst, conversely, Faryal recently tweeted: “I have NO reality show coming up. This isn’t a joke, and no HUMAN would put themselves through this drama for a publicity stunt!.”

When asked if he would like any more children, his reply was a fairly ‘Desi’ one too:

We wonder what would Faryal’s response to having more children after all that has taken place.

So, with Amir Khan’s response and a potential reality show on the cards, are Faryal Makhdoom’s allegations of violence and abuse by Amir’s family true on not?

Could it be that the who outcry in public is a build up for the reality show? 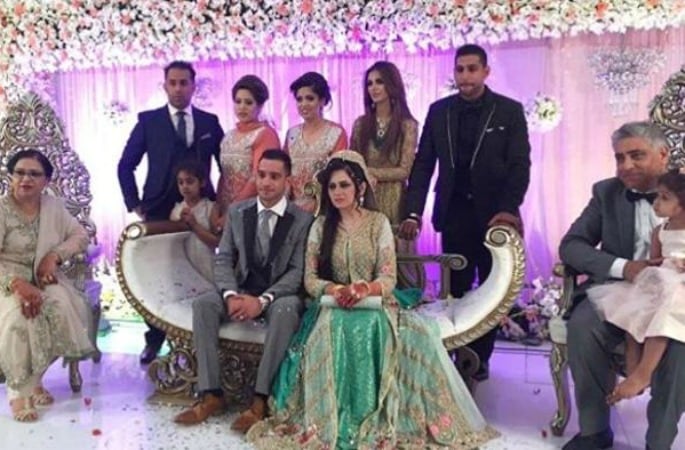 Then later, a further dramatic U-turn, when Amir Khan decided to go to Twitter and clear things up even more, this time in his own personal defence:

This indicates that there will be no reality show and Amir is very unhappy with both parties – his wife and his family.

Well, after hearing news and statements, people were quick to react on social media.

Ismaeel on Twitter: @amirkingkhan you say they should keep it private and here you are making it public.

GAZZYDOO! on Twitter: Ridiculous that a family is at breaking point just over the clothes his wife wears.

Samkayu says on Instagram: “Faryal plz stop this now. Your ratings for the tv show will be good so leave it now.”

While Sharin MUA tweets: “#Faryal still has to live with them in her life. Why air all this? Surely this will cause problems for YOU in the end. It’s STILL his family .”

Meanwhile, Wakisshroff tweets: “Amir Khan’s dad is right, “we already have the Kardashian and Hadid sisters, there is no space for anyone else beti.”

Is this the end of it? Or are we going to hear more from Faryal who did throw the first verbal brick to the shatter the image of married life in the Khan household?

Something still is ‘daal mein kalaa’ as they say and all in all, there are clearly two sides to the story of this Khans vs Farayl saga. But the complete truth? That still remains unclear.