Actresses Deepika Padukone and Shraddha Kapoor’s mobile phones have been seized by the NCB after six hours of interrogation.

Officials will search for clues and other digital evidence

The mobile phones of actresses Deepika Padukone and Shraddha Kapoor have been seized after the interrogation by the Narcotics Control Bureau (NCB).

The actresses were summoned by the NCB after the agency’s probe into Sushant Singh Rajput’s death case which unearthed Bollywood’s drug link.

On Saturday, 26 September 2020 Shraddha Kapoor was questioned at the NCB’s Zonal Office at Ballard Estate in South Mumbai.

Meanwhile, Deepika Padukone was interrogated at the NCB guest house in South Mumbai.

Shraddha reportedly reached the office at around 12 pm according to an NCB official.

After almost six hours of interrogation, Shraddha Kapoor left at around 5.55 pm.

Sources also stated that Deepika Padukone was probed alongside her manager Karishma Prakash.

Deepika was also interrogated for approximately six hours. She arrived at the guest house in Colaba at around 9.50 am and left at 3.50 pm.

In the latest development in the case, the NCB seized the phones of three Bollywood A-listers. These include Deepika Padukone and Shraddha Kapoor.

As well as the actresses, Deepika’s manager Karishma Prakash and KWAN employee Jaya Saha’s phones were also seized by the NCB.

Sources have claimed that officials will search for clues and other digital evidence for their involvement in Bollywood’s drug trade.

Recently, Deepika’s name was mentioned by the NCB after she was identified as ‘D’ in a WhatsApp group with Jaya Saha.

“The chats accessed are from October 2017 and show Deepika asking for ‘maal’ from ‘K’ who replies that she has it, but at home.”

“Further ‘K’ says that she can ask ‘Amit’ if she wants it, as ‘he is carrying’. Deepika also then clarifies that she needs ‘hash’ and not ‘weed’ as the two discuss logistics.”

After continuing with their probe, the NCB revealed that Deepika was, in fact, the admin of the WhatsApp group.

Allegedly, this group was used to discuss the procuring and consumption of drugs amongst Bollywood stars. 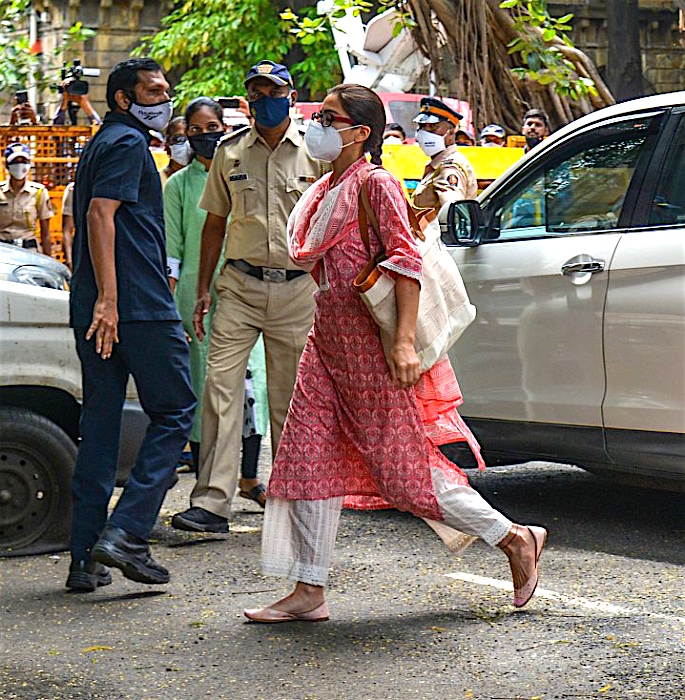 The actress alleged that she was unaware of where the phone is.

Meanwhile, Deepika Padukone has supposedly admitted to asking for drugs. However, she answered NCB’s questions in a rather vague manner sticking to short responses.

We wait to find out whether their phones uncover more in the investigation.

Ayesha is an English graduate with an aesthetic eye. Her fascination lies in sports, fashion and beauty. Also, she does not shy away from controversial subjects. Her motto is: “no two days are the same, that is what makes life worth living.”
Karan Johar reacts to Drug Allegations at Party
Terence Lewis touches Nora Fatehi’s Bottom on TV Show