Faryal Makhdoom, reveals the details of the mistreatment she has faced living with her in-laws. In addition, Amir Khan’s parents break their silence.

"They had this attitude that their son was their everything and I was just an appendage."

Following in the footsteps of her boxer husband, Amir Khan, Faryal Makhdoom jumps in the fighting ring.

However, not through physical means. Rather, she has vocalised her distress, against the abuse and bullying she has faced from her in-laws.

We recently witnessed Faryal speaking out on social media, through a series of Snapchat rants, striking vigorously at her in-laws. Her blazing words indicated Amir Khan’s family as abusive and violent.

While, sister-in-law Mariya Khan, appeared to have responded with her own series of ‘snaps’, she openly engaged into bullying with online bullies on her social media account.

And now, speaking to The SUN, Faryal opens up about the supposed cruelty. 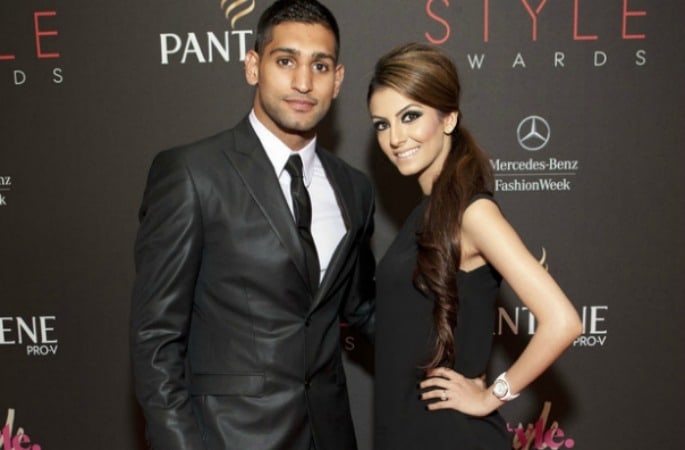 In an exclusive interview with the SUN, Faryal gives her ‘snaps’ a meaningful explanation:

“I never felt I could do anything right. I was bullied physically and mentally,” she tells the SUN.

The mother of one claims that having been being bullied repeatedly for three years, she has now had enough.

After accusing her in-laws of ‘disgusting’ behaviour, Faryal now explains a number of incidents,where she was frequently ‘told off’, ‘controlled’ and ‘slapped’.

In one instance, she had a remote control thrown at her by her eldest sister-in-law and the door slammed on her, whilst doing the laundry.

Further, she says she was intentionally cropped out of family photographs by Amir’s other sibling, Mariyah Khan.

Moreover, describing her in-laws as ‘controlling’, she claims that they would change the door locks of their Mr & Mrs bedroom:

“It was our space and my things were inside. They said it was their son’s room and that they were allowed access.

“I don’t think they ever looked at anything inside – it was the principle. They had this attitude that their son was their everything and I was just an appendage,” she told the SUN.

Faryal ends by saying: “I salute myself for sticking around but I’m American and one day I said, ‘Enough of this s***, I’m going to speak up’.” 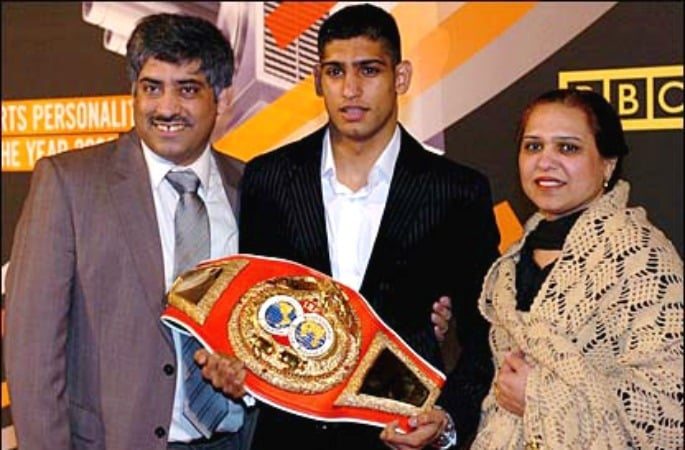 While speaking exclusively to GEO News, Amir’s father says: “I am a father to two daughters whom I have treated exactly the same way as I have treated Faryal.”

Further, he added that if there was physical abuse, there would have been some medical evidence to back this claim.

You can watch the interview here of Amir Khan’s parents:

However, they also expressed their main concern over Faryal’s dressing, which they believe was not according to their cultural traditions.

Speaking to GEO, Amir’s mother said: “I told her to take a dupatta but she never listened.” Is there a sense of cultural expectation?

Rather she says, Faryal called them “pehndu.” This translates as inhabitants of a village.

In other words, Faryal claims to have a modern lifestyle in comparison to the Khan family.

Is it the case of traditional vs modern lifestyles?

Are these different cultural attitudes the reason behind all this?

Although they never said anything to Faryal, the parents did share their concerns with Amir:

“We asked Amir but he told us to convey this to Faryal’s mother because she does not listen to him either,” she said.

As Faryal clearly told The SUN: “I felt like I didn’t fit in.”

While Amir’s mother explains that Faryal didn’t mix up much with the family. And so she says:

“One day she will also complain that Amir Khan abuses her.”

Does it end here? Will Faryal answer back and continue fighting against violence and abuse?

Amir Khan, the husband, surely will be next to say something on the matter.