7 Ways Pakistan is Affected by Coronavirus

COVID-19 obviously presents a health risk but the ongoing pandemic has affected other aspects. We look at seven ways Pakistan is affected by Coronavirus.

But those hospitals barely have the facilities to offer.

There is not one single country that has not been affected by the Coronavirus.

Say what you will about its origin. Many citizens have come up with their own conspiracy theories as to how this deadly virus originated.

But the damage has been done and it will take many months to assess the damage and causes, not to mention its vaccination.

It might take at least a year to come up with an effective vaccination. Delays will arise if created vaccines do not work.

Every medical expert has suggested that the best way to stop the spread of COVID-19 is to refrain from going out unnecessarily and to avoid gatherings.

No one would have imagined that 2020 would be about staying at least two metres away from each other.

But we are all here and doing the best we can to keep ourselves and everyone around us safe and healthy. This has become a worldwide mood as we speak.

But how has the Coronavirus affected Pakistan and its citizens? What measures have they taken to combat the virus?

We look at seven ways at how the Coronavirus has affected Pakistan. 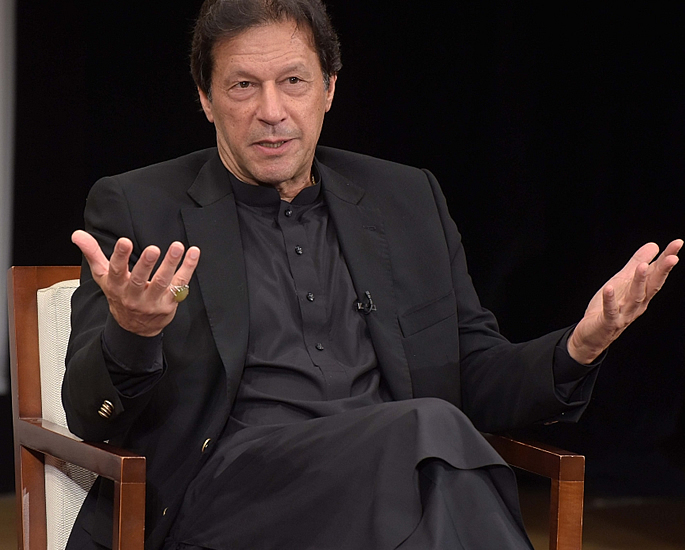 It is likely that Prime Minister Imran Khan and all his predecessors would not have expected to face such a pandemic.

Perhaps his legacy will be based on how he deals with the crisis.

Pakistan was never quite the country where governments have prioritised healthcare or actions to fight local diseases, let alone a worldwide pandemic.

Consider the state of Polio before one can comment on the Coronavirus. In 2020, there have been 36 cases of Polio in Pakistan.

But those hospitals barely have the facilities to offer. Machines may not be available or are out of order. The staff is not often as careful or cautious as they ought to be.

And that may be justified since there are very few doctors and nurses to cater so many patients.

According to one survey, 1,200 Pakistanis have only one doctor, which makes the patient to doctor ratio 1:1,200.

While healthcare remains a talking point, the government is working to reduce the spread by imposing partial lockdowns.

The intention of lockdown is to ensure that public gatherings are avoided as much as possible without disturbing the supply and demand for food and basic necessities.

There have been calls for a nationwide curfew, however, PM Khan has rejected the idea for now. 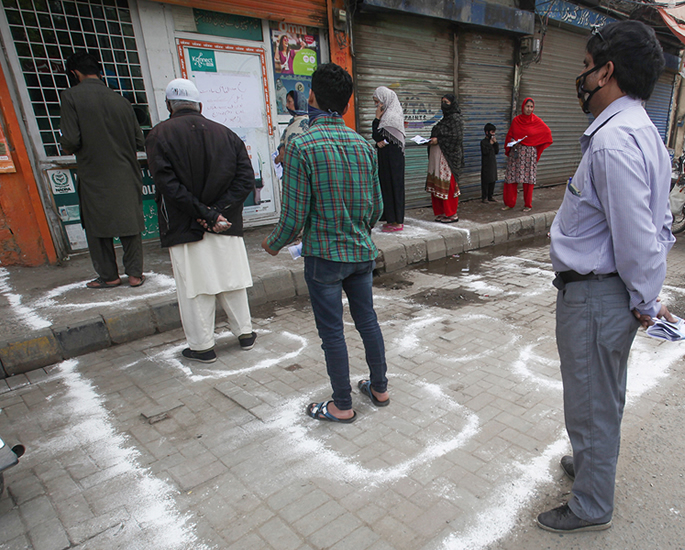 The whole Pakistani society has been greatly affected by Coronavirus.

Simple things like handshakes are to be avoided and people must stand at least two metres away from each other.

However, a lot of people ignore the precautions and continue to shake hands and hug like normal, unaware that they might be spreading the virus.

Furthermore, the use of gloves and masks has been advised by both government and medical community, which are also neglected by some citizens.

But the fear and paranoia regarding the virus continue to loom over Pakistan.

If that is not all, all forms of public gathering have been prohibited by the government, which means social events like marriages are banned.

As most people are in their homes, roads are empty and there is no hustle and bustle in bazaars, plazas, and malls like before. 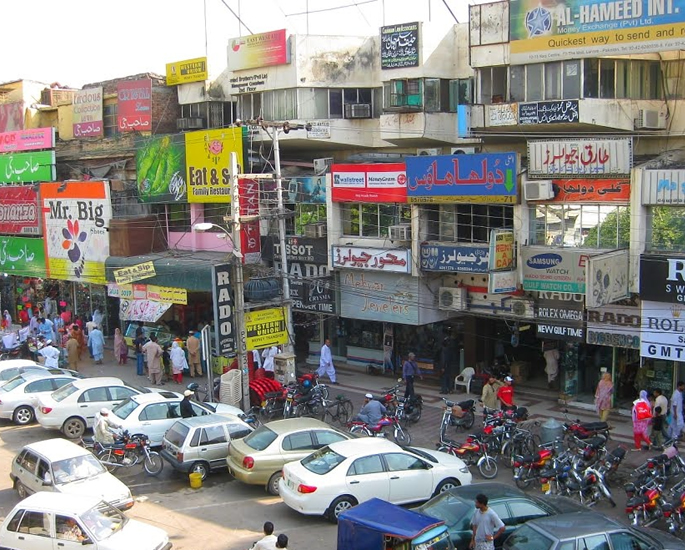 Many independent businesses have been affected by COVID-19. As they are non-essential, they have been forced to close.

Apart from medical and grocery stores, there is hardly any commercial activity happening anywhere in the country.

The shops which are still open have to now conduct business during reduced hours.

All this is happening in shopping malls which would usually stay open until the early hours of the morning.

Factories have been asked to shut down due to the risk of the virus. A few remain open but with far less staff and less production.

Many office-based companies have asked their employees to work from home.

However, field-related companies have been greatly affected, resulting in financial losses.

In a matter of days, the Pakistani rupee fell against the dollar and stands perhaps the lowest ever recorded, going as low as Rs. 166 against $1 as of March 27, 2020.

The already declining economy of Pakistan is going to face a serious blow if the economic condition carries on like this, especially when you consider the possibility of a global recession. 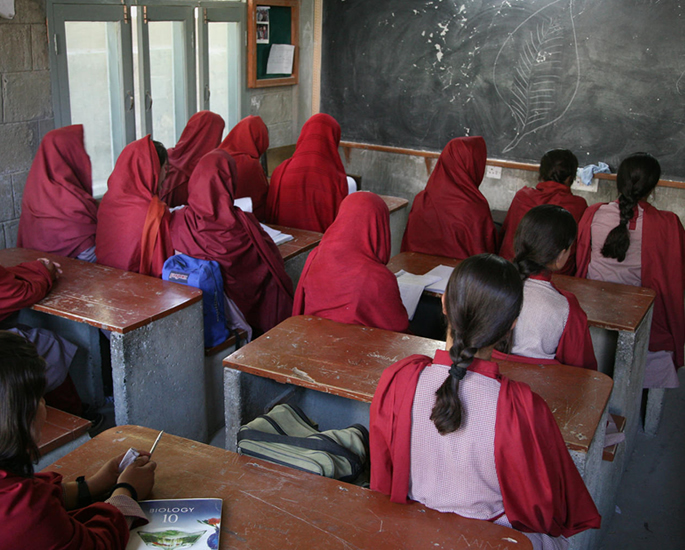 Schools, colleges, and universities have been forced to close down. Board and final examinations have been halted.

However, many universities have decided to carry on educational activities through online classes and interaction.

Even though universities are taking an online method, practical lessons cannot carry on.

Both state and private universities are obliged to follow the instructions and notices issued by the government.

Boarding schools have asked the parents of the students to vacate the schools, whereas hostel-based students are now in their homes.

Private universities have been affected more as they rely on the fees paid by the students.

On the other hand, state universities have been converting residential halls into quarantine centres for the general public. 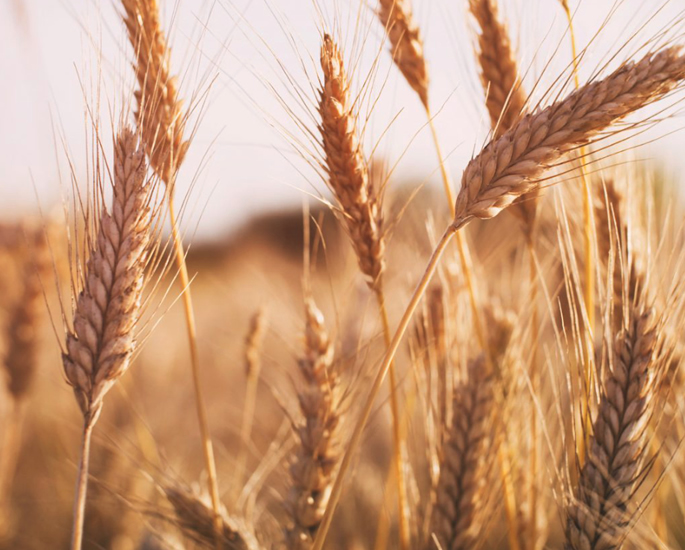 One of the most critical aspects of the present situation is the price of food.

Many citizens fear what may happen in the future. As a result, some have resorted to panic buying meaning that supply is significantly increasing. This means the prices do as well.

In just a matter of days, fuel prices have been severely affected. Petrol as of March 28, 2020 costs Rs. 97 per litre whereas diesel costs Rs. 107 per litre.

Bear in mind at the start of March, petrol cost Rs. 112 per litre whereas diesel was Rs. 122 per litre.

One of the alarming situations that are on the rise is the shortage of wheat.

Pakistan relies on agriculture as it is a massive contributor to the economy. But with the ongoing Coronavirus pandemic, it has an effect on investors, farmers and consumers. 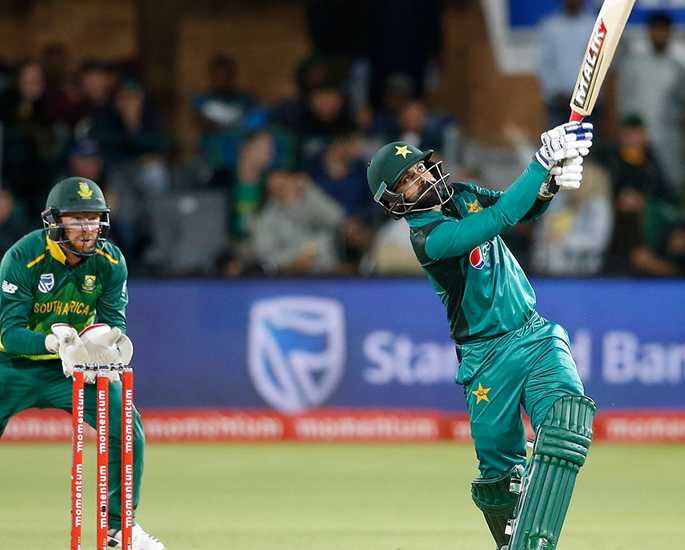 One of the biggest aspects within Pakistani society is sport. So it came as no surprise when cricket fans were left disappointed when COVID-19 became a serious issue.

The Pakistan Super League is one of the most popular events, where players from all over the world come to Pakistan to play.

With the outbreak of the virus, the finals were delayed for a few days but the increasing seriousness means that no one knows if they will ever resume.

This is because players are in close contact with each other which could increase the risk of the virus spreading. Not only that but thousands of fans would attend matches.

It would have been unwise to prioritise cricket matches over public safety.

But apart from cricket, all other sports, whether it is at the elite level or grassroots, have been indefinitely postponed. 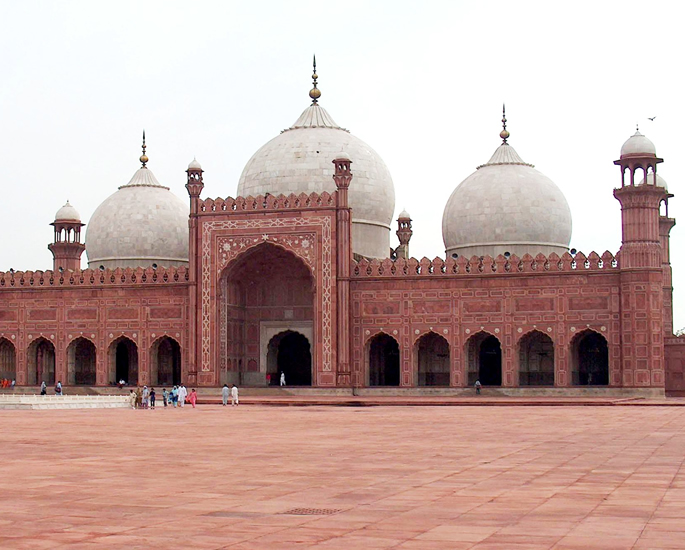 Arguably the biggest problem that people seemed to have with the Coronavirus is that it has disrupted their faith.

Religion is a big part within Pakistani culture as it acts as a way of socialising with other members of the community.

At the start of the outbreak in Pakistan, services were restricted but now the government has intervened and now they have been banned in order to avoid public gatherings.

Some citizens have been left devastated as their faith forms a big part of their identity.

It is an aspect which citizens cannot do anything about but nevertheless, faith is something which has been deeply affected by Coronavirus.

Public health and safety have never been Pakistan’s strong spot but almost everyone around the world feels helpless amid the ongoing situation.

Taking precautionary measures is currently the only way to manage the situation, especially since there is no sign of an effective vaccination anytime soon.

When it eventually comes to end, there is a chance that the socio-economic conditions of Pakistan will never be the same.

Many have said to stay at home. But while people are spending their days with their families, households are at risk.

Daily wage earners have nothing to do and their income solely relied on customers.

Regardless of the political disputes and differences, it is undeniable at this point that only solidarity and unity can help fight the pandemic.

Strong actions need to be taken to maintain not just public health and safety but preserve public trust.

Z. F. Hassan is an independent writer. He enjoys reading and writing on history, philosophy, art, and technology. His motto is “Live your life or someone else will live it”.
Prince Harry & Meghan buy Mel Gibson’s $15m Mansion
The Khan Brothers who sold Idea to Cisco for $610m