How Weddings in Pakistan are affected by Coronavirus

In Pakistan, the Coronavirus is affecting numerous aspects of society. This includes weddings where there are several factors which are affected.

"the chances of the virus spreading are even higher.”

Weddings in Pakistan are a big deal. However, ever since Coronavirus hit the country, weddings are one major area which has been affected.

In a bid to stop the spread of the virus, the federal government has announced a ban on public gatherings.

This includes wedding ceremonies in halls and banquets.

One family were on their way to a wedding when the announcement was made. Forty family members were on a train to Karachi at the time.

One family member said: “We were stunned as soon as we got to know about the ban.

“We’ve travelled all the way from Multan, so we’ll take the bride with us on our way back.”

The family had arrived in Karachi on March 14, 2020, where the wedding was set to take place inside a hall.

But following the ban on public gatherings, the wedding was rescheduled for the afternoon of March 15.

The bride’s father said: “We are holding the ceremony today [Sunday afternoon] at our home.”

Hundreds of guests who were set to arrive at the hall gathered in and around the house.

“You can see, it’s just a small house. And it’s full of guests. But we have got another arrangement.”

The neighbours allowed the family to let them use their roof. Guests were on roofs, inside the home and on the street.

“Had the function been in a wedding hall, we could at least stand away from each other. You know it’s dangerous to be in close proximity these days.” 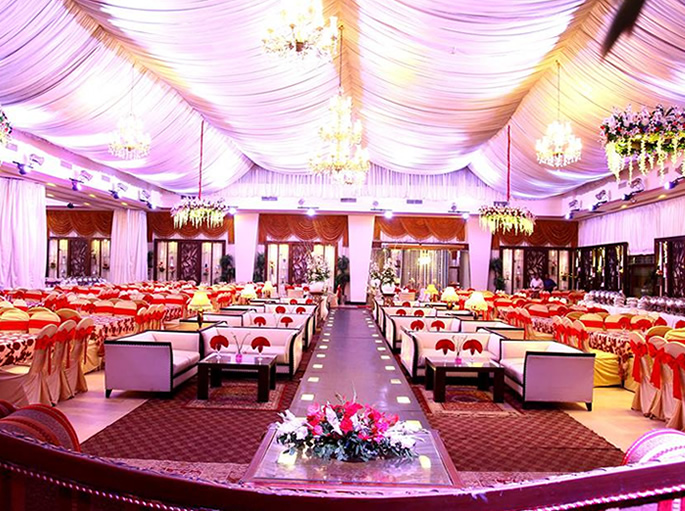 Dr Syed Adnan Khursheed is a physician and stated that “people are not realising the gravity of the situation”.

“We need to understand the relation between volume and density.

“With more people present in a physical space, the chances of the virus spreading are even higher.”

Just one droplet coming out of an infected person’s mouth or nose can spread Coronavirus to others. Dr Khursheed added:

“There are prophetic traditions, such as the ones about plague, which call for practising what is being now termed as social distancing in the wake of a virus outbreak.”

He went on to say that the government was right to announce a ban on public gatherings and all aspects of society should listen to the instructions.

“Of course there are social problems because of the sudden ban, but these restrictions are only in place to save our lives.

“Both as a doctor by profession and a student of religion, it is my humble message to all citizens that they must take precautionary measures against the Coronavirus threat.

“Instead of attending marriages in houses and potentially creating high chances of spreading the virus, they should try staying home as much as possible and practise social distancing.”

Dr Khursheed stated that some people with large houses are renting out their lawns to those holding wedding ceremonies. He said that it presents a high chance of Coronavirus spreading.

“This is the worst they can do right now.”

Dr Safiuddin Siddiqui is the CEO of an education network. He described the situation as war-like.

“I’d rather call it a global war, with the enemy likely to be present anywhere around us.”

“People who are not refraining from holding public events are potentially causing harm to the whole nation,” he asserted.

“The virus outbreak has exponential growth. The number of victims can soar from hundreds to hundreds of thousands in no time.”

“It means a person who has contracted the coronavirus may not show any symptoms for days but the victim can still infect people in close contact with them.”

He has been educating people on the measures they should take. He came up with ‘COVID-19 phases for most societies’. 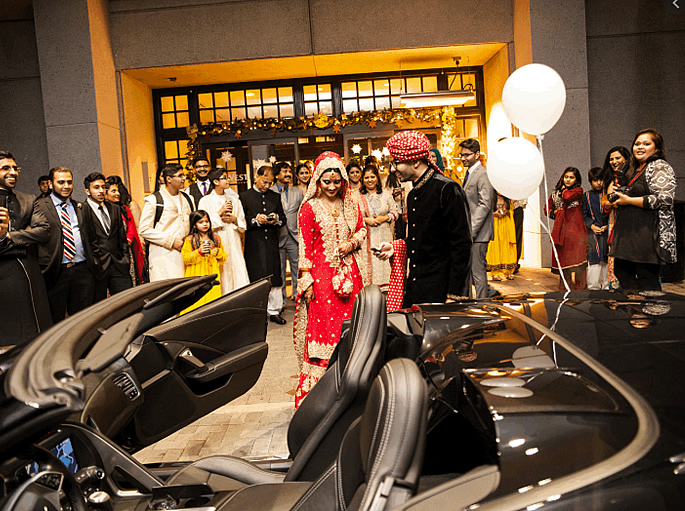 According to him, the first phase is when epidemiologists freak out “while no one else listens”.

In the second phase, health care professionals freak out “while no one else listens”.

In the third phase, empathetic people freak out “while no one else listens”.

In the fourth phase, government officials freak out, and in the last phase, the virus spreads far and wide.

Dr Siddiqui added: “We have reached the fourth phase. It’s time we took strict precautionary measures before we, God forbid, make it to the last phase.”

Dr Siddiqui requested citizens to either postpone public gatherings, which include wedding ceremonies.

Another option is to rearrange the events so that only a small number of people are present.

Dhiren is a journalism graduate with a passion for gaming, watching films and sports. He also enjoys cooking from time to time. His motto is to “Live life one day at a time.”
Two Men made £56k selling Illegal Oyster Cards on Social Media
Fight erupts at Indian Wedding with Drunk DJ abusing Women