How Bollywood Stars are reacting to Coronavirus

The Coronavirus pandemic is creating chaos across the globe. Undoubtedly, precautions are being implemented. Let’s see how Bollywood stars have reacted.

COVID-19, popularly known as Coronavirus is a new illness that can affect the lungs and airways and it seems Bollywood stars are sharing their preventative measures as well as sharing their experiences.

The respiratory illness which is originally a virus that causes disease in animals is currently being spread from person to person.

It is believed that the disease came from a seafood market in Wuhan, China where wildlife was sold illegally.

As a result of this, it has been assumed the Coronavirus was transmitted between animals and humans.

It has been reported that China is the worst affected country, however, the number of cases across the globe are increasing.

Typically, the Coronavirus symptoms cause illnesses ranging from the common cold to more detrimental illnesses. The usual symptoms include a persistent cough and fever.

So far, over 198,598 people worldwide have been tested positive of Coronavirus including 147 in India.

Let’s take a look at what Bollywood stars are doing during this pandemic. 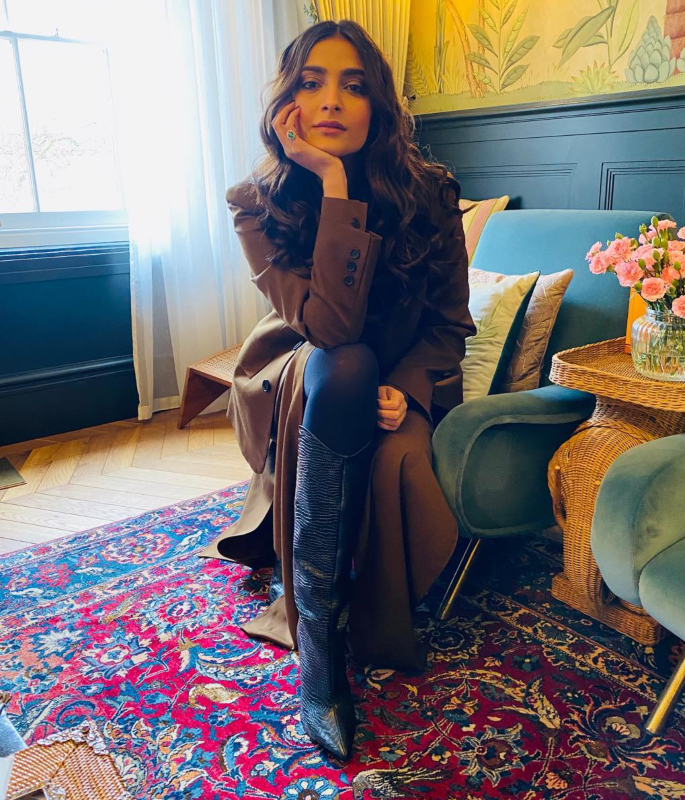 On Wednesday, March 18, 2020, Sonam Kapoor and her husband Anand Ahuja travelled back to India from London.

Amidst the chaos and uncertainty of the Coronavirus, the couple took a conscious decision to return home.

Sonam took to her social media to share the details of the measures and precautions taken at the airport.

The couple flew to New Delhi airport. Sonam explained how the New Dehli airport was much better than the London airport. She said:

“Anand and I are back in Delhi we are in our room. We just want to thank everybody at the airport and everybody who was on flight.

“It was very smooth, very responsibly done, in fact, when we were leaving London there was no screening, there was nothing. Anand and I were in massive shock that there wasn’t.

“We reached India and before we went on to immigration we had to fill a form in which they asked to tell them how much we flew in the last 25 days, we gave our travel history.

“Fortunately, Anand and I hadn’t flown to any of the so-called hotspots or places where the virus is very rampage.

“It was Anand, me and my spot boy, Sujit who is like family, we were very concerned about him.

“I just want to say that it is incredible the way the authorities are handling the situation. It’s very commendable and laudable.

“We went to immigration, they again rechecked where we had been on our passports which was extremely responsible.

“Then, Anand and I had our gloves on and our masks on. Everybody also had their gloves and masks on.

“We got our luggage and we went through. Then we saw a lot of other people who obviously hadn’t been checked out. Even some from our flight and some from a flight that was coming from France. 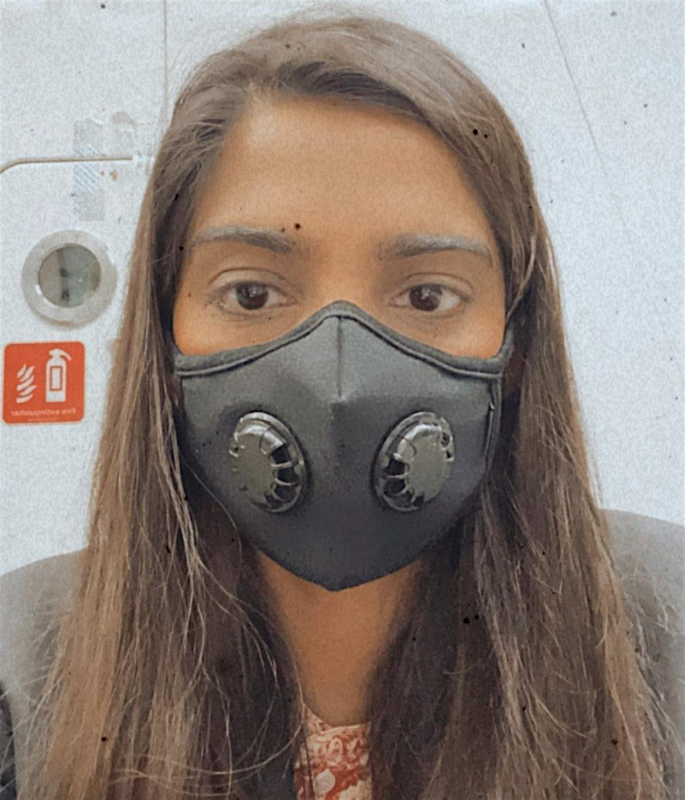 Sonam Kapoor also mentioned that despite not bearing any symptoms of the Coronavirus, she and Anand are self-isolating. She said:

“I am back home with my husband. I am really happy to be back home in India.”

“Both Anand and I have no symptoms of the virus and we haven’t been to any country which has been a hotbed of the virus but we are still self-quarantining because we live with our parents and our grandmother.

“So, I request everybody else, as young people, we need to be more careful and prevention is better than cure, especially for your loves ones, your grandparents and parent.

“We have to make sure that we do the best that we can do, they are trying their best as well.

Bollywood actress Deepika Padukone is helping her fans as she spreads awareness about the Coronavirus.

The actress, who was nominated by the Director-General of the World Health Organisation (WHO), Tedros Adhanom Ghebreyesus, partook in the ‘Safe Hands’ challenge.

The new challenge is a global campaign set up by WHO. The concept is to share a video of how to wash your hands as a precaution against the Coronavirus.

Deepika, who is known worldwide as a popular celebrity was asked to take part in the challenge.

She took to Twitter to share a video of herself wearing a mask and washing her hands. She captioned it:

“Thank You @DrTedros, for nominating me for the #SafeHands Challenge! #COVID19 surely is an uphill health and public safety task, but all of us are in this fight together!

“Further nominate @rogerfedrer, @Cristiano and @imVkohli to take up this challenge! #coronavirus StaySafe.”

Thank You @DrTedros, for nominating me for the #SafeHands Challenge!#COVID19 surely is an uphill health and public safety task, but all of us are in this fight together!I further nominate @rogerfederer,@Cristiano and @imVkohli to take up this challenge! #coronavirus #StaySafe https://t.co/45glSxXkqP pic.twitter.com/7s7R4pIrrL

The Big B of Bollywood has also taken a stance to help educate his fans about the spread of the Coronavirus.

Amitabh was roped in by the UNICEF and Health Ministry of Government of India to spread the message of taking caution against COVID-19.

Taking to Twitter, Amitabh Bachchan announced the news to his fan following along with pictures of himself from the shoot. He wrote:

“T 3469 Getting set to advocate the preventions necessary about CoVID 19, … this is for UNICEF, and the Health Ministry of GOI .. the message should be out soon .. Be safe .. be careful.”

T 3469 – Getting set to advocate the preventions necessary about CoVID 19 , … this is for UNICEF, and the Health Ministry of GOI .. the message should be out soon ..
Be safe .. be careful ..? pic.twitter.com/hNrAPTAXne

This is not the first time the actor has teamed up with the respective associations. He has also helped with various campaigns for polio, tuberculosis, diabetes and hepatitis B. 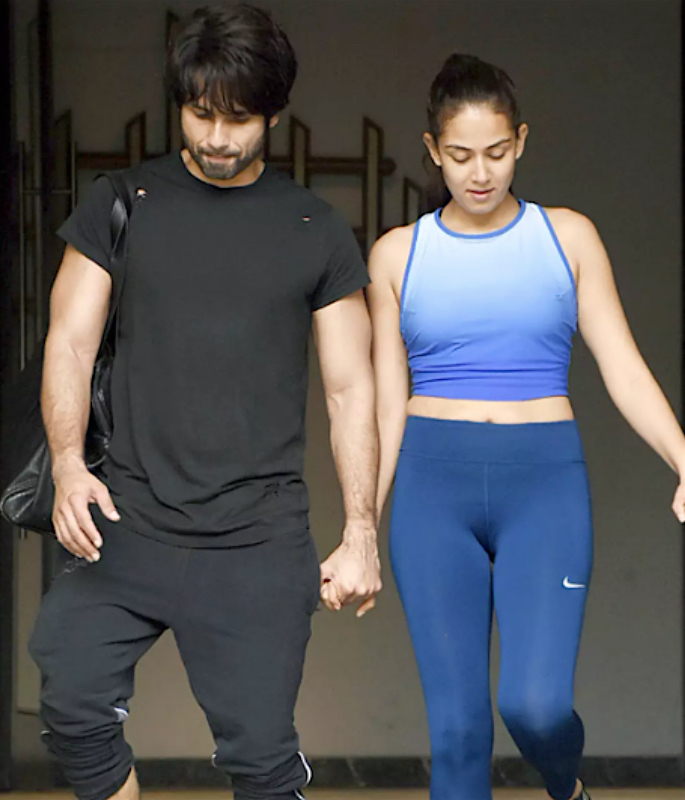 Unfortunately, unlike the other Bollywood stars, it seems Shahid Kapoor and his wife Mira Rajput have not followed suit.

The BMC ordered the closure of schools, colleges, cinemas and gymnasium centres.

However, it has been reported that the actor and his wife were spotted outside their gym, AntiGravity in Bandra.

Allegedly, the gym opened exclusively for the couple despite being instructed to close.

Shahid Kapoor was seen working out in the VIP area while Mira was spotted in the general area and made numerous trips to the VIP area.

The couple later exited the gym through a different gate.

According to a report in the Hindustan Times, Assistant Municipal Commissioner of H-West ward, Vinayak Vispute said:

“It was wrong on the part of the gym to remain open even for one patron.

“If gymnasiums don’t follow state, directives they will be booked under relevant sections and licenses will be revoked.”

Vispute also mentioned that the BMC has sent a written notice to both Shahid and the owner of the gym.

They were both reprimanded for violated a health advisory issued by the state government and acting as a risk to public safety.

However, the gym’s owner, Yudhishthir Jaising, stated that the claims were false as the gym was “completely unoperational”.

Shahid also clarified that he was not at the gym for a workout. He said:

“He has been shooting in Chandigarh and had asked me to get some equipment after he sustained an injury (tendonitis).

“I was showing him the right way to use the equipment. In any case, we work out and train together at each other’s houses.”

Undoubtedly, necessary precautions must be adhered to, to prevent the spread of the Coronavirus.

This pandemic has not spared anyone from common people to high-profile Bollywood celebrities as it is effecting people’s health, daily life and income.

Ayesha is an English graduate with an aesthetic eye. Her fascination lies in sports, fashion and beauty. Also, she does not shy away from controversial subjects. Her motto is: “no two days are the same, that is what makes life worth living.”
Dharmendra ‘didn’t like his Daughter Dancing’ and Acting
Ananya Panday blames Director Punit Malhotra for being Single