Why is Diabetes more Common in South Asians?

Studies show South Asian people are at a higher risk of diabetes than any other ethnic background. We look at some of the reasons why that is the case.

"South Asian people have up to a six-fold increase in the risk of developing Type 2 diabetes."

Diabetes is one of the most common health conditions among South Asian people and comes in two types.

Type 1 diabetes is caused by the body not being able to produce insulin and Type 2 diabetes occurs when the body does not respond well to insulin.

Approximately 90% of all cases are caused by Type 2 diabetes.

The symptoms of Type 2 are not obvious and some people can be living with it without them knowing because it develops more slowly than Type 1.

Because the signs are not obvious, many people go undiagnosed. Over 36 million people have the health condition but are undiagnosed in India.

It may seem like the high number is solely down to population but it is also due to it being more common.

This is down to a number of reasons which relates to their lifestyle. We look at the reasons why diabetes is so common and if the risk can be reversed.

How Common is it? 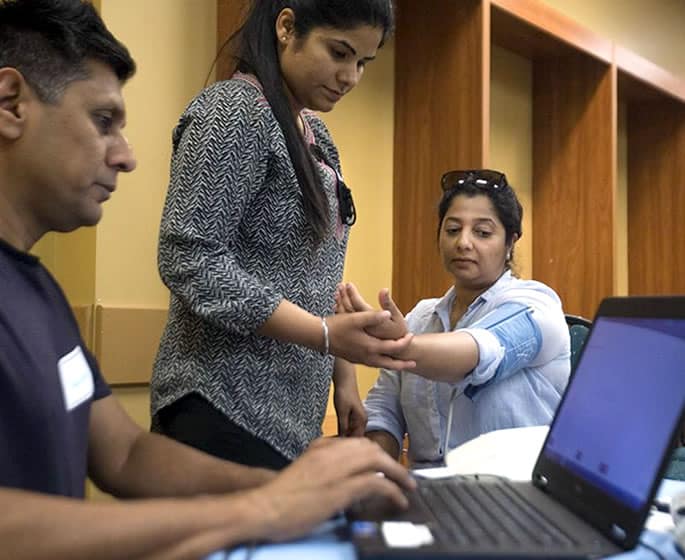 Type 2 diabetes is a huge health problem for people from a South Asian background.

The likelihood of a South Asian developing the health condition as opposed to a European is said to be as much as six times greater.

This is staggering when you consider that four per cent of the total UK population is made up of South Asians yet they account for around eight per cent of all diagnosed cases.

Those who have the condition are three times more likely to have heart disease, just one of the complications that come from diabetes.

Dr Victoria King, from Diabetes UK, said: “We have known for some time that South Asian people have up to a six-fold increase in the risk of developing Type 2 diabetes.”

The difference is even greater among children as South Asian origin children in the UK are 13 times more likely to have it than white children.

Douglas Smallwood, Chief Executive of Diabetes UK spoke about his concern about the high risk among South Asian children.

He said: “It is very worrying that any child is developing Type 2 diabetes as it is usually found in adults, but it is particularly alarming that South Asian children are at such high risk.

“Type 2 diabetes is serious. It can lead to complications including heart disease, kidney failure, stroke, blindness and amputation.”

This is down to a number of factors as a result of their diets, lifestyle and even genetics. 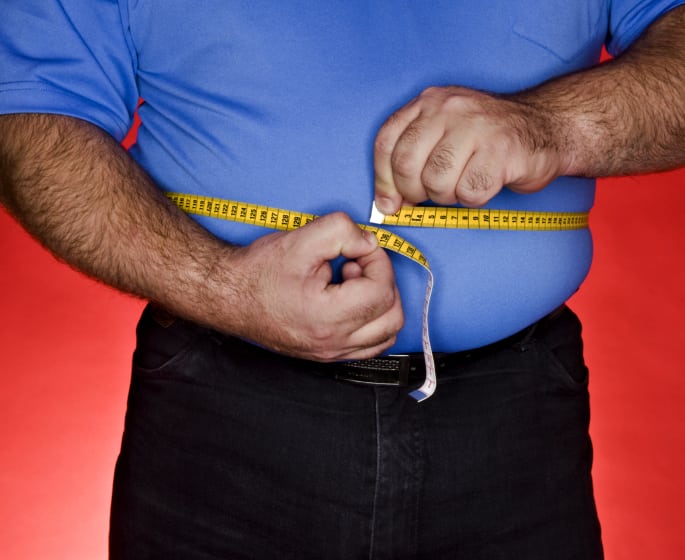 Though it is not entirely known why this is the case, researchers believe diet, lifestyle and different methods of storing fat all play a part in the increased risk of diabetes.

One of the biggest reasons is diet. A lot of south Asian people eat traditional foods which are high in salt and fat.

When combined with western fast foods, this can lead to obesity and ups the risk of developing diabetes.

Obesity, specifically central or abdominal obesity, is strongly associated with Type 2 diabetes and South Asian people are known to be more likely to have excess fat stored around the abdomen.

Another reason why is that the bodies of South Asian people and European people are different when it comes to burning fat.

The ability to process fat is impaired in South Asian people. This could increase the risk of “insulin resistance” which could lead to developing the condition.

A study looking into this trend was looked into in Glasgow. Dr Jason Gill, who led the study, said:

“Our results suggest that the ability of South Asians’ muscles to use fat as a fuel is lower than in Europeans.

“In other words, if a South Asian man and a European man were walking alongside each other at the same speed, the South Asian man’s muscles would be burning less fat and this may contribute to a greater risk of developing diabetes.”

However, this is something which can be improved by doing regular exercise. This may be a key factor in reducing the risk of diabetes among South Asian people. 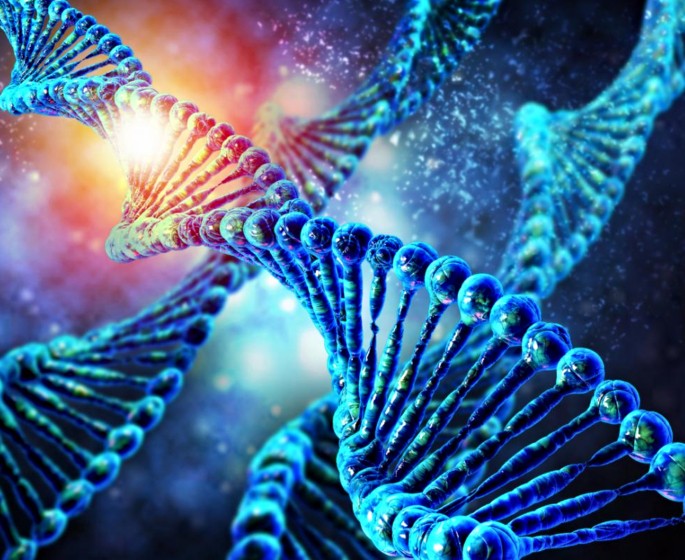 It is true that diabetes tends to run in the family. However, it is a complex issue as it depends on the type and other factors such as diet, lifestyle, and environment.

If your mother or father has diabetes, you have a higher chance or developing it than someone whose parents do not have it.

Other forms of diabetes may be directly inherited, including Maturity Onset Diabetes in the Young (MODY) and due to mitochondrial DNA mutation.

However, both Type 1 and Type 2 are not entirely determined by whether your parents have it or not.

Medical experts also believe that environmental factors act as either “initiators” or “accelerators”.

This includes stress which is the body’s response to a threat, often called the “fight-or-flight” response. Stress raises blood glucose levels and blood pressure.

They do this so muscles will have enough fuel, however, it also increases the risk.

The lifestyle of South Asian people is a stressful one. Family, relationships and finances can all cause high blood pressure.

This may be an issue when looking at why diabetes is more common in South Asian people than other demographics.

Can it be Reduced?

While diabetes is developed as a result of a number of factors and is more common among South Asian people, it is possible to reduce the risk through a number of steps.

One of the main ways is to alter diet. South Asian people eat foods which are high in fat and cholesterol.

Eating foods which are low in carbohydrates and fats will lead to weight loss and eventually reverse the risk of Type 2.

Over time, the results are rewarding and it will leave you feeling more energised and better overall health. 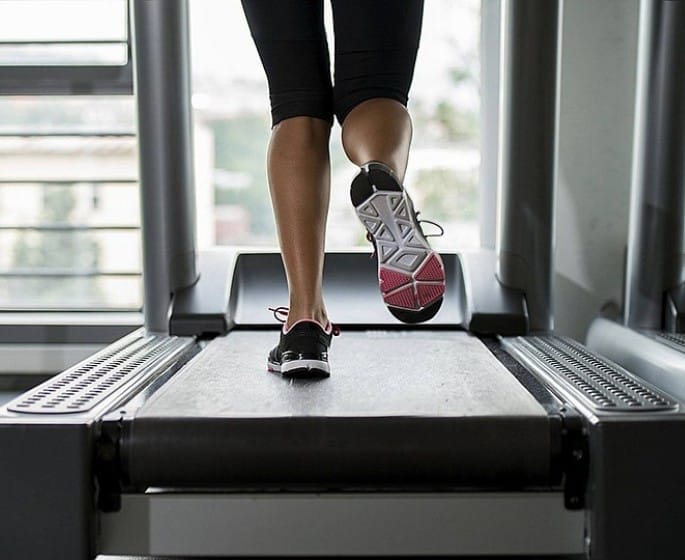 Combining healthy eating with exercise will increase the rate at which you will lose weight.

Arif Qureshi was able to successfully reverse the risk of diabetes. He was at high risk of developing diabetes which was due to a poor diet and lack of exercise.

He said: “I was on the border of diabetes and that was due to poor eating habits and I had to watch what I was eating.

“This is why diabetes is more common in South Asians because their diets are rich in fats.”

By changing his lifestyle, Arif managed to reverse his risk of diabetes.

Mr Qureshi added: “I was able to reduce my likelihood of diabetes by eating more healthy and doing more exercise.”

Switching to healthier alternatives is what many at-risk South Asian people could do to improve their health and to reduce their chances of becoming diabetic.

As a helpful medicinal resource, it is no surprise that turmeric is an effective Desi way of reducing diabetes in South Asians.

According to researcher Mike Barrett, it does not come with any side effects. He said:

“What’s great about the implementation of turmeric is that the spice doesn’t come with the harsh side effects that tag along with historically-dangerous diet drugs.

“Instead of resorting to such drugs, try adding turmeric into your daily lifestyle by using turmeric in a number of different delicious ways.”

These different factors are why diabetes is more common among South Asian people than others. Some even live with it without them knowing.

It affects them throughout their daily lives and increases their risk of developing other health problems such as heart disease in later life.

Thankfully, there are a number of simple ways to reduce the chances of becoming diabetic.

If South Asian people who are at risk alter their diets and participate in exercise, they could eventually reduce the ratio of South Asian to white people having diabetes.

As more studies emerge, there will be more ways to reduce the risk of developing the health issue and diabetes could become less common among South Asian people.

Dhiren is a journalism graduate with a passion for gaming, watching films and sports. He also enjoys cooking from time to time. His motto is to “Live life one day at a time.”
Faryal Makhdoom with Minimal Makeup sparks Reactions
Great Yoga Positions for a Better Sex Life