Eggs are often avoided by those at risk of high cholesterol, but a new study has proven that eggs and other fat dairy products can help reduce our risk of diabetes.

South Asians are six times more likely to develop type 2 diabetes than the rest of the UK’s population.

New research suggests eating one egg every other day can prevent the development of type 2 diabetes (T2D).

Such a new finding may come as a surprise for many of us, particularly with the general negative perception of cholesterol we are used to reading about.

However, researchers at the University of Eastern Finland have proven the contrary.

The result revealed a total of 432 men were diagnosed with T2D. It also discovered a diet pattern that was believed to cause T2D.

The men who ate four eggs per week were 37 per cent less likely to develop T2D than those who ate one egg per week. However, consuming more than four eggs did not bring about further nutritional benefit.

The study also found that glucose levels were lower for the men who took a higher egg intake, even after lifestyle choices such as exercise and smoking were accounted for. 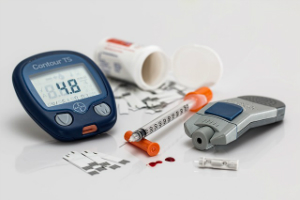 Contrary to general perception, it was the high level of ‘good’ cholesterol in the yolk which was the beneficial ingredient.

Dr Jyrki Virtanen, Professor of Nutritional Epidemiology at the university, pointed out that very little data had been previously gathered on the effect of eggs on reducing the risk of T2D.

He said: “In population-based studies, too, the association between egg consumption and type 2 diabetes has been investigated only scarcely, and the findings have been inconclusive.

“Egg consumption has either been associated with an elevated risk, or no association has been found.”

Dr Virtanen carried on to describe the health benefits of eggs, saying: “In addition to cholesterol, eggs contain many beneficial nutrients that can have an effect on, for example, glucose metabolism and low grade inflammation, and thus lower the risk of type 2 diabetes.”

Besides eggs, high fat cheeses and yoghurts are also found to reduce the risk of T2D by 25 per cent.

Another Scandinavian research undertaken by Lund University in Sweden analysed the eating habits of 27,000 people, aged between 45 and 74 during the early 1990s. After 20 years, more than one in ten persons was found to have developed T2D.

Dr Ulrika Ericson, who led this research, commented: “Those who ate the most high-fat dairy products had a 23 per cent lower risk of developing type 2 diabetes than those who ate the least.

“High meat consumption was linked to an increased risk of type 2 diabetes regardless of the fat content of the meat.”

Dr Ericson concluded that a balanced diet was the key to a healthy body, saying: “We should not focus solely on fat, but rather consider what foods we eat.

“Many foodstuffs contain different components that are harmful or beneficial to health, and it is the overall balance that is important.” 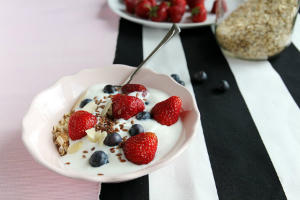 T2D is when the body does not produce sufficient insulin and often requires prescribed insulin to be injected before meals.

Heart attacks, kidney failure and strokes are all possible from a lack of controlling T2D and in many cases can prove to be fatal.

The disease is a growing concern in the UK with over 3 million people diagnosed in 2013. The actual number is thought to be a lot higher with many undiagnosed and unaware of their disease.

South Asians should be on higher alert, as they are six times more likely to develop T2D than the rest of the UK’s population.

Some believe a major contributor is mixing ‘bad’ food groups from traditional Eastern diets brought over from the Asian sub-continent mixed with high levels of saturated fats found in processed food in the West.

But other research has also found that genetics and fat metabolism make South Asians more susceptible to the disease.

Although the ethnicities of the men in these studies have not been indicated, the findings are certainly food for thought and should not be taken with a pinch of salt.

Bipin enjoys cinema, documentaries and current affairs. He writes silly rhyming poetry when free, loving the dynamics of being the only male in the household with his wife and two young daughters: “Start with the dream, not the barriers to fulfilling it.”
Top 5 Breakup Foods
Was Aishwarya and Kalyan Jewellery Ad Racist?